Panic attacks can be a permanent scar, and a visit to Brighton showed me this. 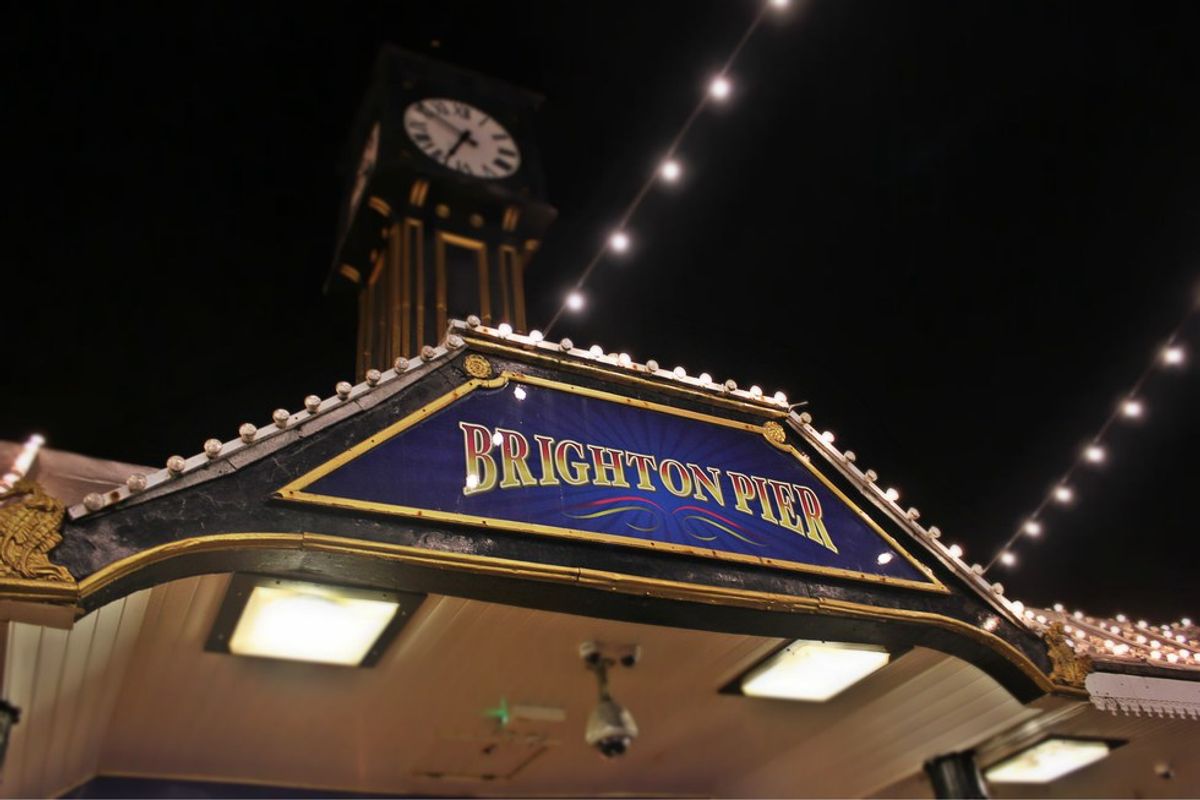 [Trigger warning: discussion of anxiety, panic attacks, dissociation and suicidal ideation. Also, a note from the writer: I know such stories can fill those experiencing anxiety with dread; note that there's a happy ending in the next part of this story].

If I told you this beautiful, tranquil scene in Southeast England -- its rich warm colors and the astounding silhouettes created by an impressive sunset -- was what led to my worst experience of anxiety ever, would you believe me?

If you were an anxiety sufferer, you would scoff at me. “Of course,” you would say, perhaps recalling an incident yourself. “They can happen anywhere, at any time; stressed, or not. Sometimes they just seem so random, and you wonder why it even happened.”

But if you were not, it would seem strange. You may question how it could instigate a panic attack or any form of anxiety, really. How could something so serene have such an effect on a person?

I do not have an answer for you, even though I was the one who experienced it. As I write, I look back and still question why this scene seemed to fuel the anxiety I had experienced. Was it the intense exposure from the sunlight? Was it the oddity of the colors reflecting over the city that made me feel so uneasy? Did I just secretly hate the sun?

What I can tell you is that it was not odd that it happened. I had been experiencing a lot of stress at school, leading to my being home-schooled to avoid the daily sickness and dread I felt for no reason. I was avoiding with my problems instead of facing them.

Do not get me wrong: facing one's fears is not an easy task. I did what many did in a situation that scared them; I escaped from it.

But this did not help at all.

Imagine a stack of cards; something really nice. It is not that stable, to begin with, but it still manages to make itself stand tall as much as it can. Now, imagine someone comes over there with a hammer and literally beats the shit out of it; just giving it a really good demonstration of physics. The paper cards are crumpled and ruined, and an attempt to put it back together fails because the cards are bent out of shape.

This was my first experience of a panic attack. When it finally happened -- something I had never experienced before -- it shook the foundations of my existence. I wanted to put myself back together, but I could not.

What made it worse was that it happened in my place of solace; my room. Before, if the world had proven too stressful, I could at least know that here I was safe and free from the nervousness that latched onto me outside.

But, as I sat there one day, my mind exploded. Suddenly, my head was amassed with a surge of dizziness and confusion, and my heart pulsated as I tried to comprehend what the fuck was going on. I threw myself onto my bed, as an onslaught of thoughts filled my mind. They kept flowing, and they would not stop; some of them demanding I question my existence, the others telling me I was dying and others that I should kill myself.

As I clenched my head between my hands, the only beacon of light was to think of my sister. I saw her smiling over the horrific thoughts that filled my mind, and I remembered how much I cared for her. I knew that I had to stay alive, for her.

Love won the battle, and the commotion stopped, but I had changed. As I returned to my seat, there was a weird barrier that separated me and the screen. An attempt to look at it made my mind foggy and blip as if there was a sort of glitch in my head.

This experience did not go away, and this was unfortunately not the last time it would happen.

On the pier of the quirky city of Brighton, during the magnificent sunset, my mind once again exploded. As I looked around at the scene cast in a beautiful orange glow, unreality took over. Time moved oddly; my awareness of the walk back to our hotel was sketchy and missing its parts. I recall seeing myself in the reflection of a bus’s glass, a neutral glare staring back. The world looked flat, and I felt nothing.

I hoped it would be temporary, but it was not. Existence itself had become unreal. Experiencing the world made my mind foggy, and I felt like I lived behind a pane of glass. Going outside really did not fare well with my mind, and it made me constantly want to escape. I could no longer focus on conversations, returning to my mind; the hideous thoughts of my panic attack returning, making me question who I was, what the world was and why any of it mattered.

I could no longer look in the mirror. This was not an emotional metaphor: there was a literal separation between myself and the person that looked back. Attempts to do so made the feeling of unease and confusion return.

There were times when I would get incredibly depressed for a few moments, my mind filling with notions of my existence being false. I could not escape this, and so I would wait it out. Eventually, it would go away, but they would be a permanent stain on my cognition. I would fear their return throughout the day because they would always return.

Leaping ahead to late 2016, I found I would be returning to Brighton. My original experience, the memories that were still lodged in my mind, resurfaced. My anxiety was already significantly conquered from that period of time a few years back, but I was still nervous. I knew I would fare better (and I did)… but this was where it happened. This was where I had lost control.

It is surprising how something so distant can still create such fear.

End of Part 1.
Report this Content
This article has not been reviewed by Odyssey HQ and solely reflects the ideas and opinions of the creator.