What It's Like Competing as an Individual vs a Team 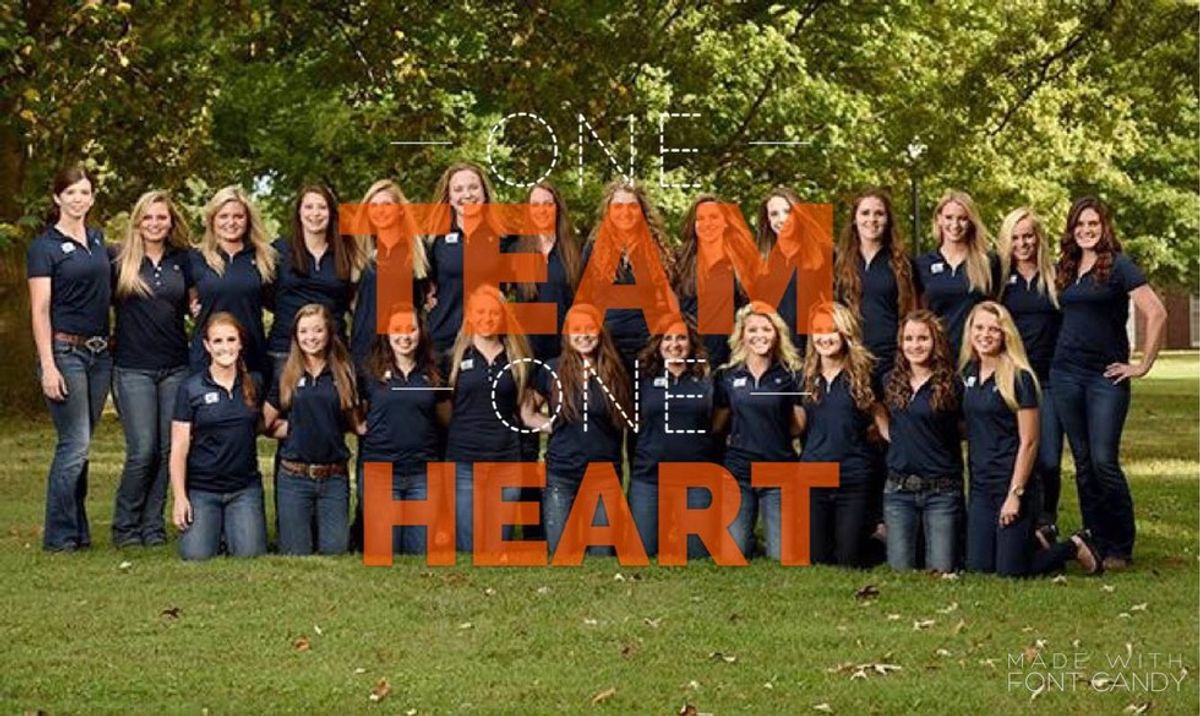 Let me start by saying that I'm on the Equestrian Team here at UT Martin, and I couldn't be happier. I love my teammates, going to competitions, traveling together and cheering them on. They’re my family.

But in high school I wasn't on a team. I rode at a local barn where I kept my horse and when we went to horse shows it was all about me. I was the one paying to compete, but I was also the one who brought home a blue ribbon at the end of the day. When we won it was all because of me and my talent and hard work. Transitioning from a survival-of-the-fittest mentality to a team format has been challenging.

The horse show circuit outside of college is brutal. Yes, I have friends on the circuit and I’m happy when they ride well and even happier when they win but at the same time I know that if I have to compete against them one day I won’t want them to win. I want to win. And if that means that they have to lose then so be it.

Now that I’m on a team though, everything has changed. There is still competition inside the team; girls who are riding well are the girls who get to compete. I’m a competitive person, and if this wasn’t a team sport I would be gleeful when someone messed up during practice because that increased my odds of competing. But instead if another girl is riding better than me I want her to compete because it’s better for the team as a whole. And that is a foreign concept to me. Because while I want to win there is still something inside of me that says, “I want me to win.”

Because of this team I learned how to put my own wishes or desires aside and look at the team as a whole. Instead of focusing on my own strengths I’ve learned to look at the strength of this team when we work as a unit. Because watching and supporting my teammates has allowed me to learn from their mistakes and use each other’s strengths and weaknesses to strengthen the entire team. One of the hardest lessons being on a team has taught me is to trust my coach; I need to trust her to not only make me and my teammates the best athletes we can be but also to make the right calls. On the show circuit outside of college you don’t have a coach, you have a trainer and you pay him or her to make you personally the best rider you can be. But a coach has a different goal, my coach’s main priority is not me individually but the team as a whole. Learning to differentiate between a trainer and a coach has been difficult but has also taught me to trust in my coach and her experience.

Being on an equestrian team adds even more difficulty to the transition because unlike basketball or football that can have their coaches coaching them through the game when we compete our coaches are not allowed to give us any direction while we are in the arena. This means that one of the things we practice the most is how to think independently because we need to be able to make our own decisions when we are in the arena and get into a tough situation.

My team has taught me how to be selfless, how to learn from other’s mistakes and most importantly how to work together as one unit towards one goal. I’m glad I competed individually in high school because it gave me the confidence, determination and drive that brought me onto the team here at UT Martin, but I’m even happier that I have the opportunity to be a part of a team.