It's like putting together gasoline and a flame, not the best idea 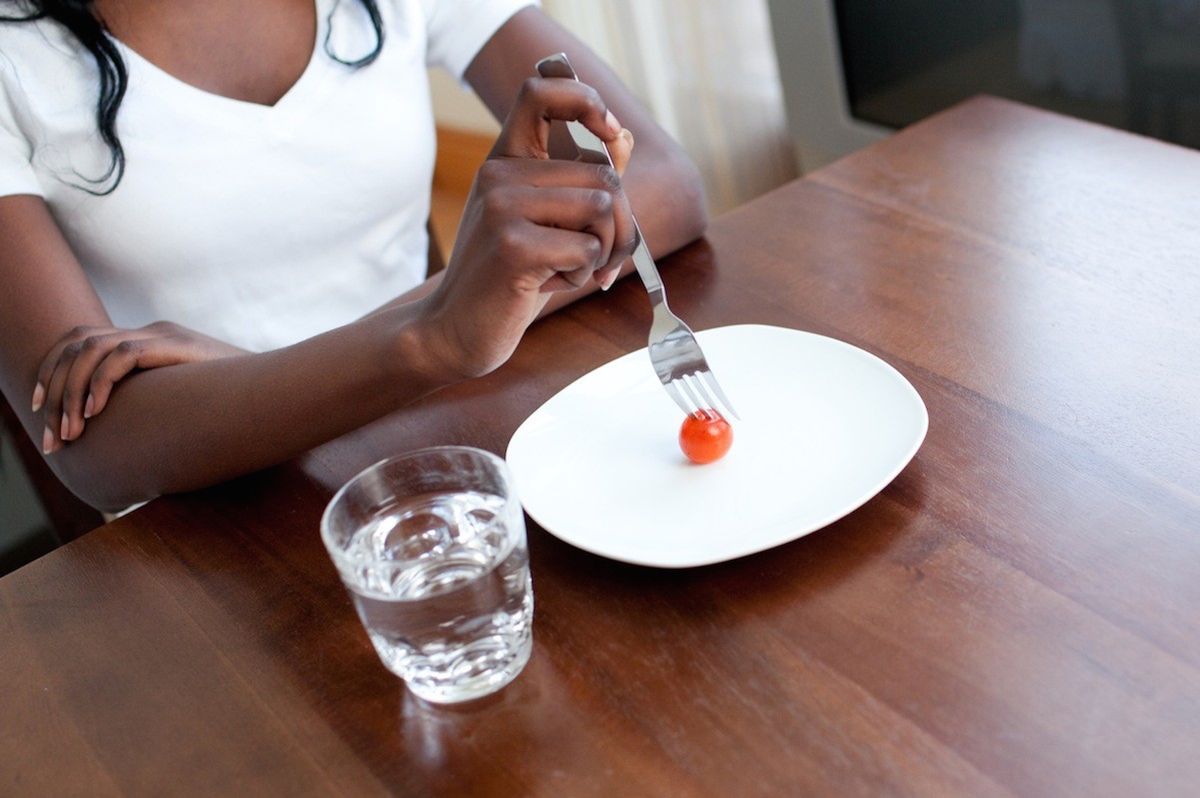 I'm sure as we all know, attending college on its own is a pain in the you know what...but attending college with an Eating Disorder? Don’t even get me started. I struggled with Anorexia and Bulimia ever since sophomore year of high school and went through treatment my senior year. I thought my journey through treatment would be the hardest thing I'd ever go through, but boy was I wrong.

I spent my summer before college living the life I always wished I could live during the darkest days of Anorexia. Just months out of the program, I went out, drank, partied, and allowed myself to eat whatever I wanted. Bottom line, Alcohol equaled eating without thinking. During the day, although making great progress in my recovery, disordered thoughts surrounded me when it came to each meal. At night, when I was out with my friends and alcohol was in the mix, there was no limit to what I could eat. During this time, I had no idea I had a problem; I was just doing what everyone else around me was doing, sipping and having fun. Because of my experience with alcohol in the summer, I thought I was an expert when it came time to drinking in college. This is when it all went spiralling downhill.

Think about the stress that comes with beginning college and multiply that by infinity. That's what I felt. I had to figure out how to adjust to a completely new life while also adjusting to the still lingering Eating Disorder. My first night out at school, I blacked out. I thought this would be a one time thing thanks to my excitement around beginning a new chapter. Once again, I was utterly wrong. Drunk nights turned into days, and days turned into weeks. Any opportunity I had, I would drink. In the back of my mind I knew that my consumption was because I could finally eat without guilt, but I convinced myself it was because I was in college and that's what everyone did. Not only did alcohol help curb my anxiety around food, it gave me the confidence I never had. I was able to love myself, reduce my social anxiety, and on top of that, EAT? Sign me up.

Each morning after a blackout, I would promise myself and those around me that I would try to never black out again. I would monitor my consumption and make sure that I wasn't falling asleep in a bin of food before bed. I lied. The hardest part about this was that although the vodka may have kicked anxiety's butt while I was shoving food in my mouth the night before, it was one hundred times worse the next morning when I realized what I had consumed before. Knowing the damage the Eating Disorder and I had done, I wouldn't allow myself to eat all day until it was time to drink again the next night. I couldn't afford to eat anything when I was sober because I wasn't sure what would be consumed when drunk.

The vicious cycle continued for months, starving all day, drinking and eating all night, waking up in a random person's room covered in regret the next morning only to remember nothing. Not only were my friends getting tired of playing mom and waking up to texts asking what happened the night before, but I was getting tired of feeling like I was hit by a bus of guilt. My grades suffered, my relationships suffered, and my body suffered. The number one issue that came with this was the fact that I had no idea I had a problem. I had no time to realize there was an issue because the second I was sober again, I would drink. Any opportunity I had to fill my void and to allow my mind to be free, I would use alcohol to do it. A food truck at school? Let's drink for it. A talent show with food at it? Let's drink for it. A night in on a Wednesday? Lets drink for it.

Before I knew it, I looked in the mirror and saw someone I didn't recognize. My face was swollen, my body was stretched out, my eyes were sunken, and who knows what was going on inside. My body had suffered enough while struggling with Anorexia; alcohol could have only made it worse. Oh and did I mention that purging didn't stop either? When I wasn't able to become drunk enough to forget what I ate, my good friend Bulimia would ease my mind. No one knew that I was thinking this. Yes, people saw my actions while drunk. But only I was aware of the deeper issue.

I had learned the hard way. I entered college without being fully recovered. I used alcohol as a new form of control because I no longer could control my eating. I was still starving and the only thing that would cure my starvation was alcohol. It took an entire year for me to take a step back and look at my reflection and realize what I had done. I barely remembered my first year of college. How could I let a year go and end it to only remember the hangovers? I remembered what I went through to get from my lowest weight to where I was before entering college - the effort I put into recovery. I needed to find that strong person again and fight two times harder. It took time, a lot of time. I can’t say exactly what helped me stop relying on alcohol to eat each meal, but I believe in balance. Everything happens for a reason and I know now, that I am sober, that what I struggled with was a test of God that I failed before I passed. Each person likes to have control in a different way, and I used alcohol to feel control when the Eating Disorder could no longer do so. I know now that I don't need to drink to feel comfortable with myself, I know now that I can still drink without having to black out and be able to eat, and I know now that although recovery is hard, it is worth it. I’ll never get back my freshman year of college but I know that getting better allowed me to live the next few years to the best of my ability.