Colin Kaepernick Is Making History For Standing Up For Minorities

Colin Kaepernick Is Making History For Standing Up For Minorities

People are saying Colin Kaepernick is disrespecting the military by not standing up for the national anthem. 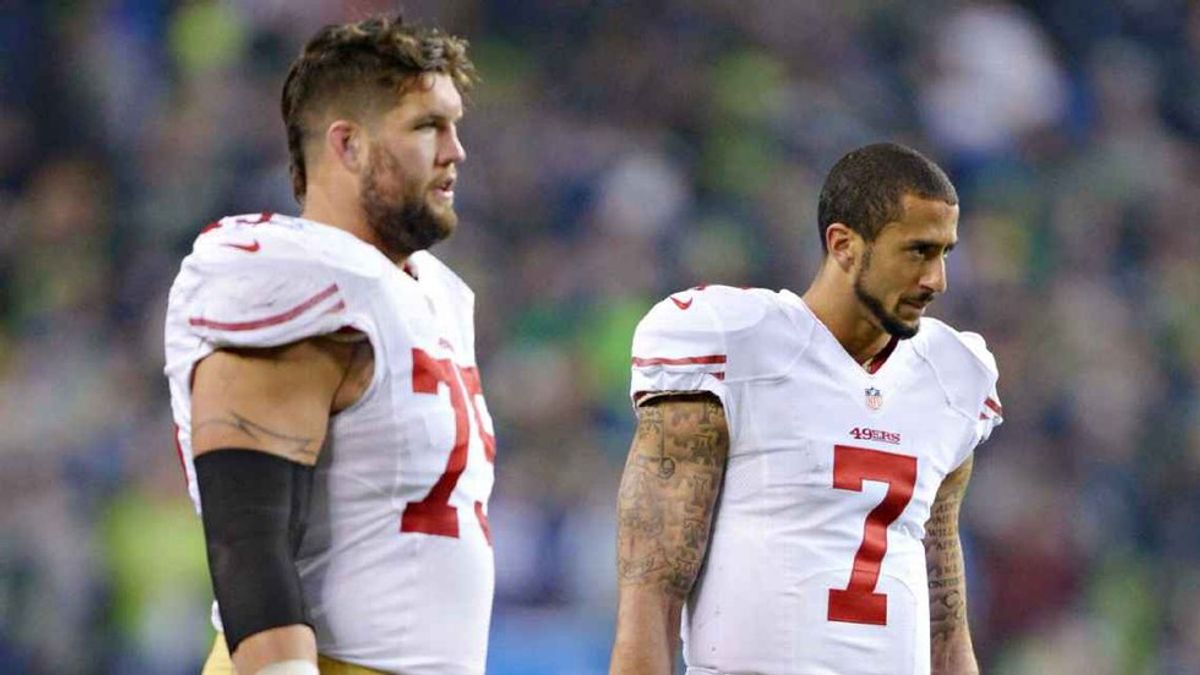 Colin Kaepernick has been making headlines in the news by not standing up for the national anthem. Kaepernick told NFL Media after the game that he was "not going to stand up to show pride in a flag for a country that oppresses black people and people of color," adding that the issue is bigger than football.

By Kaepernick taking a stand for civil rights, he joins other athletes, such as NBA players Dwayne Wade, Chris Paul, LeBron James, and Carmelo Anthony, who spoke about these issues at the ESPY Awards back in July. There, not the only ones that have addressed these issues WNBA players and NBA players has brought awareness to this issue as well by using their personal platform and raises awareness to issues that are affecting minorities across our country.

People took to social media and stated that Kaepernick is disrespecting the military, which wasn't his intention here. "Ultimately it's to bring awareness and make people realize what's really going on in this country," Kaepernick told the San Jose Mercury News on Sunday. "There are a lot of things that are going on that are unjust, people aren't being held accountable for, that's something that needs to change ... this country stands for liberty, freedom, justice for all. And it's not happening for all right now."

We cannot continue to ignore the issues we are having in our country and that's exactly what Kaepernick was trying to say and standing up for, but people didn't see it that way and took it personally. Racism still exists in our country and people are refusing to acknowledge that it still exist in our society. When people see something wrong they are afraid to stand up for what's right.

Our system is broken, as the racial issues still exist. You have law enforcements that are taking innocent lives for no reason at all whatsoever. These things are getting out of control and for us to be racially divided is not the way our country should be and something that we shouldn't stand for.

Athletes have power, and they are the ones that can get our voices heard for the people that are less fortunate than they are. Kaepernick, is biracial, and he has been very outspoken on social media about the police shootings of unarmed black men and women. He has also spoken on issues such as the presidential election, and other civil rights issues. His recent behavior is just an example of professional athletes taking what they consider being principled stands against what they see as injustice in our world.