There are some things that can never be outdone: this is one. 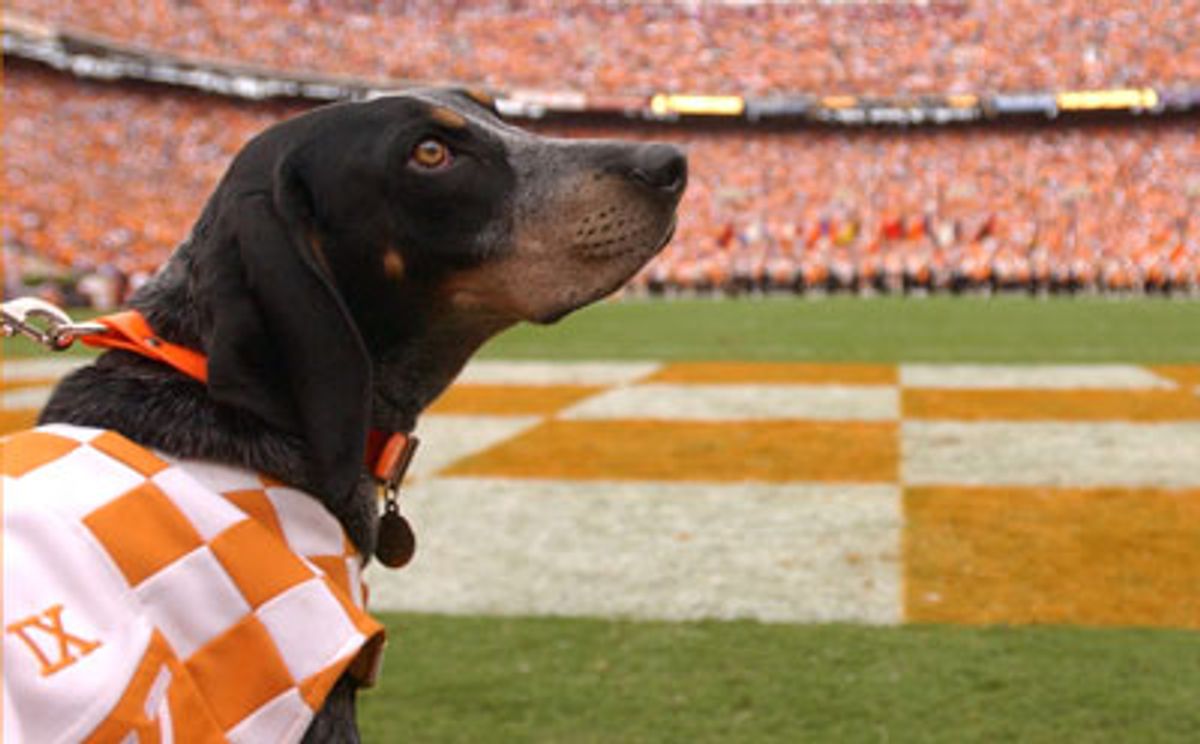 The tradition that lies within Tennessee football is truly a beautiful thing.

There is something special about being on Tennessee's campus and seeing a literal sea of orange. General Neyland's game maxims become imbedded into your memory (maybe not all 38 – but at least the famous 7). Rocky Top becomes your favorite catchy tune that you never get tired of hearing, especially when it's playing because a touchdown is being celebrated. You know that the Pride of the Southland marching band is the best band at any school. Ever. The players running through the T gets your blood pumping like nothing else can.

There are some things that we as a fan base hold near and dear to our hearts and rightfully claim as our own. Some of my fondest memories come from watching players like Robert Meachem receiving touchdowns in the iconic orange and white checkerboard end zone, as well as watching players like Eric Berry keeping other teams from entering it.

It wasn't until the summer before my freshman year of college that I learned the meaning and history of the checkerboard pattern to Tennessee. On a Thursday afternoon I was touring campus and it was my UT ambassador who told the story that made me understand and appreciate the history behind our orange and white end zones.

The most well known building at the university lies in the dead center on top of the oh-so-beloved hill. Ayers Hall is tall, beautifully built, and you can see it from almost anywhere on campus. This rang especially true to the football field long ago before it was built up to be the Neyland stadium we know today.

Atop of Ayers Hall you can find a subtle checkerboard design. With a clear view of Ayers from the football field, it was General Neyland (head coach from 1926-1952) who began the checkerboard craze. When the Volunteers were on offense and facing in the direction of Ayers, General Neyland would say things to his players like, “Don't stop until time runs out or until you reach the checkerboard and once you get there…get there again" as well as, “Charge the checkerboard!" These words were used as motivation for his players to keep pushing to make it to the other side of the field for a touchdown.

The checkerboard end zones were later introduced when Doug Dickey became head coach in 1964. He decided to have the end zones painted with the school colors of orange and white after being inspired by a magazine ad. The end zones became very popular until a short four years later when the field got redone in 1968. It wasn't until about twenty years later in 1989 that the checkerboard end zones were once again rightfully placed on opposing sides of the field.

Bob Campbell, who used to be Tennessee's director of sports surface management, told ESPN that he has never realized the distinctiveness of the checkerboard end zones until years ago. He came in contact with a friend who worked at Iowa State that told him there had been a poll conducted in Des Moines of the most recognizable sports venues in the United States. “There was Yankee Stadium on the list," Campbell said. “And Fenway Park and Wrigley Field. And darn it, if our checkerboard end zones weren't in the top 10!"

To this day, the checkerboard end zones are iconic and special to Neyland Stadium. Over the years we have watched players celebrate hundreds of touchdowns in them. The pattern can be seen on overalls, corn hole boards, socks, t-shirts, tailgating tents, you name it. In 2014, Tennessee fans managed to pull off the task of checkerboarding the entire stadium. Other schools and fan bases recognize it. If you ask me, my opinion is clearly that Tennessee owns the checkerboard pattern and always will. No one will ever be able to pull it off like the Volunteers, no matter how hard they might try.

So here's to you ole' Tennessee, and here's to the Tennessee traditions that will never be outdone.