It's Time To Change The Richland High School Bomber Mascot

It has got to go. 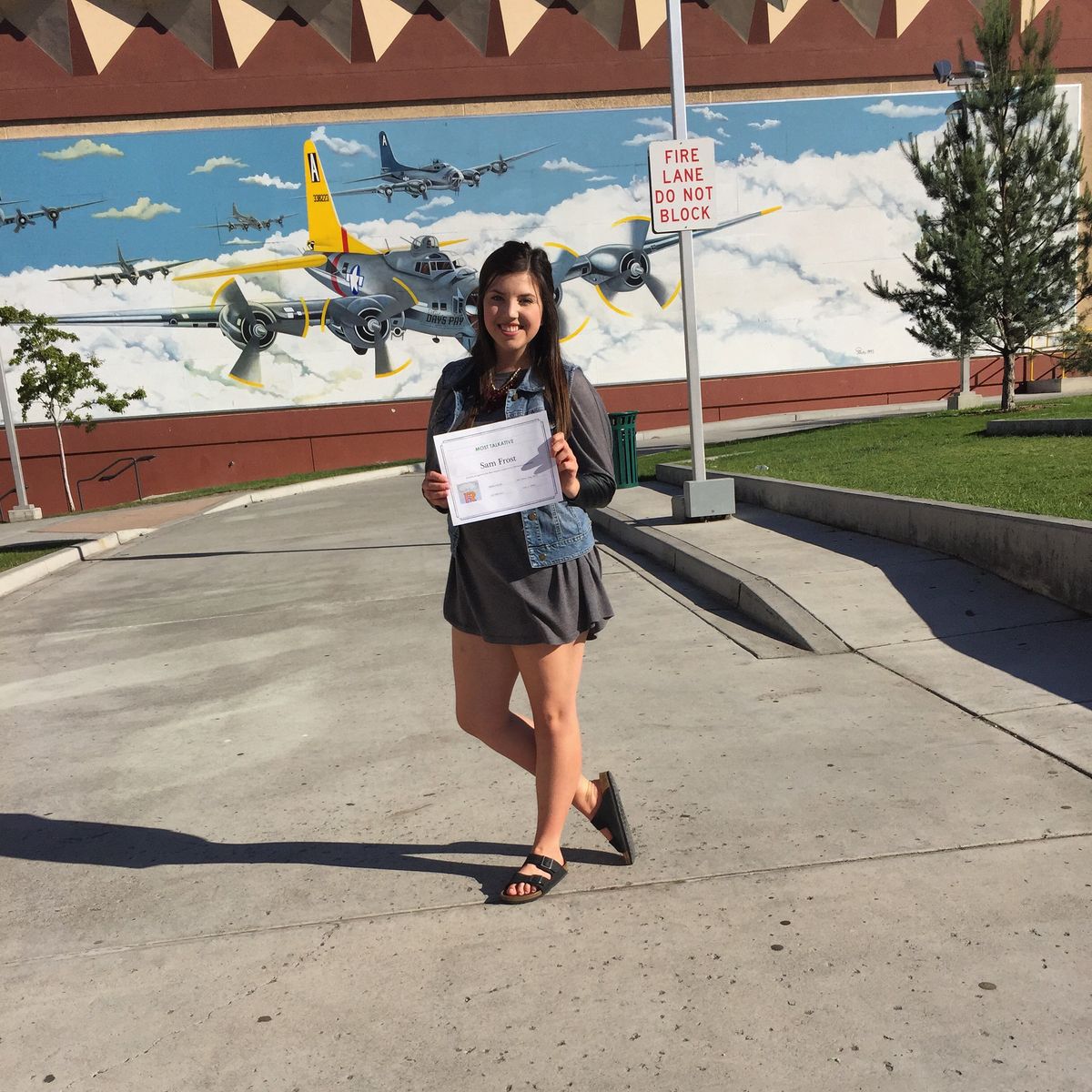 Step inside any 'ole High School. What do you see? Infinite rows of lockers that stretch from floor to ceiling, mundane patterns on the tile floors, colorful posters declaring pep rallies and blood drives, freshmeat dressed to a tee and seniors slopping on sweatpants that may or may not have been washed in a month. Richland High School has all of those qualities and maybe even has some better qualities that make it stand out from the crowd.

The most unique feature of RHS? Their mascot: Bombers.

The gold "R" with a mushroom cloud exploding behind it became the face of RHS ever since Columbia High (now Richland High) students voted to change their mascot from the Beavers to the Bombers in the fall of 1945. The bombs the mascot are referring to are Fat Boy and Little Man, which were dropped on Japan in the beginning of August in 1945.

Richland High School is located in Richland, Washington, where the Handford site is located. Beginning in 1943, the site was used to produce plutonium for the bomb that brought an end to World War II. This was part of the Manhattan Project.

Richland found pride in the victory and this pride leaked into Richland culture just like the toxic sludge leaked. The city has restaurants, bowling alleys, stores and coffee stands sporting terms like atomic, bomber and bunker.

The high school is decorated with an absurdly large BOMBERS plastered on the side of the gym that can be seen from the opposite side of the Yakima River; atomic clouds litter the buildings; an over-sized, gaudy R-Cloud lays on the center of both gymnasiums. Students wear t-shirts with bombs and atomic clouds, using hashtags like #ProudoftheCloud and #GoBombers.

The highly controversial mascot has always caused a buzz amongst not only the Richland community, but statewide. It is time to shut up and actually do something about it. The time has come for Richland High School to change the Bomber name.

Before you chase me with a pitchfork, take a deep breath and keep reading.

The plutonium built is a huge part of Richland history. The Manhattan Project brought scientists, engineers and those to support them to the Tri-Cities. I understand that.

I also understand that the United States only had limited options when it came to ending WWII: Invade or use the atomic bomb. Now comes the great debate that scholars have, whether those were really the only options. The unfortunate reality is that the damage is already done. I don't want to focus on whether the US government made the right call. I think it is impossible to really know. What matters is that the US dropped an atomic bomb, the only time a nuclear bomb has been used in the history of the world, killing innocent people in order to save others.

It is estimated that 200,000 Japanese people died when the atomic bombs exploded, and thousands more died later from radiation exposure. Over 200,000 men, women and children. People who may not have agreed with their government. People with hopes, dreams and aspirations were lost in mere moments. Why do we celebrate this?

It is a bitter pill to swallow and maybe that is why we have been avoiding it for so long.

Forget about political correctness, forget about the snowflakes who cry that we are horrible people. Forget about all that crap and think about the average Joe who died because their government chose to not surrender. Think about how many times you scoffed at a decision a president made. As a civilian, would you accept being obliterated for a decision that President Trump made? What about President Obama? Or President Bush? Or President Clinton?

If you answered 'yes' to every single one of those presidents, then you are lying to yourself. Me? No way. I would not peacefully accept myself being blown up because my government made a call to not surrender.

So why do we pretend that there weren't thousands of people like you and me who didn't want to die but didn't have a choice?

Why do we pretend that the bomb we are so proud of doesn't represent the thousands of people who were killed?

Why do we pretend that when our kids wear the mushroom cloud on their chest with pride, we aren't teaching them to celebrate death?

We cannot change the past and we cannot celebrate it, either. Plastering paintings the size of a gym wall and selling onesies designed for newborns with a bomb on it is a disgrace to those who lost their lives to the very plutonium we built.

We should never forget the past. WWII was horrific and terrifying and one of the darkest experiences that has ever happened on this earth. We need to remember it for what it is: A time filled with fear, bloodshed, sorrow and hatred. The bomber mascot warps the war into a time filled with only glory and hard work. These existed but they do not make it OK to forget those whom lost their lives.

Somewhere it got lost in translation that we can be proud we won the war and be proud of the horrors we caused. If we truly wanted to celebrate our contributions, we would focus on celebrating scientific and engineering accomplishments that have occurred at Handford that didn't directly cost thousands of people their lives.

Many people claim that 'the bombers' is referable to the Day's Pay plane. We have got to stop kidding ourselves and pretending that the "bombers" are not representing the bombs dropped on the Japanese.

The RHS mascot glorifies violence and ignores the tragedy our contributions caused. The bombers is a direct symbol of the thousands of lives lost and it is a disgrace and embarrassment to celebrate it.

I am deeply embarrassed that I ever sported bomber gear, and I am guilty of using hashtags that turn a blind eye to destruction. I am proud of Richland High School and I am proud that the allies were able to win WWII. However, I will not celebrate the deaths of the innocent.

I will treat the situation with respect and dignity and look at the consequences of the atomic bomb.

Emmaline B
The Narrative
2769
https://unsplash.com/photos/O0T1SIgHAfM