I have a lot of opinions. 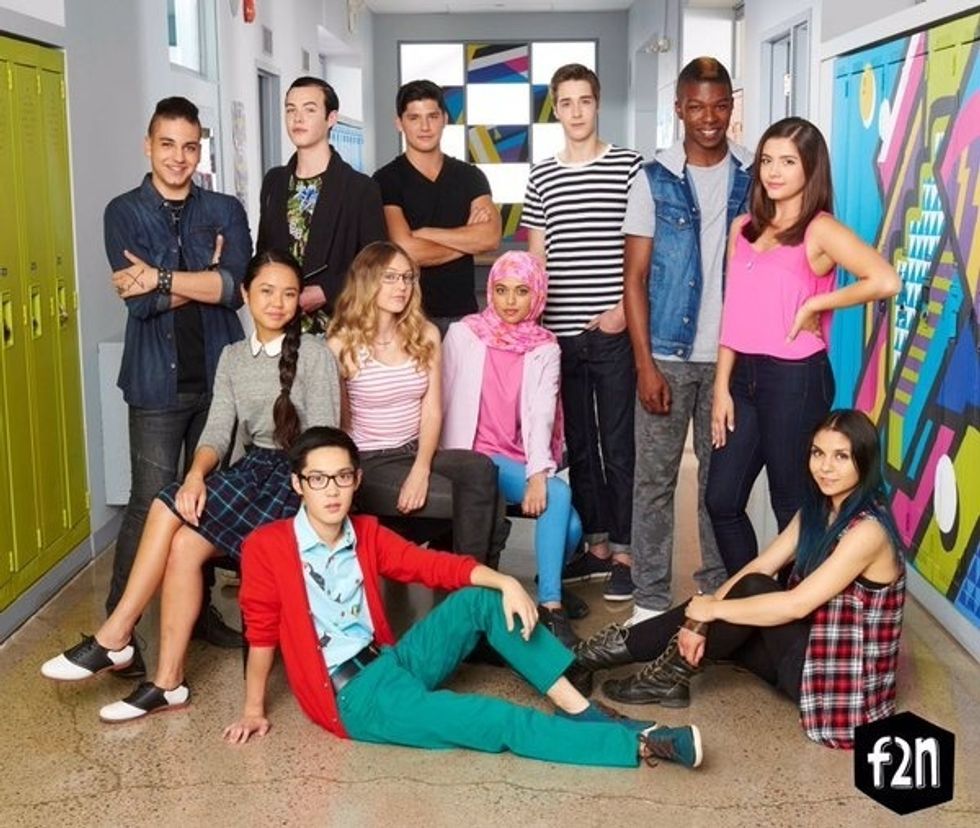 "Degrassi: The Next Generation" was such an important part of my life for many years, especially in high school. Because I've invested so much time into it, I've formed many opinions about the couples on the show. I'm here to present my top 5 best and worst couples. I'll be excluding couples from the rankings who were either queerbaiting (i.e. Grace & Zoe), beards (i.e. Riley & Fiona), blatantly abusive (i.e. Bobby & Fiona), and highly controversial fandom couples (i.e. Zaya, Triles, Eclare). Oh, and any relationships between students and teachers will be excluded because I have too many thoughts about those.

Let's be real: Imogen and Fiona broke up for no reason and the Adam/Imogen plot was dumb. But this one? While nobody died as part of this plot, it was clear that Jack only existed to be a partner for Imogen and had no storylines of her own that got explored. The writers sloppily threw in what might have been a polyamory plot, but scrapped it mid-episode. There was hardly any chemistry between these two, and as much as I love Imogen and enjoyed having her around for another season, I think she should've gone with Fiona and left the show.

Becky grew a lot as a character through her relationship with Adam. While things weren't always smooth sailing, this relationship was great for both characters and I'm forever bitter that they weren't endgame. Also, why can't Drew find any of his own girlfriends? I remember making a joke about how after Adam died, Drew would have to find his own girls from now on, BUT NO, Drianca got dropped & we got the trashfire that was Drecky.

I have absolutely no idea why this happened. None at all. This should not have been a thing. There was no chemistry. No reason for it to happen. WHY? At least they got some cute plots out of it, but the entire time I was screaming at the TV wondering why Holly J wasn't with Declan. Which brings me to my next "best" couple:

I like to pretend "Love Lockdown" never happened. These two were adorable together, and both grew so much in the relationship. Declan changed into a much better person, even if he slipped into his old ways in those episodes I like to pretend never happened. I think he learned and improved during his time off-screen and they ended up getting back together; at least that's what I like to believe.

Let me get one thing straight: there are very few Peter relationships I approve of. In fact, I'm not a huge fan of Peter as a character. I think his friendship with Riley was his redeeming plot. But generally? Peter is trash. The thing I hate the absolute most about this relationship was that Manny has been Emma's best friend for YEARS; the two had been through so much together, Peter did something egregious to Manny, and then Emma's just like "...but...feelings?" Nope. No real chemistry. So glad they broke up. I could honestly make a whole article about the worst Emma ships; Damien falls into a very similar category but at least he didn't do anything so horrible to Manny.

Okay. It took a long time for me to get on board with this one, considering all the people who got hurt along the way. That being said, the amount of growth they both made was amazing, and I hate that they weren't endgame. They both saw each other through so much. Ugh. Bianca and Katie are the only Drew pairings I can ever get behind.

This pairing was so random and unnecessary, and I honestly have never come across a single Gronah shipper in the fandom. Who wanted this? Who asked for this?? Who approved this??? There is zero chemistry between them, and it really feels like the writers just said "hey, everyone in the group is dating someone except these two; let's shove em together and see how it goes." NO. NEVER DO THAT. I thought Grace and Zig were the randomest ship the writers could throw at us, but no, this happened. It also follows the trope I hate of [Jonah to Frankie]: "Oh, no, there's nothing going on between me and her!!! Nothing I swear!!" (next season) "WHOOPS! We're dating now." See also the Brooke/Peyton/Lucas debacle on "One Tree Hill". The ONLY reason this ship isn't my #1 pick for worst ship is because there is truly only one ship worse than this one.

I'm gonna be real honest: I have not caught up on "Degrassi Junior High" and "Degrassi High". I've been "meaning to" do this for years, and never have. So maybe I'll change my mind about these two. However, I think they both grew a lot and I miss seeing them together on the show nowadays.

WHAT THE ACTUAL F IS THIS?? WHO asked for this? This came out of nowhere, and even Stephen Stohn has admitted he hates that they were endgame. However, he missed the opportunity in the reunion episode to mention that they got divorced and Emma ended up with Sean as she should have all along. I will never forgive this ship for existing. Look, I get why Spinner couldn't take Jane back, even if I believe they should have been endgame. But this happened way too fast, came absolutely out of nowhere, and had no reason for existing.

I just don't understand how this was written. Did the writers throw a dart at the wall and pick the randomest plot they could think of? Were they under the influence of a substance? HOW???

I get that hardly anyone ends up with their first love. I get that, but really? Why were they not endgame? They had the greatest love story embedded through the seasons, broke up for no reason, and missed the opportunity to get back together in season 7 when Sean came back when it was clear there was still chemistry on both sides.

Honestly, I think they speak for themselves. Sean & Emma forever!

So there are my picks. I hope we get more episodes one of these days, because I'm ready to have some more opinions.