Why The Best Relationships Come Unexpectedly

The Best Relationships Come Unexpectedly, Everything Happens For A Reason

Everything happens and doesn't happen for a reason, especially relationships. 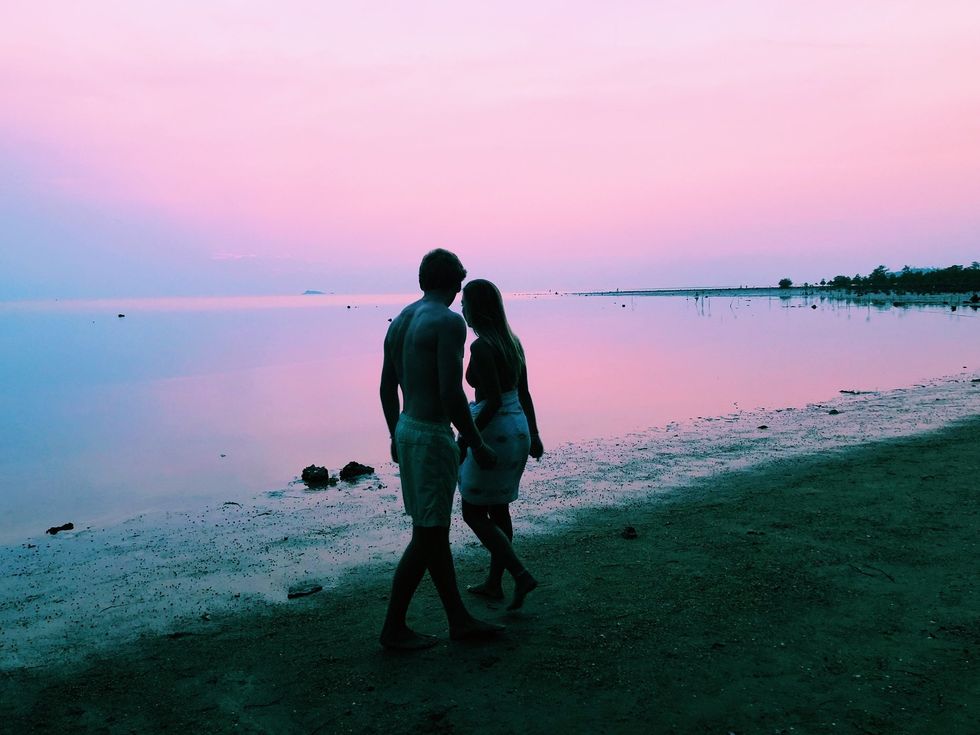 "Everything happens for a reason" my mom used to tell me growing up. A cliché little phrase that always triggered a subtle eye roll. "There's no reason why the ice cream place is closed, it just is, and it sucks" is something I might've said to myself back then when I didn't understand.

It's funny, the way life works, how it's constantly changing. The types of people that come and go, and the type of person you are — so much can change in a year.

I spent my first two years of college messing around, to say the least. Getting into trouble, drunkenly injuring myself and being quite possibly the most obnoxious person at the party, were some of my strong suits. I couldn't wait for change to happen, and it's a wild story, the way that it did.

It was the first week of my junior year. This semester I would be signing up and planning my trip to study abroad in Australia. I was so excited. Finally, nothing could hold me back from taking this opportunity. No more immature boys, no more stupid decisions from here on out. All I had to do was stay out of trouble, out of the hospital and out of the way from any boy who might try and sweep me off my feet.

Only four more months of cold weather and the same old same old and I'll be lying on a beach 10,000 miles from here. Sounds easy enough, right?

It's Halloween, the best weekend of the year if you're a college student of course. My friends and I were dressed up like the three blind mice, dancing on tables, having the time of our lives. If only I knew what tomorrow would bring.

There I was lying on the ground, screaming in agony as I begged my friends to call an ambulance. After an expensive visit to the emergency room, a manila folder of x-rays and a set of ugly grey crutches — I was officially crippled.

Talk about bad timing. I dislocate and fracture my right knee TWO MONTHS before I'm supposed to embark on this adventure of a lifetime. My one job was to not get sick or hurt and this happens. Life was not looking so great at this point, morale was quite low.

Of course, I couldn't miss the next party, even if I was hobbling around on crutches with my entire right leg was wrapped in an ugly black brace.

There I was, sitting on the couch at a party where I used to dance on the tables. It was all really quite fitting. I was literally brought down to earth, taken right off of my pedestal. I was now — oh, god, scary word — approachable.

That's when I met him.

The only guy that came to sit next to the crippled girl in the corner and talk her ear off all night. Talking to him was a nice change. Usually, I went for the assholes who liked the obnoxious girls that danced on tables at parties. He was different, he was one of the good ones, and the saddest part was, if I was physically able to get up and walk away, my stupid self might have.

So we talked, like really talked. And guess what? Turns out he was also going abroad, to Australia, attending the same university I had just been accepted to.

I could literally hear my mom's voice whispering in my ear "things happen for a reason."

Later that night, I'd had enough of the obnoxious drunk people that pranced around the party, clearly showing off their ability to use both legs. So naturally, it was time to go home. After a gentleman-like piggyback ride to my apartment, I clumsily stumbled in the door, full of butterflies. And from that moment on, I knew that I would be spending the next four months abroad with him on a tropical honeymoon, of sorts.

Arriving home for Thanksgiving break, I had to face my mom and explain to her what the hell I had done to land myself on crutches. Two different doctors told us that with the surgery my knee required, I was crazy to think I could still go to Australia in a month and a half.

But things happen for a reason.

We finally found a doctor that was willing to operate the day before Thanksgiving. He said that the next day I would be up and walking to serve myself all the turkey and gravy my heart desired. Before I knew it, my incisions were healed, physical therapy had cleared me and I was packing up my whole life into two awkwardly large suitcases.

By day three in Australia, I had a boyfriend. That cute boy from the party that swept me off my feet. From there we traveled to seven different countries together and our relationship grew stronger every single day. How could this be? How did this all happen?

I tell people this story all the time and I know how cliché it sounds, but the stars aligned. Everything that happened, happened for a reason. That reason shaped me into the person I am today and I will be forever grateful for it.

Related Articles Around the Web
relationships
Report this Content
This article has not been reviewed by Odyssey HQ and solely reflects the ideas and opinions of the creator.