Should We Censor Our Conversations To Avoid Others' Emotional Triggers?
Odyssey

Should We Censor Our Conversations To Avoid Others' Emotional Triggers?

The concept of trigger warnings has more to do with our personal sensitivity to the mental state of others. 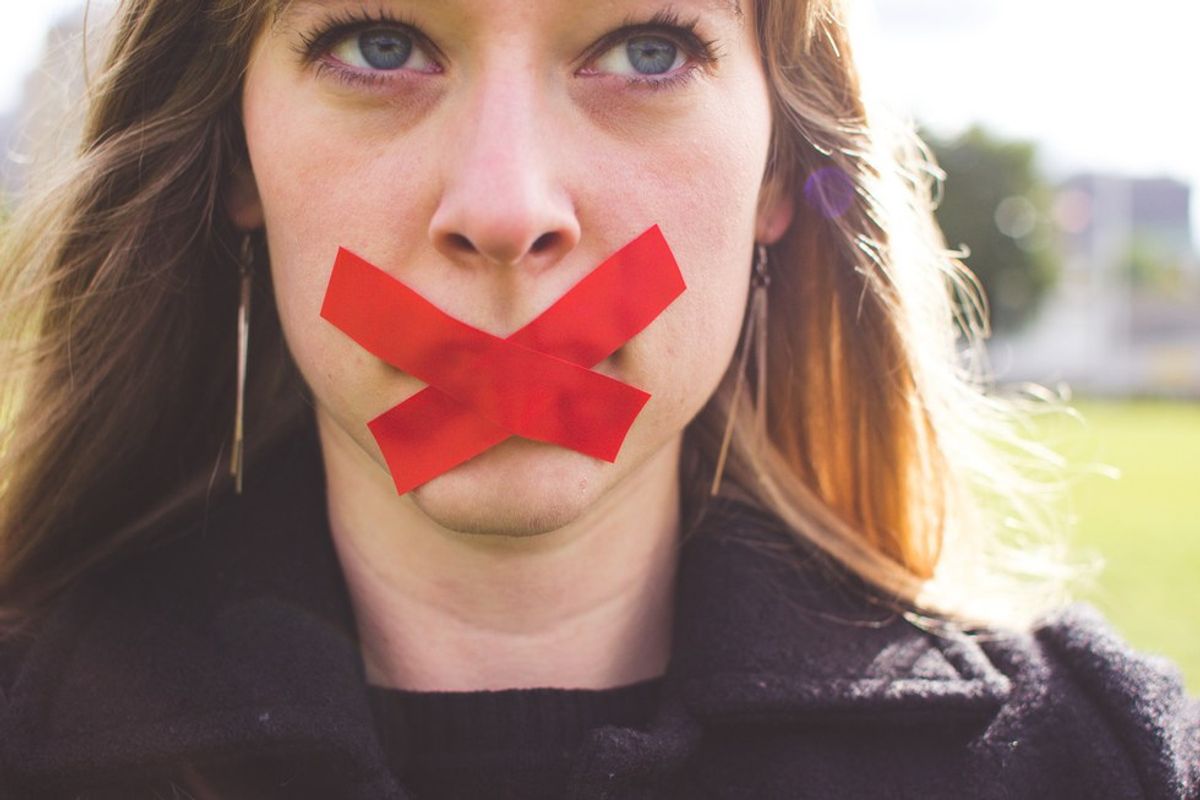 In recent weeks our communities have thoughtfully discussed the concept of trigger warnings and safe spaces in educational settings, and whether they are necessary amidst the range of sensitive topics that are presented in the classroom environment. The intention of the trigger warning, as stated by a William and Mary professor, is to warn the class about, "...potentially upsetting material for someone whose own personal experience of harm could trigger “painful memories, flashbacks, or panic attacks.” As the open dialogue on the subject continues to unfold and expand, a new interpretation, one that fears a threat to academic and educational freedom, has surfaced.

In the opinions of some, trigger warnings allow individuals to live much too comfortably within the confines of their own opinions and values, encouraging closed-mindedness and debilitating sensitivity. Critics are most concerned that we are not accurately portraying the real world, one which is not hesitant to offend or confront. They worry that we are not preparing students to thrive and succeed in a world in which they will frequently face adversity. This conclusion is not completely unfounded and is supported by many. According to AAUP, trigger warnings are detrimental to intellectual development: "The presumption that students need to be protected rather than challenged in a classroom is at once infantilizing and anti-intellectual. It makes comfort a higher priority than intellectual engagement."

The entire debate provokes a question of concern that extends far beyond academics: How far should we go to to avoid triggering intense emotions, flashbacks, or panic attacks that are associated with any individual's negative personal experiences? Is it necessary that we censor our language and conversational content so as to avoid discomforting certain individuals?

Traditional approaches to this argument have been with a "black or white" perspective. Both advocates for and critics of trigger warnings and safe spaces recommend some variety of formal declaration in support of or against this topic of controversy. Whether this is formally instituting or denouncing safe spaces in academic settings, formal recognition appears to be a necessity to those with strong opinions on the subject. This line-drawing process, in which we make a gray issue black or white, has the potential to cause more large-scale tension and conflict than it relieves.

I recommend a much different approach.

First, I stress that we limit the scope of the conversation to that which it was originally intended-- the protection of individuals who have endured, or are enduring, unanimously traumatizing life experiences. For example, protecting those who have experienced sexual assault or suffer from mental disorders from potentially triggering stimuli. This excludes the protection of individuals from beliefs that challenge their own. Second, I suggest that we attempt to view the problem from a different perspective and attack it on a more intimate level.

Trigger warnings and safe spaces are primarily aimed at improving the quality of life for those who suffer from mental illnesses, but these explicit and formal declarations are unnecessary. More important than formal recognition from social institutions is the informal recognition of triggering stimuli on behalf of each of the members of our community that are integral to any individual's personal experience. The reality is that the concept of trigger warnings and safe spaces has less to do with academic freedom and more to do with our personal sensitivity to the mental state of others, and should thus be treated as such. This is done by making the conscious decision not to exacerbate or provoke symptoms of an individual's illness could it otherwise be avoided.

This is not about suppressing voices to prevent offending or challenging the system of values put in place by any particular audience, it's not about being "politically correct" to prevent "feelings from being hurt." This is about being compassionate, considerate, and kind to others, regardless of what they have been through. Remedying the threat of triggers begins with recognizing the impact of our words and actions during daily interactions and improving our ability to empathize with those around us.

This neither requires the condemnation of your system of beliefs or your right to educational freedom. On the contrary, it merely requires an attempt to understand what others are going through, and to offer them compassion.