I Am Another Female Who Is Also So Over Feminists
Odyssey

I Am Another Female Who Is Also So Over Feminists

I've finally come to see the light; I am so over feminists and their radical agenda of equality. 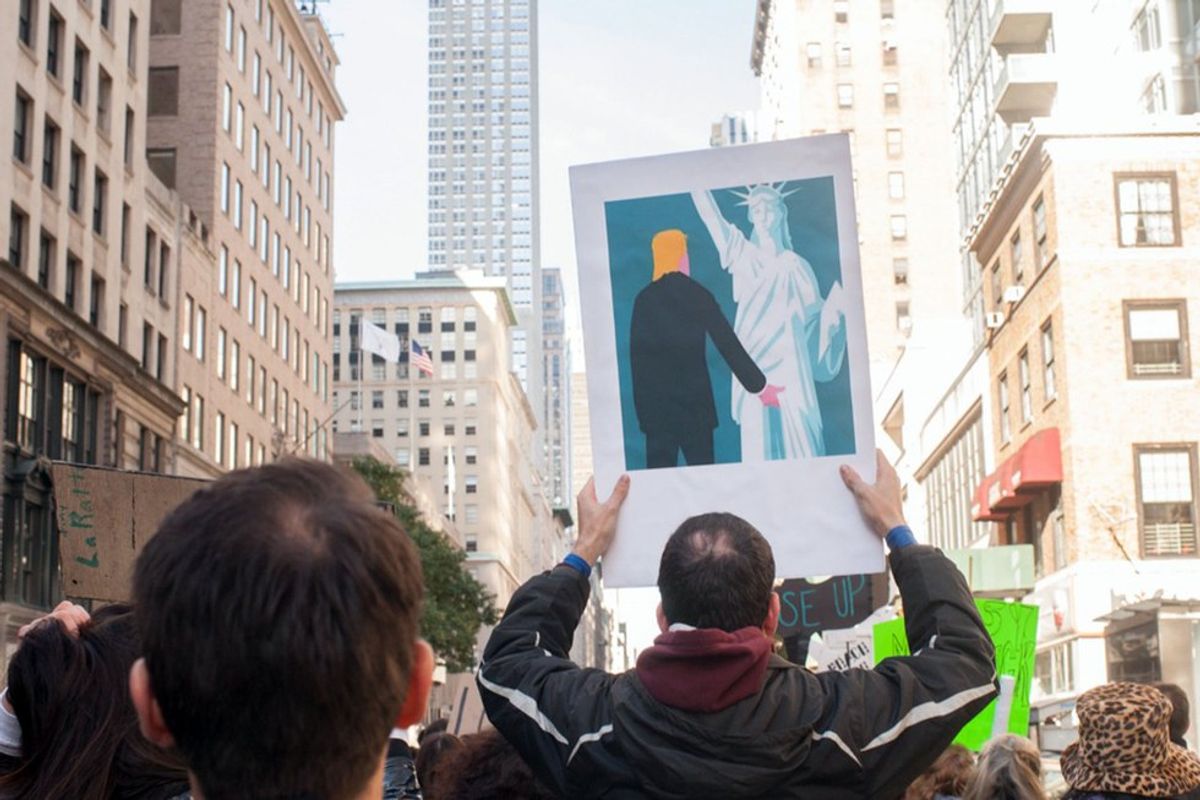 I have been a proud feminist and activist for years now. I protested, I advocated, I wrote. Recently, however, I came across an article that completely changed the way I looked at the feminist movement. It showed me the light, and I am embarrassed to have ever considered myself to be one of those.

"I Am A Female and I Am So Over Feminists" is currently trending again on Odyssey, and while there has been a lot of pushback on the article for being controversial, I actually think it makes perfect sense. Here is why.

The article starts with an anecdote about the author's boyfriend and a conversation in one of his classes about women's sports: "in a room where he and his other male classmate were completely outnumbered, he didn’t have much say in the discussion." Now, I thought that was a perfect way to begin this piece—after all, it is just so unjust for her boyfriend to have to go through the tragedy of being outnumbered in one of his classes due to his gender, especially since those women are the ones who have a systematically dominant position over him in society. I mean, can you even imagine? Everyone should be able to share their opinion and should never have to feel outnumbered or marginalized. Of course, women of color and women in STEM fields and women in executive business positions and women in political spheres and women in most high-level positions in any field face that very same concept when they walk into work every single day, but I digress.

The article goes on: "this is the 21st century. Women have never been more respected."

Exactly. This is the 21st century and so much progress has been made; fighting for anything further is completely extraneous. What more do these silly feminists want? If you still do not understand, think of it like this: slavery and even Jim Crow laws have been abolished, so clearly no racial tensions remain. Black people should just be grateful that their children are only being shot instead of being sold off as slaves. I mean, rather than trying to stop innocent children from being shot, let's all just go back to what's really important here—posting pictures of our lunch on Instagram.

Similarly, rape culture and victim blaming may still be abundant and the President may get away with boasting about grabbing women by the pussy, but we are more respected than we were in the 1800s so we should be grateful for what we do have. In fact, we should be so grateful that our pussies should just throw themselves into men's hands to save them from the trouble of having to actually reach out and grab them.

I am glad this article popped back up right after the women's marches took place, because it was honestly disgraceful to watch millions of women parade around and complain, when, as the author said, we have it so good. We have a president who brags about sexual assault yet still gets elected, but it's okay, don't worry—we have never been more respected. "Relax, feminists."

Another one of my favorite lines is when it reads, "women have more rights in the United States than anywhere else in the world." I feel like no one acknowledges this anymore, and it is so important! We may rank 100th out of 193 countries in the number of women in our Parliment, but political representation doesn't really matter, right?

I do disagree with the author in two areas, however. The first was when she talks about feminists being offended by traditional acts of chivalry on the part of men; I have yet to see these wild feminists freak out about a man offering to open a door for them, and since I have not personally seen it or experienced it in the privileged bubble of my own life, I refuse to believe it exists anywhere. If I do one day see it happen, however, I will definitely believe it and go on to characterize the entirety of the movement by that minority of extreme individuals. I mean, hey, that method of generalization and stereotyping has proved to be perfectly productive with Islam and terrorism!

The second area is when it discusses the wage gap. The article praises the perseverance and strong mentality of the women who have been shattering the glass ceiling, but isn't that the exact type of radical change that feminists support? And aren't those the exact strong women who subscribe to feminism? This part made me pity the author, because it showed that the feminist witches still have some of their wicked spell on her. Praising those women while simultaneously delegitimizing feminists is contradictory—I'll keep the glass ceiling and stick to fighting evil feminists instead, thanks.

The article is definitely right about not blaming men and society for the problem, though. If the particular man in question benefits from the privilege and continues the institution, but did not personally create it, then he is obviously completely innocent and bereft of any duty to use his privilege to break down those barriers. As the article says, let's stop the complaining and stop calling out those who keep these walls in place. They just laid the bricks and cement in place, that's all. And it says later on, it is okay to need our men every once in a while—just not to tear down the barriers they are complacent in keeping up.

Let's move on to the bigger picture, though: what feminism actually means.

The article discusses the idea that "men and women are meant to complement one another." I completely second this, and we cannot continue complementing each other if we achieve "political, economic, and social equality of the sexes" (the definition of feminism). The two are clearly mutually exclusive.

Speaking of this definition, the article also goes on to say, "I don't believe that being a female entitles me to put down men and claim to be the 'dominant' gender." This was really eye-opening for me and I am so glad this article shares a deep, well-researched understanding of what feminism truly is: it articulates the fact that feminism is about putting men down, as clearly supported by its definition pictured above. We really have nothing to thank feminists for besides that bad rep of hating men. Just calling it feminism shows this unequal bias—if feminists truly cared about equality of all genders, then they could have called it humanism.

Just like Black Lives Matter could have called it All Lives Matter instead of being racist and implying that no other lives matter within their very name. Right? Right.

Now, aside from sports and the wage gap which the author discussed, feminists also fight against other domestic issues like a rape culture that results in 1 in 5 college women being sexually assaulted, and street harassment that a majority of women report facing, but those are trivial issues that probably only affect a couple women here and there. Feminists also address issues of gender inequality globally, such as female genital mutilation, child marriage, and female infanticide, but actually, never mind; I don't face those issues in my life, so they must not be important.

I'll end this the way the original article did: "there is no 'dominant' gender. Time to embrace it." That novel idea, my friends, is what I now believe in, and why I am so over feminists and their oh so radical agenda of equality.