Penn Masala Has Been Asking Applicants A Sexist Question Years 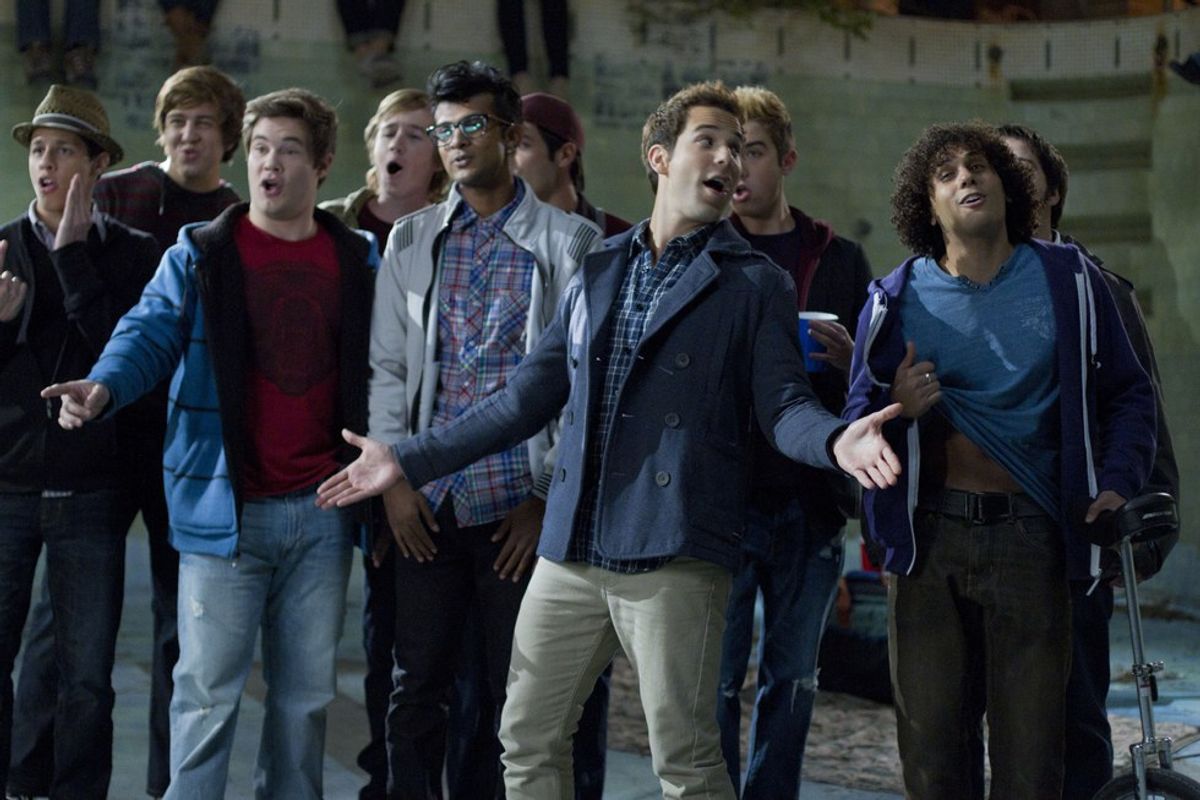 If you somehow haven't heard of Penn Masala, you should definitely check them out. Their music is amazing, and I love them.

Penn Masala is a South Asian, fusion a Capella group from the University of Pennsylvania, and according to their website, they are the first such group in the world. They strive to create music traversing traditional cultural boundaries by mixing popular Western hits with Indian ones. For a child of Indian immigrants like me and some of my friends, it's very relatable and almost comforting to listen to how they, too, go about the process of trying to balance both Eastern and Western cultures. "As the first group in the world to bring the sounds of the Indian subcontinent to a cappella, we've consistently been at the forefront of South Asian-Western fusion ever since," they say.

I thought so, too, until I heard about something pretty uncool that the group did the other week.

Like most college clubs and organizations, Penn Masala sent out a form to be filled out by students who wanted to audition for their group. These forms are used by clubs to get more information about applicants/auditionees, but one of Masala's questions created quite a stir:

Yep. That's right, Penn Masala literally asked applicants to list the hottest girls at Penn. The blatant misogyny and sexism promoted by this question are ridiculously disappointing from a musical group that I and so many others love so much, but what is even scarier to me is that this is not the first time that question has been used.

According to a report by The Daily Pennsylvanian, Masala has used the same form for years, just reprinting new copies every season. Applicants from back in 2013 remember this particular question being on their forms. That means that question has been in use for a minimum of three years, and that it went unquestioned until now. Three years! How is it possible that at least three rounds—and quite possibly even more—of Masala Board members didn't see anything wrong with asking applicants to list hot girls? The question not only perpetuates the objectification of young women by asking male applicants to reduce all the women they've seen on campus to their "hotness" and then to rank them, but it's incredibly heteronormative as well.

As a part of the South Asian-American diaspora's very limited representation, I expected much more of them.

Just as a reminder, this is a college group that has performed for President Barack Obama, was featured in Pitch Perfect, has released nine full-length studio albums, and has toured most extensively out of pretty much any college a capella group in existence.

We often just assume successful celebrity figures who we look up to are good, decent human beings; I know I do, and certainly did in the case of Penn Masala. The reality, however, is that what is preached isn't always practiced.

Ashna Bhatia, a UPenn senior prominent in the school's South Asian groups, said it best when she stated:

"[It hurts] because they very much present themselves as allies. Most of them have been through APALI, which is the Asian Pacific American Leadership Initiative where we discuss things like race and gender. And then they post things for International Women's Day...That is why I was really disappointed [since] they vocally support women through their marketing efforts, but then this happens on an internal basis. [It's] like, 'Did you really believe that in the first place?'"

When the group was initially approached about the nature of the question in the past few weeks, they allegedly said they didn't see what was wrong with "calling people attractive." Yikes.

Since then, however, they have issued a public apology through a guest column written in The Daily Pennsylvanian in which they call the question "completely inappropriate" and an "example of a culture within all-male groups that oftentimes creates and promotes a stereotyped view of masculinity that can lead to physical and sexual violence, misogyny, racism and homo/transphobic behavior." The group has met with various women's groups on campus to try to better understand the impact of their words and how they can "actively turn this into an educational moment and catalyst for change."

In their column they also claim that the apology is not simply "damage control," but rather a genuine attempt to right their wrong. It's not up to me to determine how valid that claim is, which is good because I honestly couldn't say, and had mixed feelings throughout the time I was reading their apology.

What I can say is that I hope their apology and promises are sincere, but that only their actions from here on out—both internal and external—will show that for sure.