When You Are Trapped In A World Of Judgement, You Are That Girl 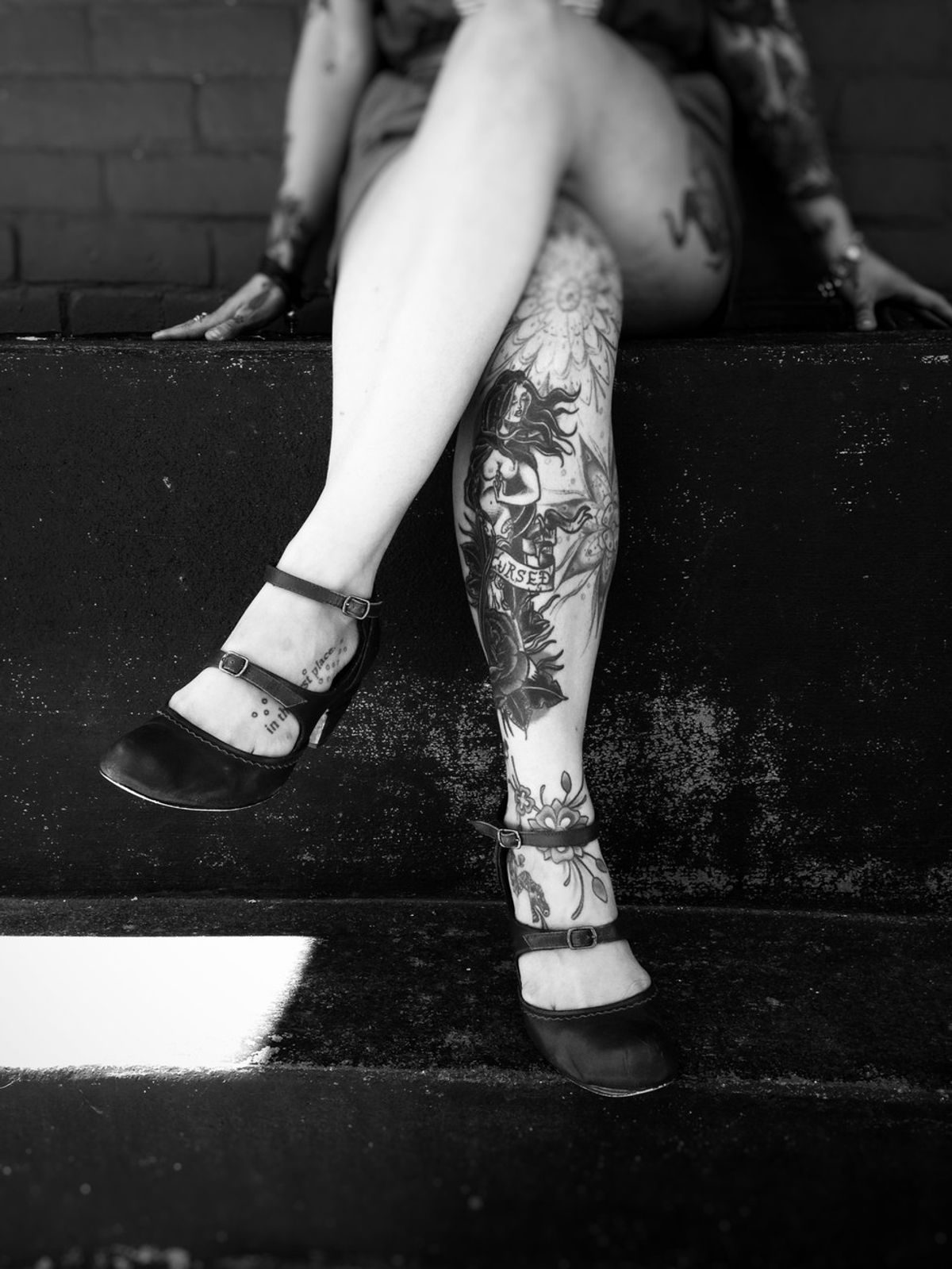 She sits silently, tears rolling down her face.

She feels alone most days, drowning in her thoughts.

While feeling alone, with no one to talk to, or at least that's how it feels.

That girl suffers from depression and anxiety.

She expresses herself in ways unbeknownst to the person next to her.

For every inch of her skin covered by ink is a story, of love, of pain, of life.

That girl you said could never have a real job because of her ink, she owns and operates her own business.

She doesn't feel herself with “normal” hair color, so she has Rainbow Hair.

She chooses to be her own person, not someone who conforms to society's view of normalcy.

That girl you said was the spawn of Satan and would torment children, she has four kids of her own, and she attends every school activity and loves every moment of it.

She's “too pretty to be gay”

That girl spent many years miserable, afraid to be herself because she didn't want to let anyone down.

She suffers PTSD and can't be around certain behaviors exhibited by others.

She can't give her child piggyback rides once the child has touched her throat.

She gets scared when others drink an excessive amount.

You say she's overreacting, but she's a domestic abuse survivor.

She listens to Metal and Rock.

She loses herself in a world of music and isn't the same without it.

That girl uses music as a way to cope and sometimes she needs to check out.

She has her off days just like you, it doesn't make her a negative person….it makes her human.

She freaks out over small things, gets angry when it's not logical, and can be happy all in moments of each other. She isn't bipolar, though you think she is psycho and you know this isn't her norm.

That girl has a hormone imbalance and her Doctor is working on finding her again.

That girl could be you.

That girl is definitely me.

People pass judgment, with and without thinking. The same thing goes with stereotyping, it's all very unfortunate.

That girl, could be one of the most amazing people you've ever met, but how would you know if you don't take that moment to say “Hello”?

Words hurt until you've trained yourself to have the I don't care what they think attitude and to ignore the reactions of others, all you will ever pick up on is negative and the positive will be nonexistent.

Remind yourself daily, you are amazing, you are worth it. Everything you go through daily, everything you've endured; this makes you the person you are today, tomorrow and next year.

Embrace your own beauty and pass it on.

Your smile will make someone's day.

Your words may even be music to someone's ear.

Get to know that girl.

Kassie Hsu
Baylor University
4337
Panda Whale
Here are 100 things I'd rather to than study. I know the semester just started, but
Featured