My Afternoon As A Football Player
Odyssey

My Afternoon As A Football Player

When an argument turns to a challenge, everyone loses! 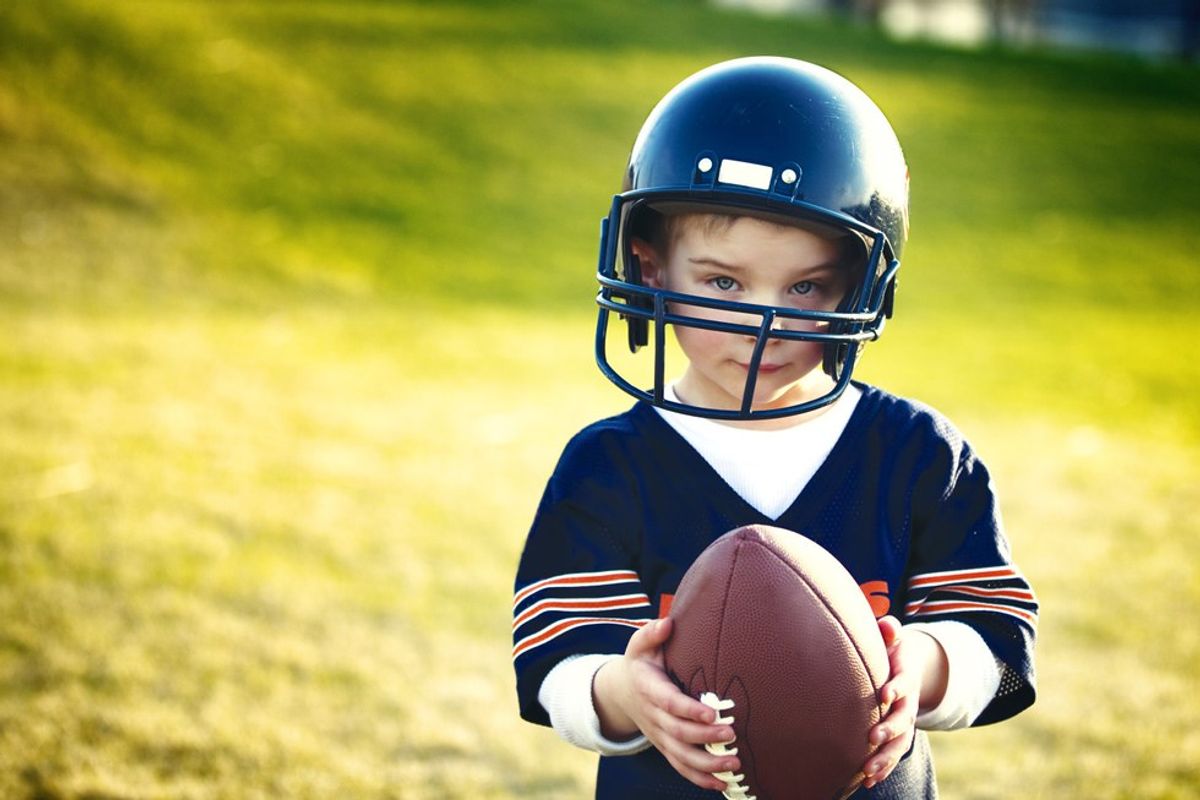 It all started innocently enough. Bickering between coworkers. The constant pointless argument of who's sport was harder. It led to many afternoons of us yelling "nu-uh!" and "yeah-huh!" to each other across the fitness center. Finally, when even my own swimming lessons students started saying swimming wasn't hard in front of him, I reached the breaking point. It was time to actually settle this once and for all. The wager was simple, each would write a workout for the other to complete, and we would finally see who's sport was harder. Would it be football? Or would I finally prove that swimming is the hardest sport?

We both arrived that afternoon confident in the other's inevitable defeat. Other co-workers on duty that afternoon expressed their excitement in watching this all go down. First up: swimming. I tried to be fair in my workout knowing he really wasn't much of a swimmer. I was not expecting to make so many adjustments while in the water. The poor guy really didn't spend much time in the water for being a lifeguard and swimming lessons instructor. Watching him attempt to swim the length of the pool was painful. It also built my confidence that I would win this argument. I didn't want to hurt him, but I wanted him to have a good understanding of what it is I do in a practice. I wanted him to know that it was much harder than this for me in a typical practice. In lesser words, I wanted to shut him up that swimming wasn't hard.

As we neared the end of the hour and a half workout, I was feeling way too confident. I knew that the lifting would be difficult, but I chose to completely ignore that and enjoy my time on top. He had done well, swimming a total of 2,200 yards. I warm up to distance for me, but for him it was a real struggle. However, his part was done. Now it was my turn.

Entering the weight room, all of the confidence dropped. Suddenly, I didn't feel like I could do as well as I was hoping. Yes, swimmers lift. Well, they are supposed to. Let's just say that I haven't been doing so well at getting in the weight room this summer. I knew that was going to play a big factor in the next hour. He started me off easy with hang cleans. I've done those lots of times before, so it shouldn't have been too hard. What I wasn't prepared for was adding weight with each set. I had already started a little too heavy, so by the end I was barely pulling the bar up. Next was squats. Two sets of twenty squats to be exact. Who does that?! Coupled with box jumps, my legs were starting to feel like noodles. Good thing we were moving to arms. About a million incline bench presses and shoulder rows later, there was only one thing left. Abs. Finally! Something I knew I could do. I enjoyed ab workouts mostly because I knew they were so beneficial for swimmers. He set up two mats on the floor and got out his phone timer.

"We are going to do planks." That was his simple instruction.

What ensued was a five minute plank. I kid you not, five minutes. Every thirty seconds we would change our positions from front, to each side, to lifting one arm, then the other, then the same with our feet. After three minutes or so, he lost me. The commands changed rhythm a bit.

"Get your knees up, only two more minutes."

So who won this argument? Honestly, I think we both lost. We both forced ourselves through workouts we just aren't built to do. But through the whole process, I think we both developed an understanding of each other's sport and what it takes to succeed within that sport. One thing I personally came to realize was that sports are really all the same. They are about one person's willingness and drive to push their body to the limit to achieve their goals.