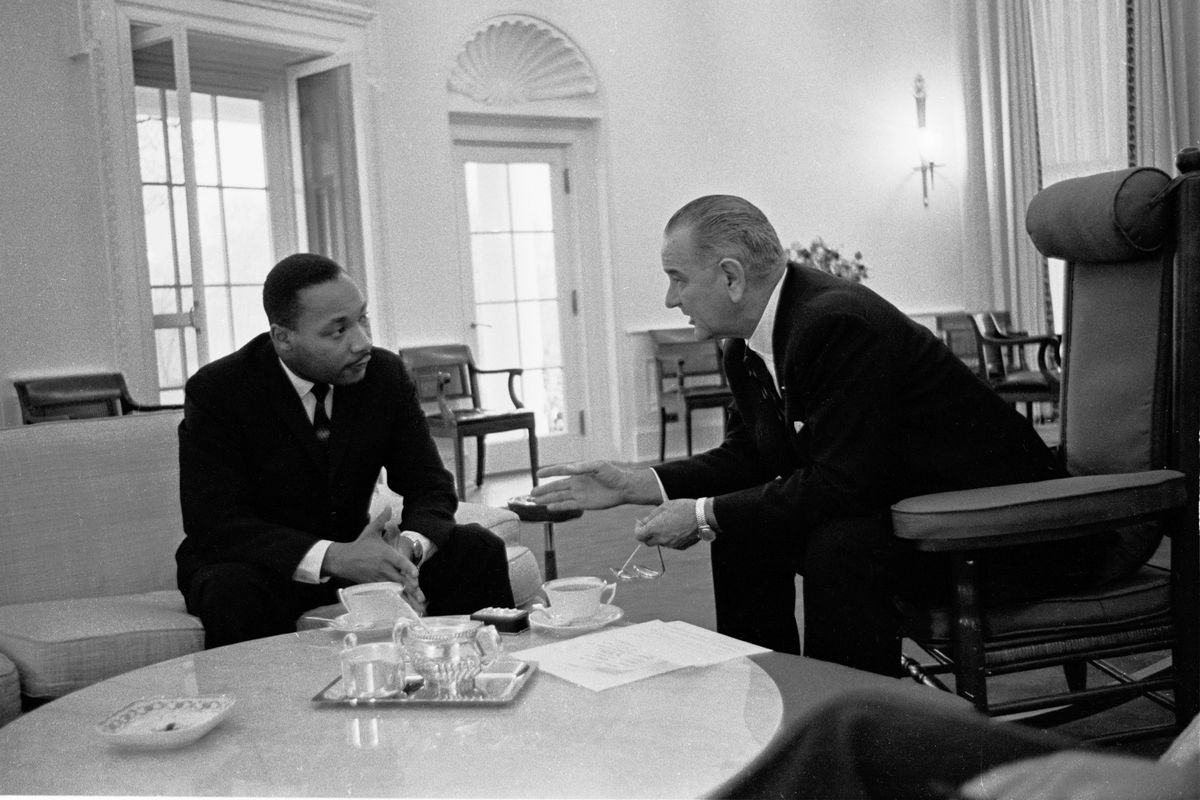 During the 1960’s, it was clear that the intention of Civil Rights leaders was to make racial progress. Contemporarily, this sentiment has been lost.

The year of 1965 was hectic. In 1965, Civil Rights leaders were steadily striving to achieve racial equality in a country where many thought such a thing had already existed. At the beginning of 1965, civil rights activists’ push for federal legislation to protect the voting rights of African-Americans was in full force as they were coming off a head of steam with the passage of the Civil Rights Act of 1964. To draw attention to their cause, a protest walk from Selma to Montgomery was planned to take place on March 7, 1965 –until they were met with Ala. Dallas County Sheriff Jim Clark’s battalion of white rage and bigotry – leaving over a dozen hospitalized and many others injured. This egregious display of injustice was televised which resulted in a national uproar, providing the Civil Rights Movement with enough momentum to have the Voting Rights Act passed in August of 1965.

Unlike every single president before him, President Lyndon B. Johnson did not put civil rights issues on the back burner. On June 4, 1965, Lyndon B. Johnson delivered the Commencement Address at Howard University. Johnson used this unique opportunity to speak at, what was considered the center of black intellectual life, to set the foundation for a major policy proposal. In the speech, he mentions his role in passing the previous Civil Rights Act and declares that he intends to continue his success with the passage of the Voting Rights Act. Moreover, he takes a provocative turn when he proclaims that “freedom is not enough.”

“You do not wipe away the scars of centuries by saying: Now you are free to go where you want, and do as you desire, and choose the leaders you please. You do not take a person who, for years, has been hobbled by chains and liberate him, bring him up to the starting line of a race and then say, ‘you are free to compete with all the others,’ and still justly believe that you have been completely fair.”

Here, President Johnson lays the foundation for Affirmative Action programs. From his speech, it is clear that affirmative action was intended for African-Americans to be provided resources to have “the same chance as every other American to learn and grow, to work and share in society;” it is clear that the goal was to provide programs that were intentionally and unapologetically race-conscious; it is clear that this action was not meant to simply to add “diversity” to an institution.

As soon as President Johnson left office, the multiple advancements made by the Great Society began being gradually backtracked, most significantly under the Nixon and Reagan administration. Affirmative action began seeing its life wane due to a variety of factors, subtle resistance from entrepreneurs, Republican party loyalty, etc.; notwithstanding this, the subliminal dismantling of affirmative action resulted in it not being completely obliterated but rather distorted into a nearly unrecognizable form.

Nowadays, diversity programs aim to generate environments filled with individuals with seemingly “different life experiences.” According to Apple’s new Vice President of Diversity and Inclusion, Denise Young Smith, “diversity is the human experience” and does not particularly apply to people of color – no, not even African-Americans, but everyone. She even claims that diversity can be achieved in a room of “12 white, blue-eyed, blond men,” simply due to the group not living the exact same life as one another.

If one disregards American history, Denise Young may be correct in her assessment of diversity, but to pretend that the sole purpose of diversity is to provide different perspectives from different people from different walks of life is to disrespect what Civil Rights leaders diligently and brazenly fought for. They were clear in their push for race-conscious policies to right the wrongs of this country’s past, but in 2017, simply having a different opinion will suffice.