How to make acts of a kindness a part of your everyday routine. 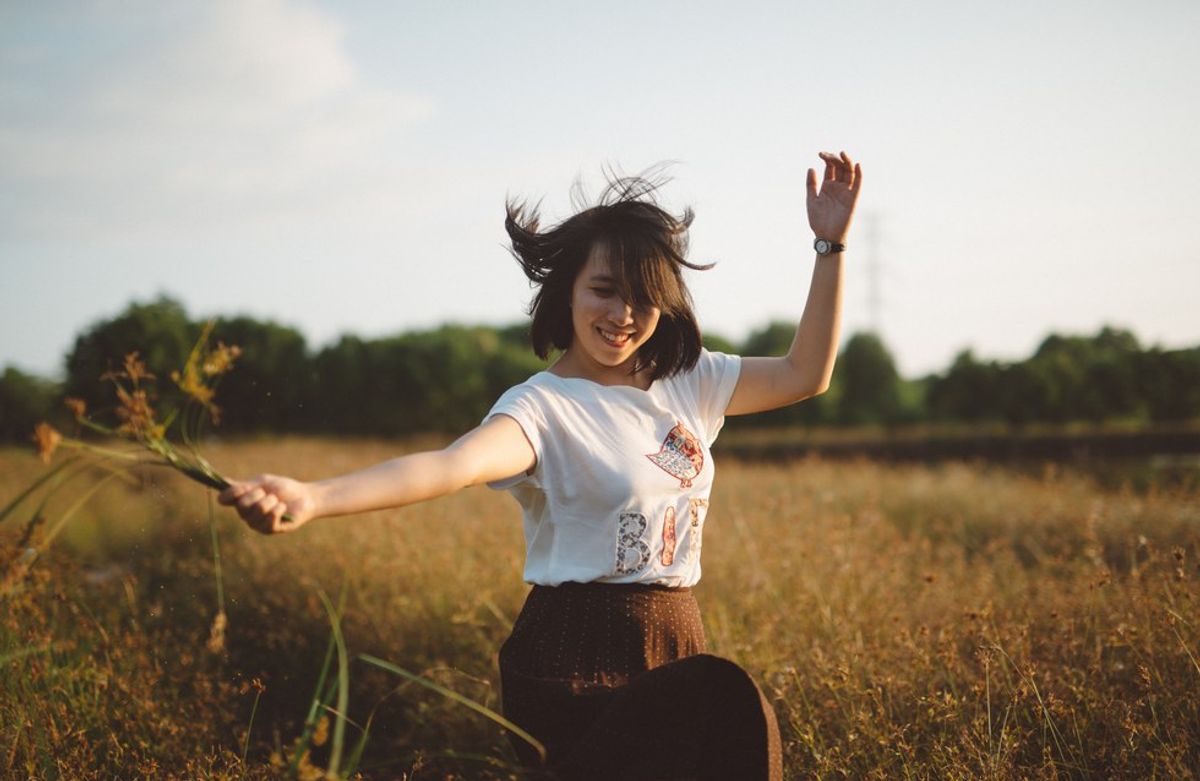 It takes effort and energy to perform acts of kindness. I get it. Most of the time, it's easier to float through life in a sense of routine, taking care of business. In a perfect world, we all want to be the ones that help those in need, take part in those tear-jerking tales that go viral on social media, but it doesn't always work out like that. We're tired, we have things we have to do, money's tight, and numerous other factors. The truth is, becoming an overall kinder and more thoughtful person doesn't take much at all. Soon, these acts will become second nature. They may seem obvious, but we often take for granted how good these small gestures make ourselves and others feel.

I won't get into the argument about if Chivalry's dead or not, and this doesn't just apply to the men out there, either. Whether it's a friend, your mother, the stranger behind you, take a step back and actually hold the door open. Hint: it doesn't count if you walk in first and just prevent the door from slamming in the face of the person behind you.

A personal favorite of mine, and I've only ever see my mother do it. Usually, when someone calls a restaurant or retail store and requests the manager, it's a negative connotation. However, when my mom has an encounter with a polite employee, she remembers their name so that she can later call the manager and applaud their work. It's important to keep in mind that feedback doesn't always have to be harsh or insulting. You'll make someone's day if you put in a good word for them to the man in charge.

3. Tell somebody they're doing a good job

This one kinda sounds like the idea above, but applies more to telling the person directly. Here's a specific example. We all agree it's absolutely dreadful to have to call and be put on hold for service numbers (like the number on the back of your credit card, or customer service for Amazon). You anticipate that you'll be on hold for a long time, or perhaps the person on the other end of line won't be helpful. What about if it actually ends up to be a not-so-horrible experience? They're kind, quick, efficient. Take two seconds to thank them for making the process so easy.

I have a friend that brings me iced coffee when she stops over to visit. Ok, hear me out. It's nice because I never have asked her for the coffee, and I honestly don't expect her to bring one. I know that on her drive to my house, she passes a Dunkin' Donuts, and to feed her own caffeine addiction, swings through the drive-thru. It would be completely acceptable for her to show up sipping just her drink, but she always pays the extra couple dollars to order my favorite pick-me-up. It's a small gesture, and if you're already going to stop on your way somewhere, try to order two.

Do you have something that a friend admires or even borrows frequently? It may be an article of clothing, a book, something as simple as a coffee mug. If you can stand to part with it, next time, just say "keep it." They'll most likely do that awkward half-argue, saying something like "no, I can't! Are you sure?" But ultimately, it will mean so much more to them, and it says a lot about your generosity and care.

When you have downtime, try to get used to making something of it that would benefit a friend. Make a friendship bracelet (we don't outgrow these, by the way), dinner or baked goods, a thank-you letter, a homemade birthday card. It's fun, it's quick, and people will be taken aback that you took the time to create something just for them.

This is so, so simple, yet has a huge effect on how you are perceived by others. Listen to what is going on in the lives of your friends and family so that when you engage in conversation, you can be specific and sincere. It will mean so much if you're able to ask about something unique to them, like how an intramural softball game went or about an upcoming interview, instead of the simple "what have you been up to?"

We've all been there: you're trying to pull out of a parking lot into a busy road. Cars are cruising by and there's no chance to make a move. Finally, they slow down and stop for a red light ahead, but then there's just a long line of cars, and still, no one lets you in. Be that person that would leave enough space at the stopped light for a car to pull in front of you. Be the person that's courteous when automobiles are trying to merge over, pass, etc...

9. Tell someone you're thinking of them

I have this tendency that I know I'm not alone in. I'll be out perusing a store, or perhaps passing time online, and I see something that makes me affectionately think, "Danielle would think this is hysterical," or, "this looks like something Christina would decorate her room with." Then I move along. Fall into a routine of taking the time to send a friend a picture of what reminded you of them. It's not really going out of your way, and it will make their day to get a random message.