8 Reasons Why I Don't Have A Smartphone

8 Reasons Why I Don't Have A Smartphone

Smartphones aren't all they're cracked up to be. 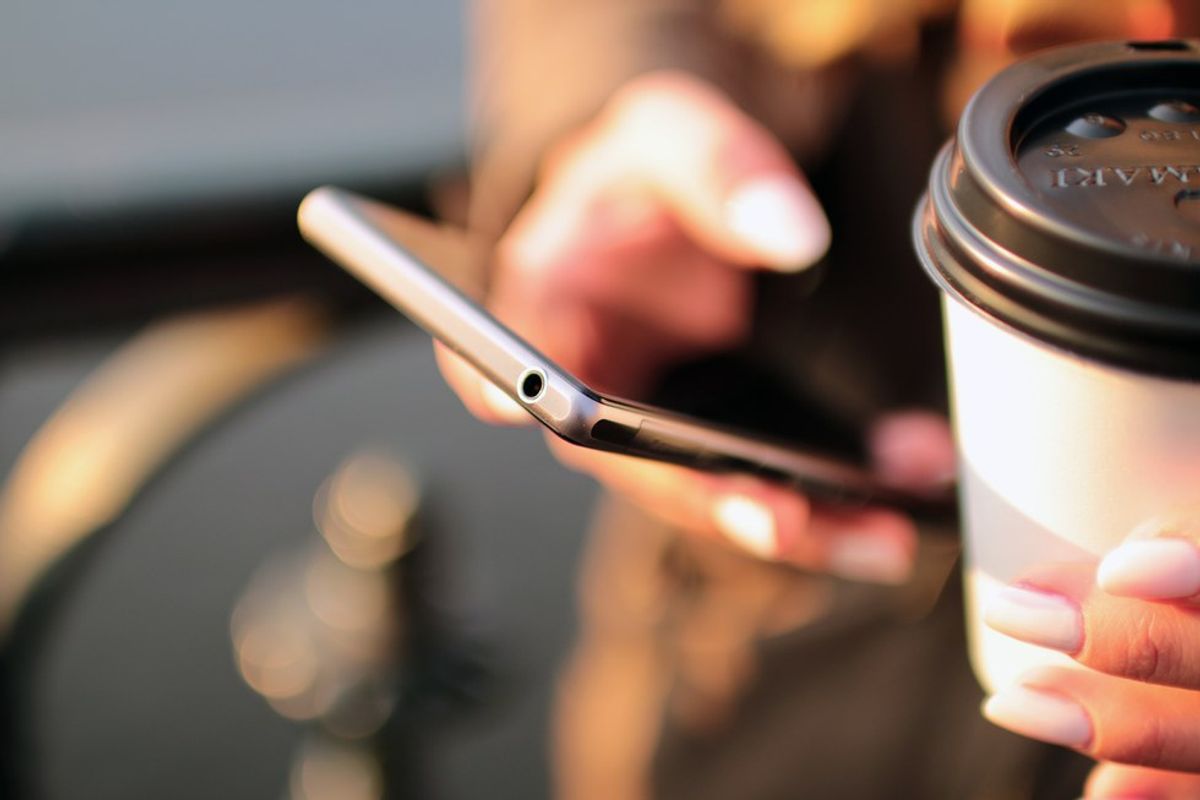 So many people are amazed that I don’t have a smartphone. Well, there are a lot of detriments to it. I mean, group messages require data for me to send or open, I have very limited memory space and my camera can’t zoom. That’s okay. It’s actually a great phone. Here's why.

It’s so much cheaper to have a “dumb” phone. I bought my phone for a whopping $50. I literally only pay about $30 to keep it on per month. If I had a smartphone, this phone card that I buy every month would not work. I’d have to upgrade to the $45 phone card. When you have to keep the phone going yourself (or get a little help from home when you’re trying not to make this an issue), affordability is quite the blessing.

I cannot tell you how many times I’ve dropped my phone. I don’t think it quite has the durability of a Nokia, simply because my phone does have some scuffs, but they are very few and far between. None of said scuffs are on the screen. I’ve dropped my phone on varying surfaces including, but not restricted to, carpet, a rug on a hardwood floor, my bed where it then bounced to the floor, the hard concrete floor of my dorm room, the hardwood floor in my kitchen, bounced off my leg and onto the carpeted floor in my house (which is not soft by the way) and so on. Seriously though, if I had a smartphone, that thing would be dead. Multiple times over. The worst that’s happened to mine is the phone turning off and the back of the phone was slightly taken off.

I’ve had my phone since two weeks before my freshman year of college began. I’m a junior now. I know a lot of people who have updated their phones at least once in that time period.

How often do you charge your smartphone? Every day? Every other day? Not me. I charge my phone about once a week. Actually, I’m not sure if it’s even that often. I don’t think about it until I notice that someone else, my roommate or my sister, for example, literally has to charge their phone every day.


I find myself less inclined to spend time on my phone than most who have smartphones. My younger brother made fun of my sister while she was playing Persona 3 because of this. Sometimes, she would not even pause the game to text someone back. The way conversations work in this game is that you have to hit a button to continue after a person says something. She’d be in a conversation, get a text and wait to continue the conversation. My brother would joke around saying that her character was paying attention, then say, “Hang on,” and text for a few minutes, mid-conversation. Now that he has a smartphone, he does the same thing. I pointed that out to him and he said there was a difference: my sister had never played the game before. He had played it.

My sister has gotten a virus on her smartphone and she thinks there might be another one right now. Because I don’t spend nearly as much time on the Internet, I don’t have to worry about viruses. Just a fact of life.

I don’t have to worry about when or if my phone is going to update without my information being backed up. It doesn’t randomly update. Actually, it doesn’t update at all. Yes, this is a pro and a con, but it also means I don’t have to relearn how to use my phone.

There are so many different complicated workings of smartphones. So much so that they confuse me. I can use the buttons for making a phone call and texting someone on a smartphone, but that’s it. I’m sure that if I had a smartphone it wouldn’t take long for me to get the hang of it, but if I have to learn how to use a phone, it’s too complicated. Then there’s the camera. It’s super simple. Yes, I can’t zoom and trying to take pictures of the moon is impossible, but if you just bring the camera closer to the object you’re taking a picture of, you can get a pretty nice picture. I took this picture on my phone, no joke.


No, you don’t need a smartphone to be content with your method of communication. Some people prefer smartphones, others not so much. I’m not sure if I’ll ever own a smartphone. If that’s what you prefer though, that’s okay. You do you. There are benefits to having a smartphone too. I just prefer a “dumb” phone.