There's a lot of time, scripts, makeup, and lights that are involved in these scenes that make them what they are, unlike the sex that happens in real life. 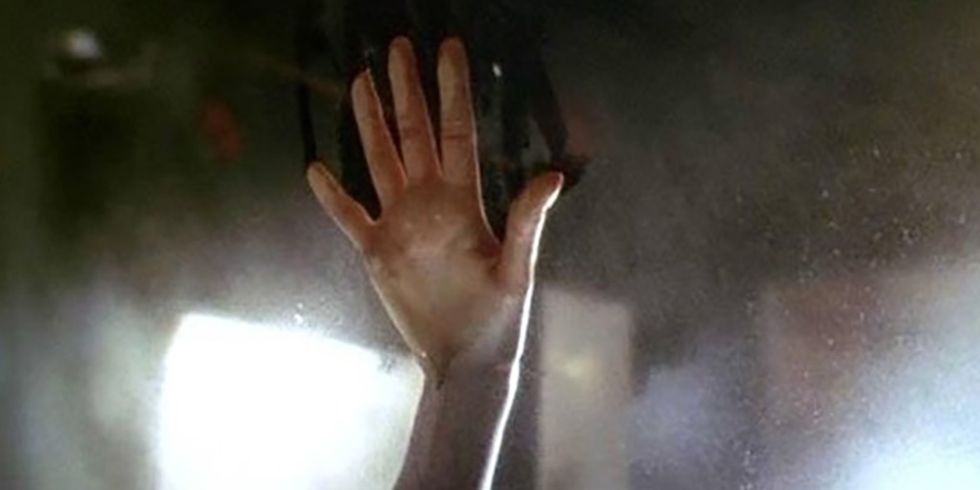 When I was a child, my idea of sex was confined to what I saw in the media—two people rolling around underneath the sheets of their bed. I didn't understand what was going on at the time until my parents had the birds and the bees talk with me, but still, sex was not something that was discussed regularly in any setting so I couldn't help but use the movies and television as my main source for sex education. When I was a teenager, I started watching rom-coms so my idea of sex expanded to a scenario where two people who loved each other effortlessly fall into a euphoric experience and then they live happily ever after.

Then something about the idea I had changed as I watched the series premiere of "Secret Life of the American Teenager," a popular teen drama from ABC family about a girl who struggles with being a mother in high school. One of the first and most memorable scenes of the show is when Amy Juergens talks to her best friends about what it was like to have sex for the first time. Her friends were ecstatic for her at first until she revealed her dismay, telling them "I didn't exactly realize what was happening until, like, after two seconds, and then it was just over. And it wasn't fun and definitely not like what you see in the movies, you know, all romantic and stuff."

I heard those words and was immediately taken aback. As a 13-year-old, sex wasn't on my mind much, but I couldn't help but hope that I could experience the magic I saw on screen. Then eight years later I have sex for the first time and I realized that what she said was right...not about the part about it not being fun, but more-so about the part that sex is not actually like what is depicted in the movies.

Here are five examples in movies that created unrealistic sex scenes for its viewers:

This steamy scene between Bond and Severine make shower sex look passionate and trouble-free, but do its expectations match reality? No. What they don't show you is the sting from the water getting into your eyes, the awkward positions your bodies have to accommodate with if there's a significant height difference between you and your partner and the fact that water is a terrible substitute for lube because it strips away the natural lubrication your genitals produce.

Sometimes there are those moments when you want to have sex, but you don't have that much time on your hands so you have to fit in a quick session before work in the morning, in between classes, or right before the kids come back home. Though Natalie Portman's "O" face is spot on, the main thing that makes her quickie with Ashton Kutcher's unrealistic is that she still manages to climax after 45 seconds without any kind of foreplay, lube, or toys involved. The female orgasm is still possible during a quickie, but in real life, there will still have to be creative measures involved so that enough stimulation outside of penetration is involved to get her warmed up.

As much as I enjoyed the playfulness behind Ana and Christian dipping ice cream on each other's bodies and licking it off each other, I couldn't help but roll my eyes at how over exaggerated it became. Yes, I understand that when something feels good, a moan or some type of vocalization will happen, but getting some kisses and licks on your thighs isn't going to have you arching your back like a demon going through an exorcism.

Brad Pitt and Angelina Jolie's chemistry and passion in this scene is undeniable and it almost makes you want to start a fight with your partner just so you two can have some hot, angry sex just like them. Here's the problem though. They go from nearly killing each other to being boo'ed up like nothing happened. While angry sex can be a way for some couples to express emotions through adrenaline, it isn't the answer to our problems and shouldn't be a substitute for healthy communication.

The moment in the movie when Kate Winslet's hand slams against the door of the car and drifts down as we stare at her steamy handprint and secretly wish we were sleeping with Leonardo DiCaprio will always be a classic. However, this scene is still a scam for those who hope car sex is as passionate and heartfelt as that. Truth be told, there's limited space to feel comfortable so leg cramps are inevitable and sliding against leather feels awful on your skin. To top things off, if you aren't careful enough, you may get caught by the police and ultimately have to register as a sex offender depending on your state's laws.

I truly hope for the day that sex in the media is represented in more of a realistic way, but until then, we just have to remember to take movies for what they are. Acting. There's a lot of time, scripts, makeup, and lights that are involved in these scenes that make them what they are, unlike the sex that happens in real life. As a matter of fact, sometimes sex isn't romantic. Sometimes it's not a fairy tale. There are times when it can be mind-blowing and other times when it's awkward, funny, or simply not what we expect. Do I appreciate fictional sex? Of course. But mainstream entertainment should also take the time to show us more than the sex we supposedly fantasize about and also show us sex that we can look at and see ourselves.