20 Feminists To Look Up To

20 Feminists To Look Up To

"A feminist is anyone who recognizes the equality and full humanity of women and men." - Gloria Steinem 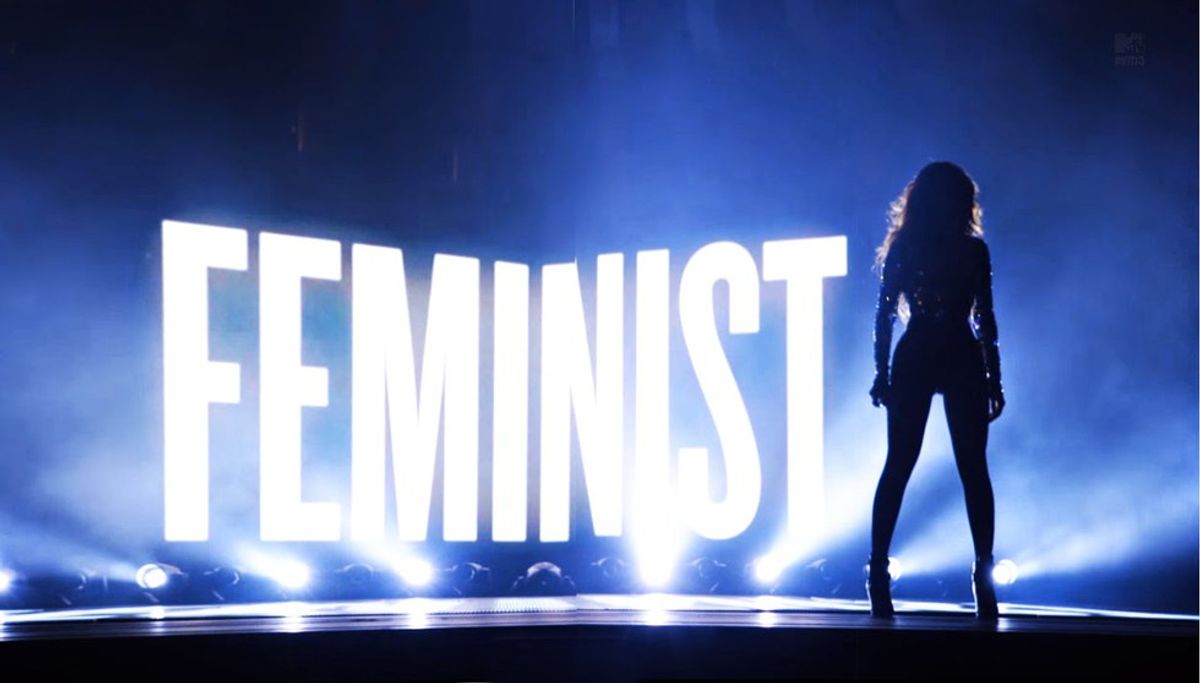 In the wake of the election and subsequent inauguration of Donald Trump, I've found that looking to people with louder voices and wider reaches has made me feel at least marginally better. While there is definitely an abundance of feminist icons to look up to, I narrowed it down a bit in order to provide a list of 20 feminists to look up to in the difficult days ahead.

"I am a person of color, working-class, born to a single mother, but I stand before you tonight an artist, an actress and a sister and a daughter, and I believe that it is important to name the multiple parts of my identity because I am not just one thing, and neither are you."

"I have realized that fighting for women's rights has too often become synonymous with man-hating. If there is one thing I know for certain, it is that this has to stop."

"Black female voices need to be uplifted within the mainstream feminist movement, especially at this time. It's crucial."

"I'm embarrassed to admit that I only recently discovered the ACTUAL definition of 'feminism.' The fact that the term is sometimes clouded with anything other than pure support and positivity in our society is very tragic. I believe in gender equality. Being a feminist is for both women AND men. I AM A FEMINIST."

"Women have two choices: either she's a feminist or a masochist."

"I feel that all revolutionary causes should start with addressing misogyny."

"People have sorely messed up the definition of feminism. It isn't saying this is wrong and this is right. It's having the power to do whatever the fuck you want. It's about having your own beliefs and staying true to them."

"If Angelica Schuyler lived in a different time, she'd be one of our founders."

"I cannot believe we're still standing here debating whether a woman should get fired for asking what the guy down the hall makes."

"My mom brought me up to be a feminist. She would always point out to my brother and me that our culture does often portray women like objects ... And if you don't stop and think about it, it just sort of seeps into your brain and that becomes the way you perceive reality."

"Women will have achieved true equality when men share with them the responsibility of bringing up the next generation."

"The great thing about it is that it shows that women are not monolithic. It shows the specific ideas, opinions, and concerns of women of color within the feminist movement, and that women who are not of color need to really listen to that and integrate that into their vocabulary, into their language, and in the posture."

"As a father, I want to know my daughter will have the same opportunities as my sons."

“Feminism has been slandered as a way to give ugly women greater prominence in society. And, in a way, it is. Feminism is for ugly women. For beautiful women. For all women. Women of all colors, ages, and shapes. It's about giving people an equal chance regardless of their gender. Judging them for what they do and not for what they are.”

"It takes years as a woman to unlearn what you have been taught to be sorry for. It takes years to find your voice and your real estate."

"It is absolutely men's responsibility to fight sexism too. And as spouses and partners and boyfriends, we need to work hard and be deliberate about creating truly equal relationships."

"I think it’s so important as a young girl to understand that growing up, you’re going to face sexism and problems solely based on your gender. And even if you don’t, even if you live a life without sexism, so many girls in the world face it every moment. You may not need the movement for yourself, but maybe your mother, your best friend, your future daughter, a stranger across the world [do]. It’s important that everyone feels as secure as you do!"