Your Vote Is Meaningless
Odyssey

Your Vote Is Meaningless

With the upcoming election, it's time to learn that your vote doesn't matter at all. 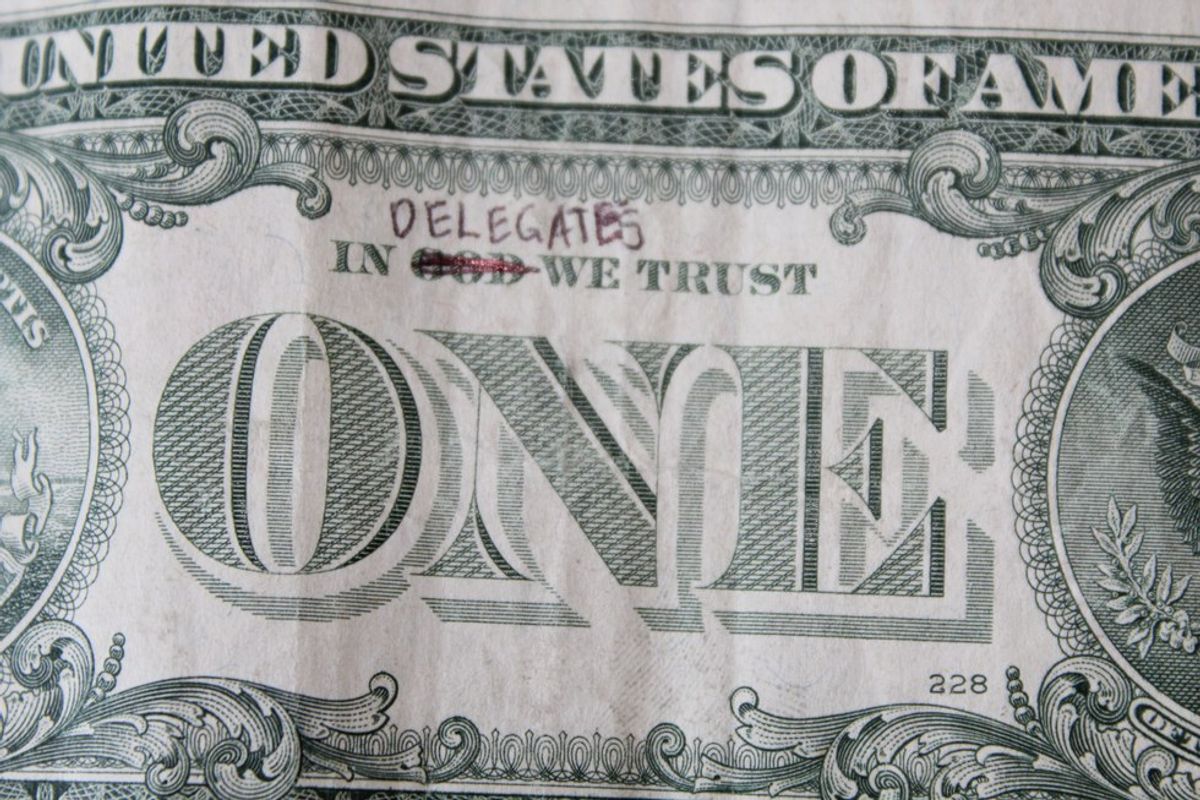 Democrat. Republican. Tea Partier. Libertarian. All of these words describe the American political system, both on the liberal and conservative side. Every election, heated debates break out between parties as the coveted Presidency becomes closer to their grasp, and the people choose who will watch over the great nation of the United States of America.

That's how the process is supposed to work, right?

Well unfortunately, no. In a perfect world, the voice of the People would be heard, and listened to. But in our society, this is anything but the case. Especially during election time.

The Electoral College, for those that are unfamiliar with the term, is a broad term for a group of delegates that cast their votes to represent their state and their state's people in an election. Every state has a different number of delegates, based on population, and the total number of delegates is equal to 538. This means that only 538 people out of the entire United States population, which is around 318.9 million according to the United States Census Bureau, get a say in who will lead the country. To put that into perspective, that means that 0.00000169 percent of the population get an actual say in who will be the head honcho for the United States.

For a nation founded on democracy, the principle of the Electoral College is completely the opposite. Our nation was founded on the ideals "By the People, for the People," yet the People have virtually no say in what goes on in our government. This system has divided the United States into "red" and "blue" states, red indicating Republican and blue indicating Democrat. States like California are nearly always democratic, while in Texas, we see an unwavering Republican vote. These states will almost always have their delegates vote for the corresponding party, hoping to get the magic number of 270 delegate votes to win their party the office. In states such as Pennsylvania, Ohio and Florida, the outcome is anyone's guess. These states are known as "swing states" and are up for grabs from both parties.

With this system of politics in place, the major swing states listed above get almost all of the political attention. This leaves states such as Montana, Idaho, and Alaska, with fewer delegates unattended to. Their citizens never hear from the candidates, because a measly three votes simply does not matter.

There are also problems with these traditional "blue" and "red" states. In 2012, over 3,000,000 Texans voted Democrat, and almost 5,000,000 Californians voted Republican, according to the U.S. National Archives and Records Administration in 2012. That means that even though there were well over 1 million voters for the opposite party in these "blue" and "red" states, their votes did not matter, because the Electoral College voted Democrat in California, and Republican in Texas. The Electoral College system also usually works on an "all or nothing" basis. Meaning, that if voted Democrat, California will send all 56 of its electoral votes to the Democrat side, and Texas will send all 38 of its votes Republican. If these votes were awarded proportionally, in 2012, California would have sent 20 electoral votes to Romney and the Republicans, and Texas would have sent 16 to Obama and the Democrats.

So, along with the Electoral College putting not even a fraction of a percentage of the population in charge of the election outcome, and making some states and votes meaningless, the Electoral College has shown a few times that even when a candidate wins the majority of citizen's votes, the other still takes place in office.

The most recent example of this can be seen in the 2000 election between Al Gore and George W. Bush. Gore finished up the presidential race with a total of 50,999,897 votes (infoplease.com), about 450,000 more than Bush. However, the Electoral College cast more votes towards Bush in the election, giving him the Presidency.

To combat these arguments, those in support of the Electoral College will often say, "Delegates have to vote for who we chose." This is actually not true. In 24 states, delegates can vote for whoever they want, regardless of who the state decides. It is estimated that this has happened over 80 times, and is not nearly as uncommon as you would think, according to the U.S. National Archives and Records Administration in 2000.

So with all of these factors coming into play, why do we still have the Electoral College?

Well, that is an excellent question. In fact, according to a Gallup poll taken in 2011, 62 percent of Americans would like to amend the Constitution to replace the Electoral College with a popular vote system, both Democrats and Republicans alike. Only 35 percent say they would keep the system as it is.

With this year's election just right around the corner, and the flaws of the Electoral College becoming ever more evident, myself, along with 62 percent of the American population feel it is time to replace this oligarchial system with something that truly reflects the American identity. Something truly democratic, and something that finally allows the people to chose.