Your Young Love May Not Last Forever

Your Young Love May Not Last Forever

Sometimes things just don't work out the way you plan them 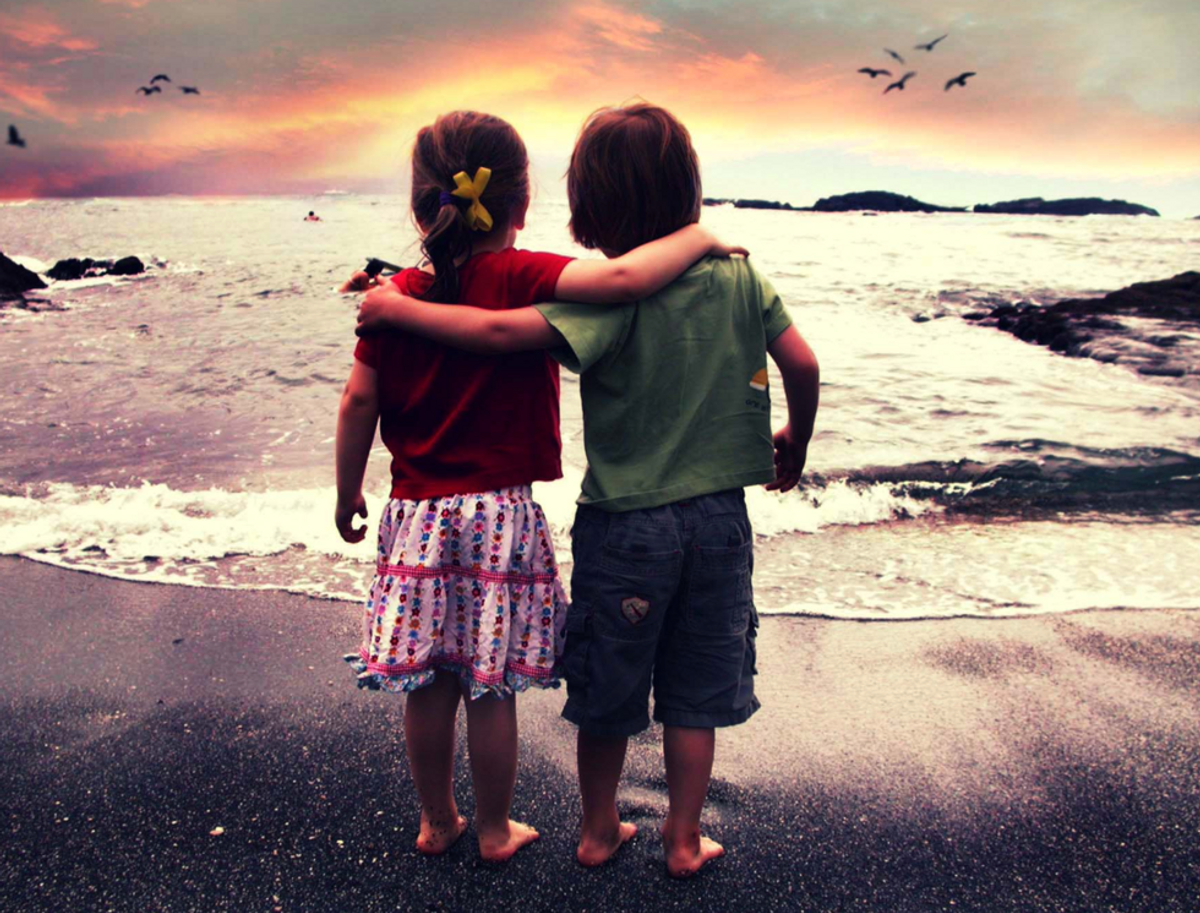 When I was younger, I used to obsess over the details of my dream wedding like a lot of other little girls I grew up with. I never really dreamed about what the person I married would be like, and if I'm being honest with myself, I still don't.

My best and most romantic relationships happened before I even hit first grade. I was always a shy girl - scared of guys, even - but if I'm being honest with myself, I had better game then than I do now.

My first "relationship" was when I was in preschool, and it was long-term -- meaning it lasted half a day, every other weekday for an entire school year and an hour and a half every Sunday morning -- I know, that's got to be some kind of record. Sadly, I got too confident and asked if he would marry me when we got older. He told me that he was going to be a firefighter so he couldn't marry me because apparently that occupation and marriage are two mutually exclusive things.

Devastated, I moved on to Kindergarten and met the boy with whom I planned to spend the rest of my life. Now, some say this was just a rebound for a young, heartbroken girl, but I could tell it was real by the way we sat next to each other every day on the bus even though some people our age were worried about "cooties." We would play together and decided that when we were older and got married we would live with my parents and have a horse farm. My parents were, in fact, told this plan instead of consulted about it.

The true commitment in our relationship, however, was the day I was the only girl invited to his bowling birthday party. That's it. We were engaged!

In fact... we never called off our engagement, but he's been dating an amazing girl for the past couple of years; I can't even be mad. Apparently, he forgot about our horse farm.

Since these two whirlwind romances, I haven't had as much success in the dating game, and I blame it on the unrealistic expectations gathered in such early, impressionable years of my life. I have also begun to doubt myself more recently as my parents had already gotten engaged before they were my age, so why have I not had the same experience in my life?

But I'm writing this for myself and for everyone out there like me: we are young! Not everyone's first relationship will last forever. There are so many life experiences waiting for us out in the world! Don't ever give up on yourself because others have reached certain experiences before you have. It is your life for a reason -- live it in a way you'll be proud of and don't try to mold it into being exactly like someone else's.

When you find the right person, they should be:

Someone who knows your flaws and still loves you for them as well as your strengths.

Someone who challenges and encourages you to be a better person in every way you can be.

Someone who you can communicate with in good times and bad.

But, most importantly, stop putting so much pressure on yourself to find someone. That pressure is just going to make it impossible for you to listen to yourself and be able to make the decisions that will be best for you.

I'm extremely guilty of overthinking every detail of my life, but I know that I need to stop trying to force the things in my life, like relationships, to happen. Genuine life experiences cannot be manufactured, and when you get down to it, authenticity makes our lives worth living.