Yes, You Absolutely Need To Tell Someone You're Trans Before Dating
Odyssey
CurrentlySwoonLifestyleHealth & WellnessStudent LifeContent InspirationEntertainmentPolitics and ActivismSportsAdulting
About usAdvertiseTermsPrivacyDMCAContact us
® 2023 ODYSSEY
Welcome back
Sign in to comment to your favorite stories, participate in your community and interact with your friends
or
LOG IN WITH FACEBOOK
No account? Create one
Start writing a post
relationships

Yes, You Absolutely Need To Tell Someone You're Trans Before Dating 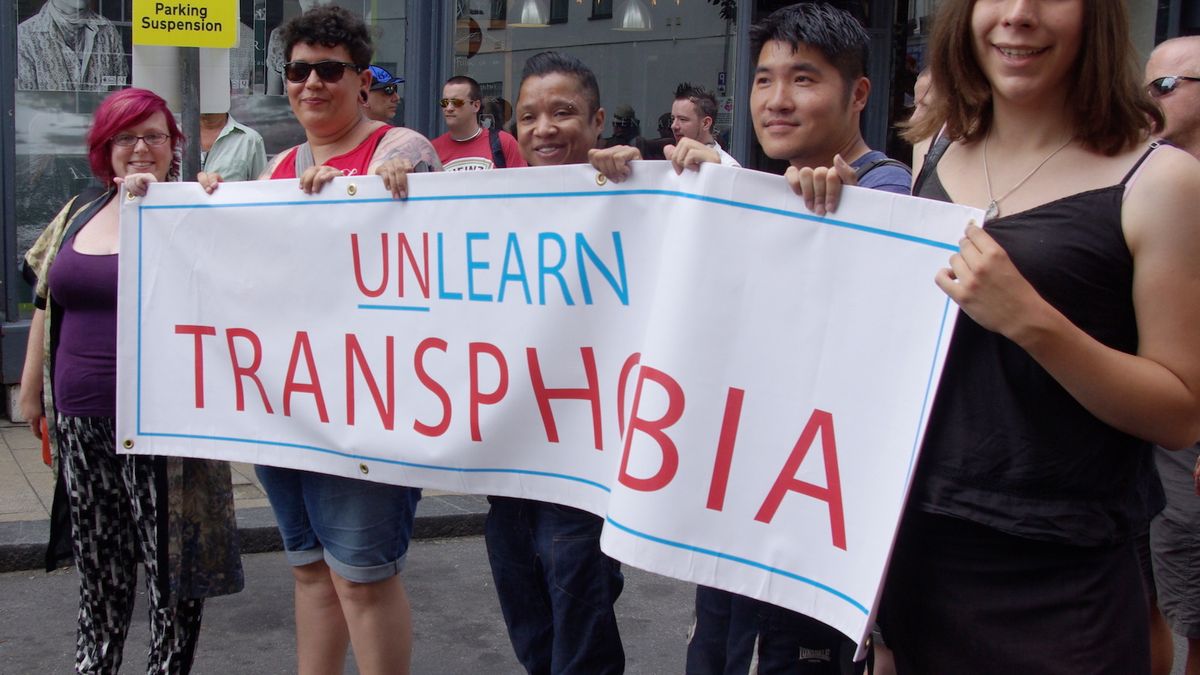 Human sexuality is a very strange and complex thing. It's also very fickle. People can't help what they're attracted to, and by that logic, it shouldn't bother you that someone wouldn't be attracted to trans.

If you've read "No, I Don't Have To Tell You I'm Trans Before Dating You," then you've heard about the tragedy that is Jennifer Laude, a trans woman who was murdered after a man she hooked up with learned she was trans. Basically, she didn't tell him she was trans before the deed, and when he found out, he flipped out.

I will not and cannot justify murder.

I'm also not going to allow someone to justify sexual assault.

Informed consent means the person being asked for their consent knows exactly what they are consenting to. Even if the trans person isn't the initiator, they have an obligation to disclose information that could negate the initiator's consent.

Yes, you absolutely do need to tell someone that you are trans before dating them. File that under, "things decent human beings tell each other before they date."


The author, a trans woman, used a terrible tragedy and terrible murderer to make a terrible point: trans people can sexually assault other people because it's transphobic to not want to sleep with trans people and they don't have to accommodate your “transphobia" by telling you they're trans knowing damn well you may not be into sleeping with trans people.

See, I don't care what you want to do with your genitals as a trans person. If you want to invert your penis and remove your testicles, by all means, go for it. Call me selfish, but since it doesn't affect me, I don't care.

But when you say transgender people don't need to come out to their partners before entering a romantic relationship, and if I think otherwise then I'M the one with the problem? Well, now it does affect me.

Denying someone the ability to give informed consent is nothing short of sexual assault.

To add insult to injury, we're all transphobic just if we don't want to have sex with a trans person?

Also, are we talking post-op or pre-op? You mean to tell me that cis people can't be upset if ya pull down your drawers and something you're expecting isn't there? Or something you aren't expecting is? That is absurd.

In what world is it ever OK to be deceptive in a romantic relationship? You should always tell someone if you're trans or what your sexuality is.

It's kinda important to respect others' sexuality.

Knowingly violating someone's sexuality is disgusting by every standard imaginable.


Let's take it a step further: if a trans person does not disclose that information before entering a physical relationship, there should be legal consequences. Deceiving another person into sleeping with you is rape. Knowingly violating someone else's sexuality for your pleasure is wrong.

If you know you possess some quality that might be a deal breaker for a large swath of people, you should 167% tell them before you do anything that might really hurt them.

Anecdotally, I've seen trans people speaking up and saying disclosure is a must.


I believe the author of "No, I Don't Have To Tell You I'm Trans Before Dating You" owes a lot of people an apology.

She owes the trans community an apology for encouraging deceptive behavior. This article did nothing to promote the acceptance of transsexuality, it only further marginalized trans people by validating fears. Not all trans people want to be shady, selfish, deceptive creeps, you know?

She also owes all the cis people who don't feel comfortable dating a trans person an apology for incorrectly labeling the vast majority of us as "transphobic." You can't force love or acceptance through deception.

She also owes every survivor of sexual assault and apology.

Everyone is entitled to informed consent.

Nicole Marie Nigro
Individual Creator
9302
c1.staticflickr.com
Where to start...... Let me start with the cliche that life throws us curveballs and what we do with it is what counts.

To My Love On Our 3-Year Anniversary