A Year After Bid Day
Odyssey

A Year After Bid Day

Dontcha wanna be a deegee too? 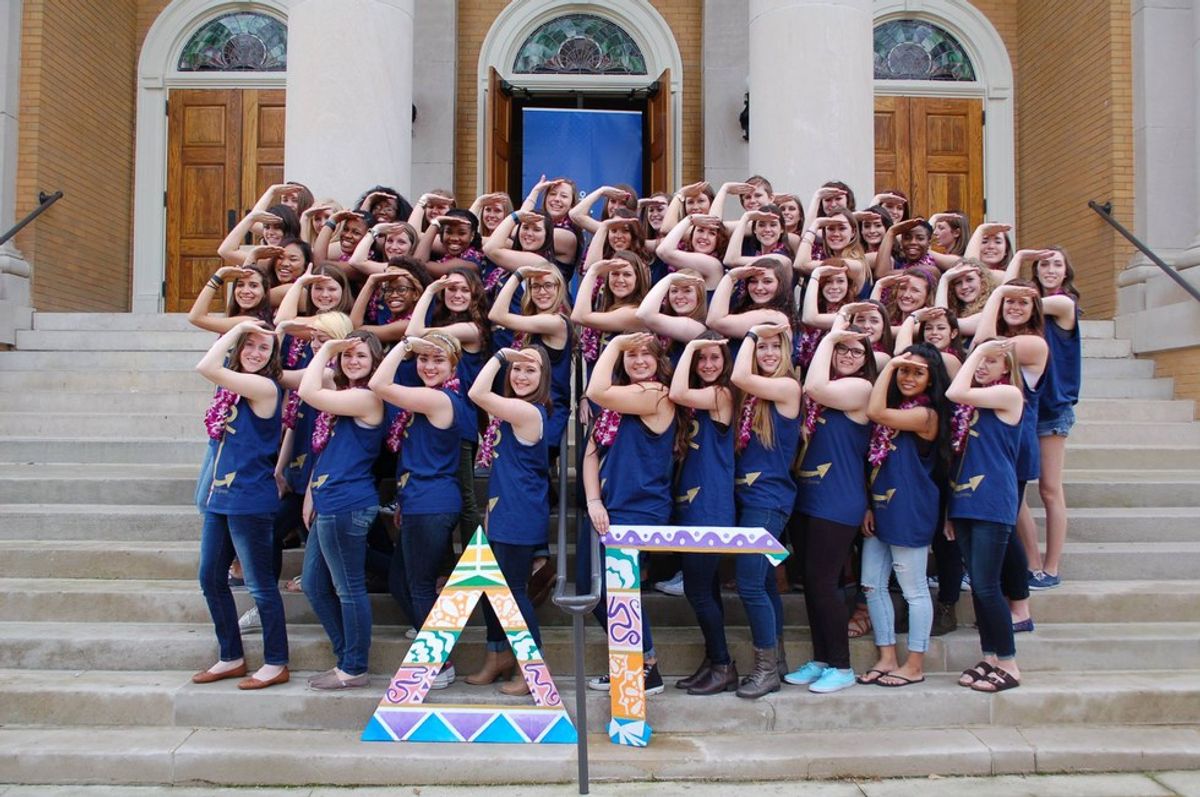 On January 31st, 2016, I received a bid from Delta Gamma. As I reflect a year later, I realize how much I have grown, and I accredit much of my growth to DG.

When I made the decision in high school not to go through recruitment in the fall of my freshman year, I had every stereotypical reason not to. I don’t want to buy my friends. They’re all so fake. They only care about partying. The list went on. In reality, I was scared. Scared of becoming a bitch. Scared of being “a basic sorority girl.” Scared of being a partier. But most of all, I was scared of being rejected.

Having dealt with enough self-doubt for me and the next ten people combined, I really didn’t want to deal with the crushing feeling of wondering why I wasn’t invited back. I already heard my inner demons whispering “Not good enough” whenever I imagined waking up one morning only to find out the sorority I loved didn’t invite me back. And if I was somehow good enough to join one, would I feel inadequate compared to my new sisters? It was crippling, and for a few months, I would break down crying whenever I imagined going through rush.

I decided against it and came to Georgia College knowing people from high school, hoping I’d find lifelong friends another way other than giving in to the “sorority life.” I downloaded tinder and met a boy. I fell hard and devoted all my time to him and eventually had no other friends. I stopped going to classes because I was so madly in “love” with him. Well, that backfired.

Around halfway through the semester in October, I withdrew from my classes following some mental health concerns. Coming back to school that next January was intimidating. The boy and I broke up, and most people had discovered their friend groups. I felt completely isolated. This is when I decided to join the club ultimate Frisbee team and get back into sports.

But I also decided to tackle my fear of rejection. I was encouraged by two of the most influential women in my life to look into Delta Gamma. Anna Wood, a member of UGA’s chapter, told me to look into it. I knew how much she loved it, and I already knew how to “pop the gam” because of her. I realized she didn’t fit all of the bad stereotypes I had believed for so long. One of my English professors in high school, Elizabeth Lake, was also a member of UGA’s chapter when she was in college. Without her, I honestly do not think I would be alive. She helped me get the help I so desperately needed in ninth grade, and she is without a doubt one of the greatest women I know. She genuinely cares about her students, always encouraging us to continually learning. They both told me that Delta Gamma was starting a new chapter at Georgia College. I figured it might be cool to help set the tone for the chapter as a founding member, so I went through the events.

When I received my bid to join Delta Gamma, I still almost didn’t go. I almost didn’t, but for whatever reason, I decided to go. And I am so grateful I did. I now have a beautiful twin (we didn’t get big’s or little’s because we all joined at the same time) and a chapter full of girls I wholeheartedly love and adore. They have been there for me, and I try to always be there for them.