Workplace Etiquette That Should Be Followed

Workplace Etiquette That Should Be Followed

What Not To Do While At Work 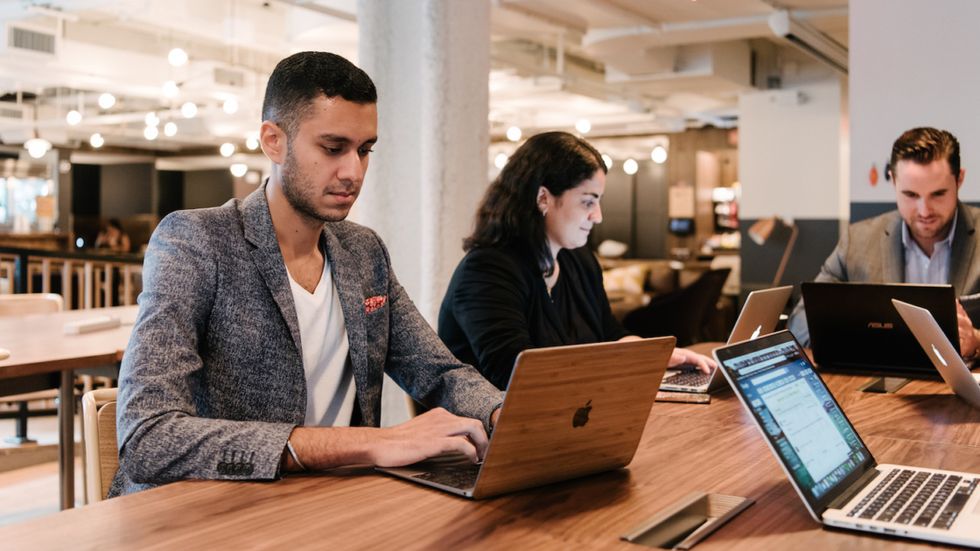 Photo by Samantha Pena of WeWork

Everyday millions of people around the world get up and head to work to make their dreams a reality. While we are busting our butts to make our goals happen, we are surrounded by different types of characters that we call coworkers and employers. For the most part the coworkers that we work with are actually pretty decent and just as hardworking as we are, however, there are some coworkers who are not that decent and take it upon themselves to isolate their coworkers, harass them, and make them completely uncomfortable. Unfortunately this is a reality for many out there in the work force, they are bullied, harassed, and even have unwarranted comments regarding their appearance. With that being said there are rules of etiquette for the workplace that need to be placed to prevent certain things from happening.

"Did you gain weight?" No, do not even go into that territory. Because you don't know what that person is going through at that moment in time, and it is none of your business. In fact, the only person that should be asking anything regarding a persons weight is a doctor.

"I was at work one day, and a coworker said that I had become fat." *Bailee said as we talked about workplace problems. The hurt on her face was very apparent and knew that it was completely wrong to make comments about ones appearance, and very inappropriate to do that at work.

How Far Along Are you? Or Are You Pregnant?

Going back to the first one, you should not make any snap comments or questions regarding a persons appearance, especially their weight. And this is the same when it comes to not being sure if a person is pregnant. Until that person has brought it up themselves about being pregnant do not make any comments directed towards it.

Having an Attitude When Told to Do Your Job

Making phone calls, checking on patients, doing vitals, fixing products...whatever your job may be that is what you are supposed to be doing. And every time you bring your attitude into the mix you are only stirring the pot and making everything worse for yourself. You can get yourself not only in trouble but also put others at risk for your negligence and showing others that you are very unprofessional.

It doesn't matter if you are the janitor, a doctor, a teacher, or a CEO, you do not talk down to those who are in other departments than yours. There are several people in the workforce who decide to take it upon themselves to degrade and talk others down, either behind their back or even to their face. This is unfortunately common, and it has been shown that there some people who are considered to be in the higher status rate who disrespect those who do jobs that seem to be beneath them (janitorial, plumbing, techs of any field, etc.) and feel that those who work those positions are incompetent which is far from the truth.

Did You Hear About?

Gossiping is unfortunately one of the major concerns in all workplace environments around the world, and although we cannot stop people completely from gossiping in the workforce we should be able to monitor what is going on in the building. Gossiping has become associated with those who have nothing better to do but to talk negatively about someone just to make themselves look a lot better. But in reality when someone gossips in general it shows that they have a bad self image problem and only want to make themselves feel better by bringing down their coworkers, destroying their professional career in the process.

It may not be in your job description to do something, but it doesn't hurt to even try to help out another coworker, especially if they are completely busy with other things on their plates. If you have nothing else going on you can take a few minutes to help your coworker to get something done that way no one is running behind.

Throwing Others Under the Bus

This happens everyday at every job around the world. Without a doubt every day we will witness someone at work saying, "Oh well, I didn't do that. It was actually _________."
It doesn't matter if you didn't do whatever need to be worked on or whatever the situation may be, but to throw your coworker under the bus shows your character in every possible. So, next time think about this when your coworkers or supervisor approaches you.

No one needs to know what crazy sexual antics you are into, nor are anyone really wanting to know exactly what you did last weekend when you were drunk. Keep those details to yourself (or your friends if you are outside of work). Another thing no one at work needs to know is what you do in the privacy of your home with whomever you are attracted to, because it has nothing to do with the job you currently hold. Some people might be uncomfortable with you talking about such topics, and in all honesty, things that are considered intimate are actually inappropriate to talk about at work.
* For legal purposes names have been changed.
Related Articles Around the Web
Report this Content
This article has not been reviewed by Odyssey HQ and solely reflects the ideas and opinions of the creator.
Swoon