Why Women's Sports In Media Is Important
Odyssey

Why Women's Sports In Media Is Important

With most sports media being dedicated to men's sports, women's sports are often left out or ignored 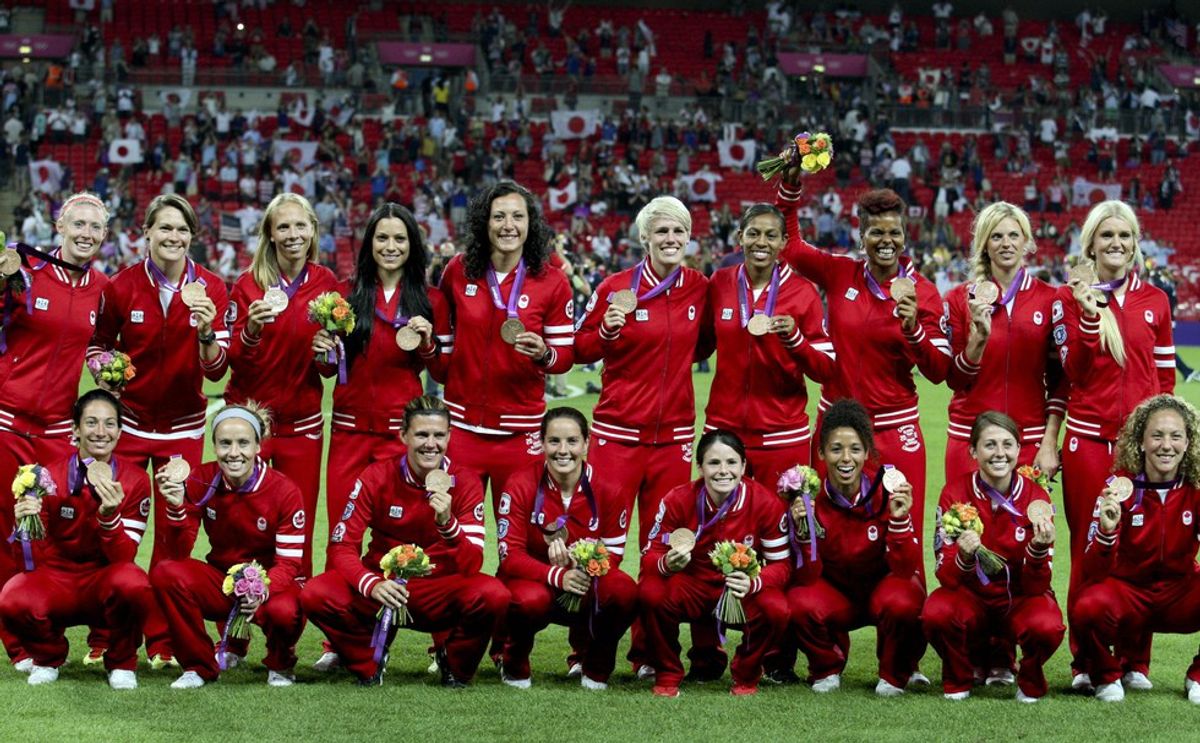 Now that baseball season is over, and football season is in full swing, news about those two sports are all over news and sports media. But, as many people likely point out, there are only men’s football and baseball teams. This is not actually correct, contrary to popular belief. While there isn’t a women’s baseball team, there is a women’s softball league (NPF), as well as a women’s football league (WPFL). Last year, a professional women’s ice hockey league (NWHL) was started in the northeastern US. These leagues have teams and championships, but the reason they aren’t as well-known as their men’s versions is because they don’t get as much media coverage.

Clearly, people are more than willing to watch these sports, as football, baseball, and basketball are shown to be the three most popular sports in the US. But these are all the men’s versions of these sports. Even the Women’s National Basketball Association (WNBA) doesn’t get close to the amount of media coverage as the men’s National Basketball Association (NBA). This is in part because sports channels think Americans (in particular, American men) would rather watch men’s sports than women’s, and in another part because advertisers like to be able to show ads to what they think is likely to be a specific audience (they are assuming that most people who watch sports are men, and that if women’s sports were shown, more women would watch them). Different advertisers like to advertise more towards men, while others will advertise to women, but only a few advertise to both genders. So with a more diverse audience, advertisers think people would be less likely to buy their products.

But on the topic of media coverage, since girls don’t see women’s sports depicted in the media growing up, they don’t realize they have the option to go professional with their sport, unless they play basketball and get into the WNBA. But even the WNBA is barely represented in sports media. And the only other shot girls see at having a career in athletics is to make the Olympics in sports such as swimming or gymnastics. But while swimming and gymnastics are wonderful sports, not everyone is interested in them, and neither men’s nor women’s swimming and gymnastics get much media coverage outside of the Olympics.

To see that women play sports easily as hard as men, all you need to do is watch any women’s sporting event. Whether it’s Katie Ledecky destroying her competition in the pool, or Maya Moore dominating the basketball court, women are amazing athletes who deserve much more media coverage than they’re getting. So if you have the opportunity to watch a women’s sporting event, even if it’s online, watch it! The more media services know people watch these sports, the more likely channels will broadcast games and events, giving more girls knowledge of how far they can go in their sport, and showing the world that women are just as athletic and just as competitive as men.

Kassie Hsu
Baylor University
1653
Panda Whale
Here are 100 things I'd rather to than study. I know the semester just started, but
Featured