Why We Need To Stop The Mental Health Stigma

Why We Need To Stop The Mental Health Stigma

The stigma that's making us sicker. 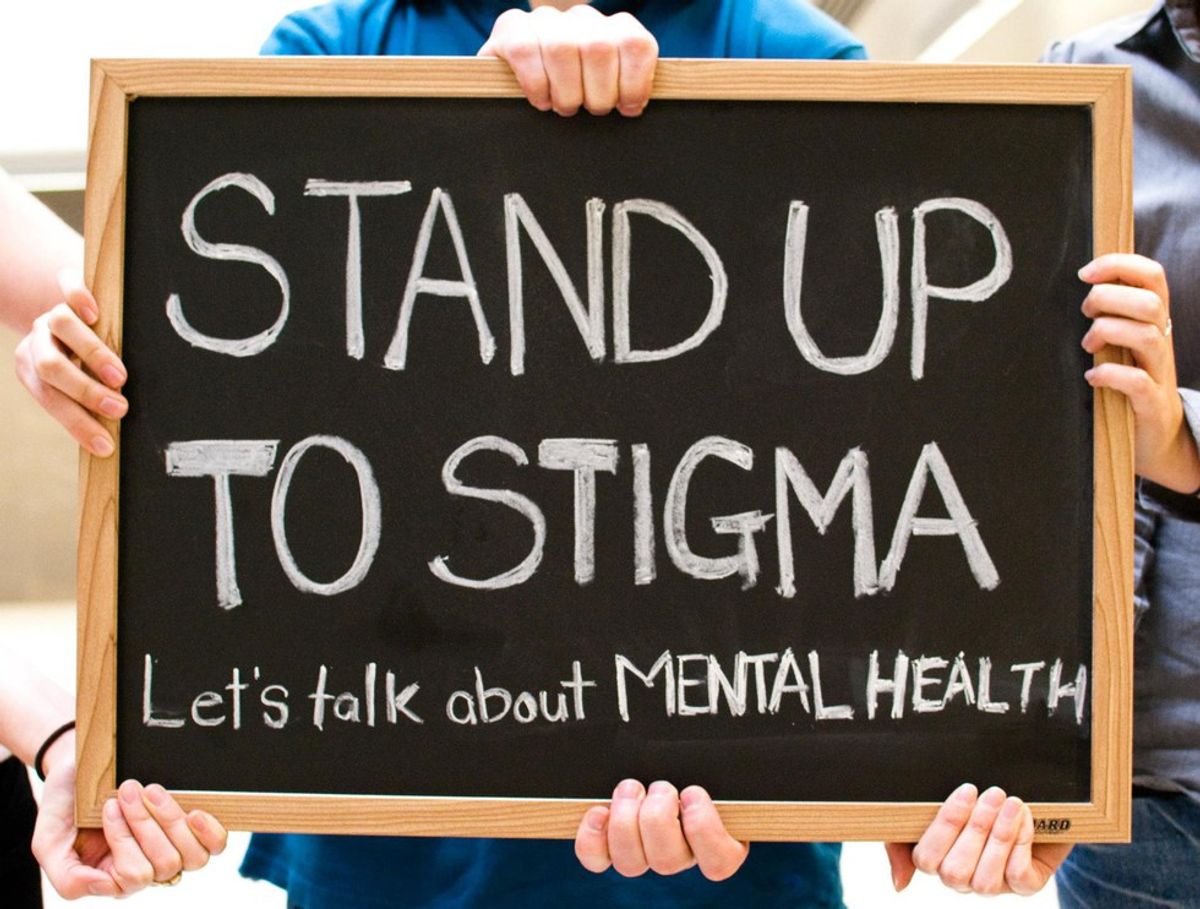 In today's world, mental illness represents the largest economic burden of any other health issue, costing roughly $2.5 trillion in the past couple years alone, a number projected to triple by 2030. Shockingly, 60 percent of people suffering from mental health issues do not receive any care, primarily because of lack of resources and health care. But there is another silent enemy of the mental health industry, the social stigma that seems to accompany these conditions. Research continually suggests that the public holds a generally negative perception of mental illness, which has led to hurtful and false stereotypes.

Because of this public perception, it seems a mental health "stigma" has run rampant amidst our society. People suffering from common mental health illnesses such as depression, anxiety, OCD, and bipolar disorder are put in a position of shame because of their supposed mental "shortcomings." Those who seek treatment and medication often keep their condition a well-guarded secret, while the remaining number of afflicted people will never seek help because of embarrassment and fear of judgement.

I'm here to tell you we need to make a change.

One in five Americans will suffer from a mental health related illness at some point in their life. Look around you. Your classmates, your coworkers, your friends, even your family. Do they "fit" the common stigma of what mental health sufferers should be like?

When I tell people that I have suffered from major depressive disorder for the majority of my life, they're shocked. The truth is, depression has no profile. It has no specific target. It can happen to absolutely anyone. At the beginning of my mental health treatment, I was slightly ashamed of myself. Most days getting out of bed was nearly impossible, and going outside and joining society was out of the question. I was inexplicably sad, all of the time, and covered in a shroud of self-pity and internalized hatred. Why was I unable to be like "normal" people? I quickly discovered I was not alone, and through the help of close friends and family, I found my footing and regained the confidence and tools to start living my life.

The thought of people, just like me, suffering in silence for fear of criticism is heartbreaking. Not only is it saddening, it's destructive. Each year, thousands of Americans die from untreated mental illnesses, the majority of these deaths being suicides. It is our jobs as humans, to support those who suffer from mental afflictions. There should be no shame associated with suffering from anxiety or depression, as it is quite simply out of our control.

Let's change the dialogue. Let's uplift others instead of casting them into the dark. If you suffer from a mental health related issue -- you are not alone. You are not less beautiful, less intelligent, or less of a person. You are strong, capable and worthy of love.

So how we do fix this issue? It all starts with spreading awareness and changing the way we talk about this topic. Sign the National Alliance on Mental Illness "Stigma Free" pledge to join the movement.

"All it takes is a beautiful fake smile to hide an injured soul." -- Robin Williams