And how to get it right. 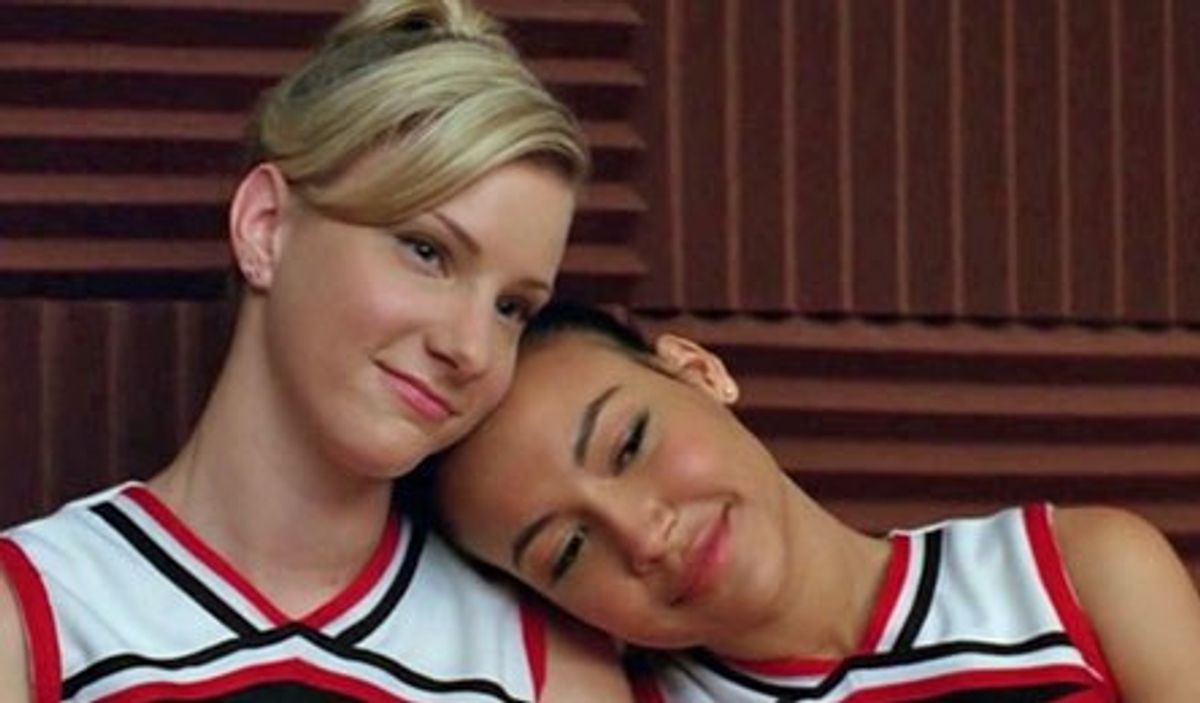 For the first decade or so of my life, I didn’t realize that gay people existed.

I lived in a fairly conservative place, with a conservative family. Gay people were considered difficult to speak about, to say the least. My family isn’t virulently homophobic (they have gay friends), but to this day, LGBT issues are not considered child friendly in my house. I had no idea the things I felt had meaning, much less a name and identity attached. I had crushes on boys, so nothing was too amiss. Romantic feelings for girls were considered friendship, since the idea of two girls dating was impossible to comprehend (non-binary identities were still a very far-off idea as well).

Then I began a new book series called "Abarat." It’s a children’s fantasy series that I adored for the lush writing, gorgeous art, and fantastical setting. However, it stuck with me as my first brush with the LGBT community. One of the characters casually mentions his husband. I had to flip the page back over to make sure I read properly. I had – these two men were married and had a life together. The character talks about his husband throughout the series. When I read the author Clive Barker’s biography in the book, I discovered that he, too, had a male partner.

My mind was blown. Suddenly, I had this entire new area to explore. I had the clues, and I had the precedent. Though it would take a few more years for me to come into my identity as a bisexual person, this early experience showed me that people feel the way I do too. Seeing gay people was the first step to realizing what it all meant for myself.

When I finally did come out, my parents were not happy. They weren’t explosive, but they claim (to this day) that bisexuality isn’t real. Seeing couples on television who were like me – notably in "Glee," since that was one of the few shows on at the time with gay characters – was a life raft. I lived vicariously through them and their journeys to love, both with each other and themselves. For all the ridiculousness that show was, it was vital to me, as a young person, to see something of myself in the media.

At the risk of sounding elderly much too early, kids today have a wonderful selection of LGBT representation I would have never dreamed of. From Korra and Asami on “Legend of Korra” to Ruby and Sapphire on “Steven Universe,” children’s media is slowly redefining what is appropriate to include gay relationships. I am so grateful and overjoyed when I realize that current and future LGBT children will have a variety of wonderful representation to choose from.

However, we can do much better still. Many shows rely on queerbaiting rather than actual representation. “Queerbaiting” refers to a ploy by showrunners to create gay undertones in their shows without overtly confirming anything. There is never any intention to have gay characters in these cases; they tease gay fans who, desperate for something to see themselves in, will watch any way. It is a cruel practice. It tells fans that their stories are not worth telling, too risky to speak of, and that their love is shameful. When these fans are gay children, this can be especially damaging, but queerbaiting hurts LGBT people of all ages.

Another harmful trend is the “bury your gays” trope. This refers to the abnormally high death rate of gay characters – especially women loving women. This stems from a need to punish immorality, and being gay has a long history of being viewed as immoral. Writers may defend their choices as being solely for the art, but with the context of this trope and the history of real violence against gay people, this sets up a terrifying pattern for LGBT people: that your love is not just bad, it’s fundamentally unsafe.

Pop culture has much more sway than we like to admit. As a society, we want to believe we’re “above” the banal somehow. This banality, however, is a huge part of our lives. It shapes our perceptions of our lives and ourselves. For LGBT people, pop culture has been too cruel for too long. Even as it begins to soften, we still have a long way to go.