Why I'm A Feminist

I support my fellow women because I am a woman and I wouldn't have it any other. 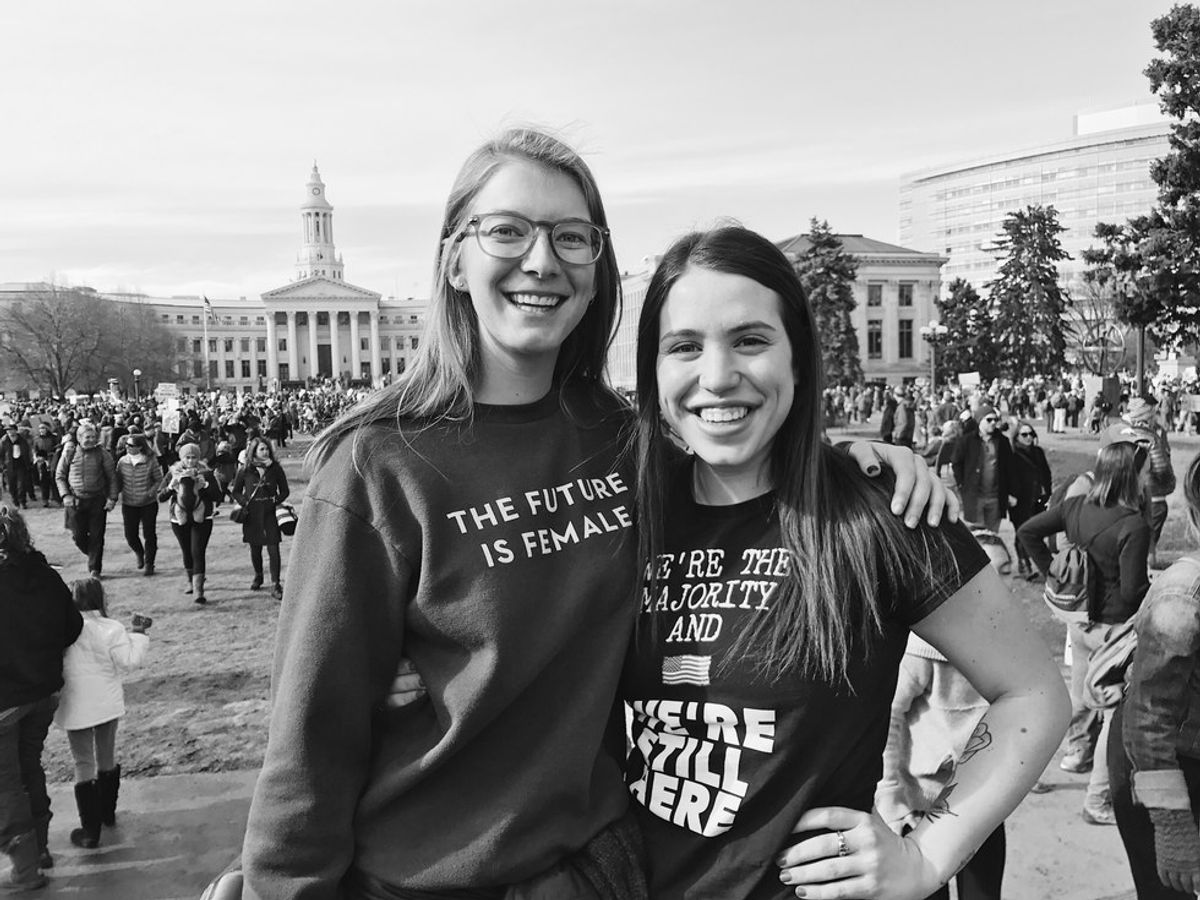 Feminism. Defined by Merriam-Webster Dictionary as: (1) the theory of the political, economic, and social equality of the sexes and (2) organized activity on behalf of women's rights and interests.

And the third definition of feminism: Me.

We live in a world that's defined by change. A world that has continued and survived due to the evolution of humanity. In technology, in science, in medicine and most importantly, in social change.

The America my grandparents grew up in is much different than the America I grew up in. I was a child of technology, my grandfather was a child of World War II. I grew up in a country that was built on diversity and that celebrated the many people that make this country what it is. But, I also grew up with the societal understanding that my male counterparts were better, because they were men. An idea that has been around for as long as society itself.

Luckily, I was raised by incredibly hardworking, strong, independent women that taught me what it means to be a woman. Who instilled in me the value of being a woman, even when the patriarchy was telling me I had no value at all. So while society said being a man was better, I was being taught that all people deserve equal rights. I was a feminist from day one.

I don't hate men, I hate the patriarchy. I hate that misogyny still exists in the twenty-first century because the patriarchy is scared that women can make a positive change in this world. A change that can't be made by men. And that's why I'm a feminist. The patriarchy shouldn't have the right to oppress women — or anyone for that matter — due to fear. It's 2017, ain't nobody got time for that.

"I am not free while any women is unfree, even when her shackles are very different from my own." -Andre Lorde