Why Has The U.S. Not Banned Cosmetic Animal Testing?
Odyssey

Why Has The U.S. Not Banned Cosmetic Animal Testing?

It's not just cruel, it's inefficient. 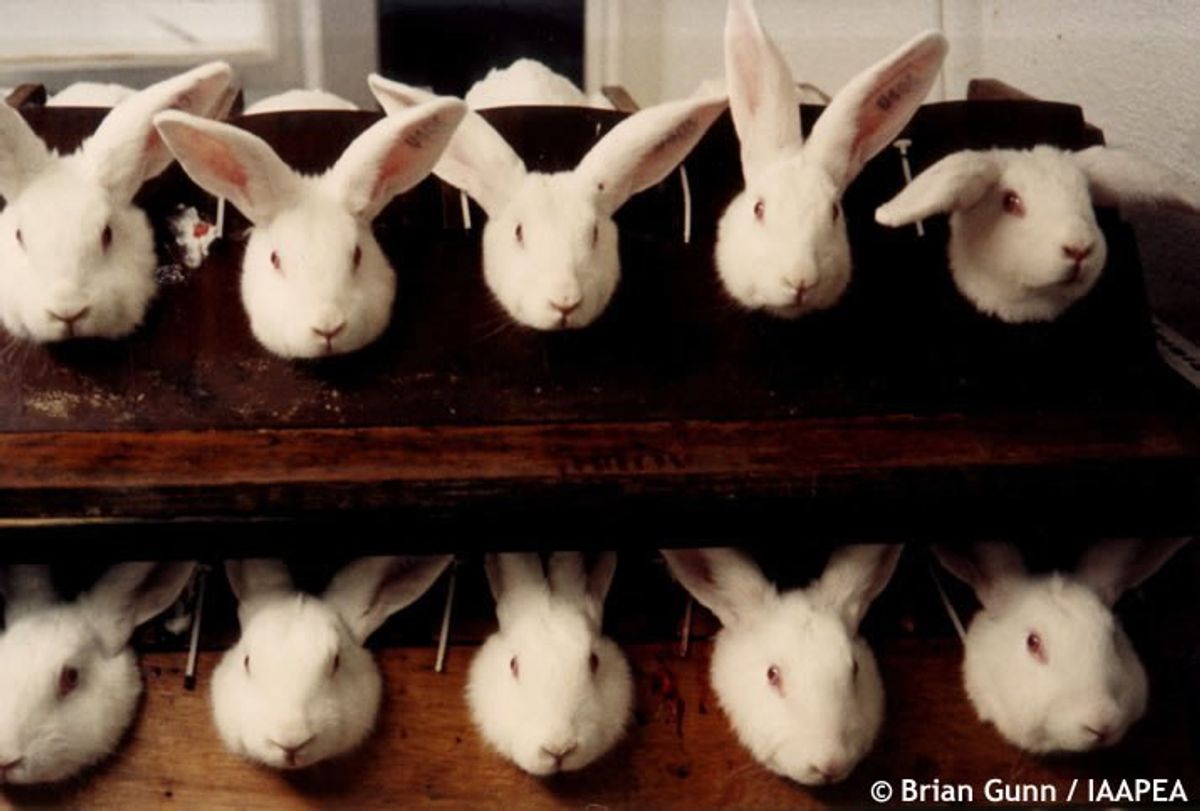 Stuart Little, Mickey and Minnie Mouse, Bugs Bunny, Curious George: These are just a few of the many childhood characters that also happen to be the most common cosmetic test animals. Imagine Bugs Bunny with red, bloodshot eyes and a patch of shaved fur, oozing from infection, or Stuart Little suffering from bloody rashes. The years of using animals to test cosmetics need to come to an end.

At one time, there was a reason to use this method, but modern technology has come far enough to formulate more accurate and harmless alternatives for almost every animal test needed to ensure the safety of the consumer. Not only is it abusive to force animals to be subjected to burns, scrapes and infection, but it is also unethical to end the lives of thousands of animals each year for our own luxury. Although a few laws outlining regulations have been put into place, a cosmetic laboratory has the freedom to test whatever they please as long as the FDA isn’t there to catch them in the act. If companies like Lush, Burt’s Bees and L'Oreal already thrive while pledging to not test on animals, why can’t the rest of the United States follow suit?

Animal testing for use of cosmetic safety only started around the early 20th century. Products such as Lash Lure, Dr. T. Felix Gouraud Oriental Cream, and Elixir Sulfanilamide caused consumers to lose teeth and eyes, develop black gums and skin and even caused a mass death. More than 100 people died in the span of three weeks from the Elixir Sulfanilamide, which garnered the attention of politicians and legislators. As a result, the Federal Food, Drug, and Cosmetics Act was passed in 1938 and allowed the U.S. Food and Drug Administration (FDA) to oversee the safety of cosmetics as well. With only two pages devoted to cosmetics, the bill limited the FDA’s power to regulate cosmetics completely. “Under the law, cosmetic products and ingredients do not need FDA premarket approval,” but they can remove products that “contain unsafe ingredients” or have “misleading labeling” (FDA). Today, cosmetics can still contain harmful ingredients, which is why cosmetics companies turned to animal testing in order to ensure products would stay on the shelf.

As most people have seen through videos posted on Facebook or in the news, test animals are subjected to intense pain and suffering. Usually, no painkillers or analgesics are provided, which means the animals feel every cut, burn, infection and scrape. Lush Cosmetics, a cruelty-free and natural cosmetic company, published this video, showing a performance artist being tortured like an animal to raise awareness of cosmetic animal testing. Cruelty Free International published a video showing the treatment of test animals inside a cosmetic laboratory.

Various tests are performed to ensure product safety, but most include more drawbacks than strengths. A detailed list of each test can be found on the American Anti-Vivisection Society website, which describes how the tests are performed, their disadvantages and precise non-animal alternatives that have been developed. According to Michigan State's Animal Historical and Legal Center, "Many manufacturers continue traditional animal testing, despite the existence of federally approved alternative tests." In-vitro tests, which involve any kind of donated blood, cells or tissue, are on the rise in the cosmetics industry because of their high accuracy and speedy results.

Although legislation has been put in place to try to regulate how the cosmetics industry ensures the safety of their products, the government actually has less control than one would think. According to the FDA, they don’t require animal testing, but they do “advise cosmetic manufacturers to employ whatever testing is appropriate and effective for substantiating the safety of their products." The FDA relies on researchers and workers in the cosmetic facilities to follow the laws that they have instituted, along with establishing unannounced visits. There is no minimum amount of times that the FDA must conduct an inspection, meaning if a facility is violating a law or mislabeling a product and no one reports it, the FDA would most likely not find out until its next warranted visit.

The first law that regulated cosmetics was the Federal Food, Drug, and Cosmetics Act of 1938. As stated earlier, the bill allowed the FDA to take products off the shelf if they violated labeling or ingredient rules and to take legal action against companies who break the law. The main drawback to this law is that the FDA does not have the power to pre-approve anything that goes on the market.

In 1966, the Animal Welfare Act was signed by President Lyndon Johnson and enacted standards “to govern the humane handling, care, treatment and transportation of animals by dealers, research facilities and exhibitors.” It is the only U.S. law that regulates animal treatment in research, even though it is minimal. The AWA protects “rabbits, guinea pigs, dogs, cats, chimps and monkeys," but excludes mice, rats, birds, cold-blooded animals (reptiles, fish, amphibians) or animals farmed for food (cows, pigs, chickens), which make up almost 90 percent of all animals used for cosmetic tests. The United States Department of Agriculture is responsible for carrying out the AWA while they only have 115 inspectors to inspect almost 8,000 facilities, making it difficult to follow up with labs.

According to PETA, the U.S. Environmental Protection Agency (EPA) at one time required “more animal-based chemical toxicity testing than any other federal agency” (PETA). Now, they are stepping away from animal-based tests and towards in-vitro tests. More recently, the Humane Cosmetics Act was introduced to Congress which would phase out animal-based testing for cosmetic products in favor of cutting-edge testing methods, and eventually prohibit the sale in the United States of cosmetics tested on animals in other countries, making sure that only safe and humane products enter the American market. Although Congress failed to take action, the bill has continued to gain bipartisan support in the hope of eventually getting traction.

There is no doubt that animal testing has brought many breakthroughs via medical and cosmetic tests, but that was a time before there was advanced technology. Modern day testing alternatives for cosmetics have not only abandoned the use of animals, but also proved that they yield a majority of better results when compared to tests involving animals. Overall, cosmetic animal testing needs to be banned in the United States because it is abusive, it creates unreliable results and there are more accurate alternatives. There are few enforcements to make sure companies are abiding by laws, legislation protecting the animals is weak and other countries have already banned the use of animals for cosmetics testing.