Why Going to a Big Ten School is Awesome
Odyssey

Why Going to a Big Ten School is Awesome

We have the best sports, best rivalries, and the best school spirit. 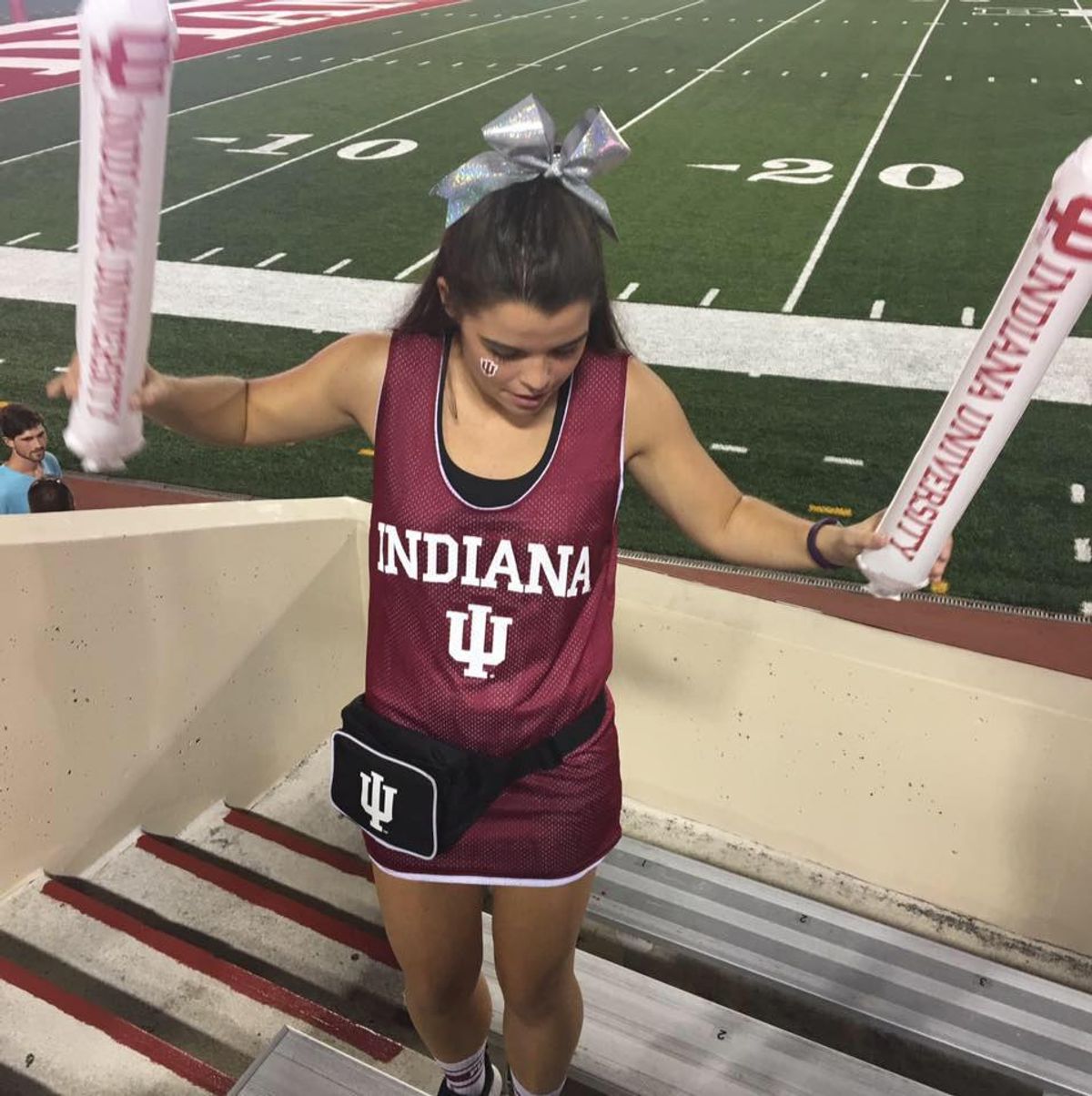 My senior year of high school, I applied to only two colleges. I knew that they were the only two schools I was interested in and so I did not want to waste money applying elsewhere. I applied to one school in Florida, because who wouldn’t want to be able go to the beach in between classes?! And I also applied to a Big Ten school. In the end, the appeal of a large school with outstanding athletics and an abundance of school spirit won out.

Now, don’t get me wrong. Academics played a part in my college decision as well, but it is certainly more exciting to go to a school that you can rally behind in big tournaments and national championships.

Football games are very exciting to go to- while our team may not always win and may not always make it very far in the post-season, we do compete pretty well and it is more about the school spirit and the comradery anyways. Tailgating is a must on Saturdays- spend the morning or afternoon with friends and family having fun before the game and you are bound to have a good experience. Everyone is always decked out in school colors and there is sure to be something going on to get involved in.

College basketball is the single greatest thing to ever happen to the United States, I’m pretty sure. The atmosphere of these games is unlike any other, it is truly something special to be a part of that many Big Ten schools can understand. March Madness leaves everyone hanging on the edge of their seats, wondering how far their beloved team with make it this year and always choosing their own school as the National Champion in their bracket, even if it does lead to the inevitable bracket bust. At a Big Ten school, basketball is everything. And I think I speak for the majority of students attending a Big Ten school when I say that we cannot wait for the next two months to fly by so that we can go back to rooting on our teams with excitement.

The other sports at our schools are just as exciting, though they do not always get as much attention from the media. For example, at Indiana University, (where I go!) our men’s soccer team has won several national championships and is continuously one of the top teams in the nation. Not only has our soccer team found a great deal of success, but we also had several swimmers and divers compete in the Rio 2016 Olympics, many of them returning with medals.

So, as you can see- there is a lot to be said for Big Ten schools and their great deal of school spirit because of their exceptional athletics. There is no better feeling than going to a Big Ten school because of overall spirit and the traditions it brings with it. So if you are in high school still and deciding where to go, consider a Big Ten school, especially IU!

Emma Hyatt
1196
The Truth About My Parents' Divorce