First Past The Post voting methods unfairly cater to a two-party system, so here's how America needs to change. 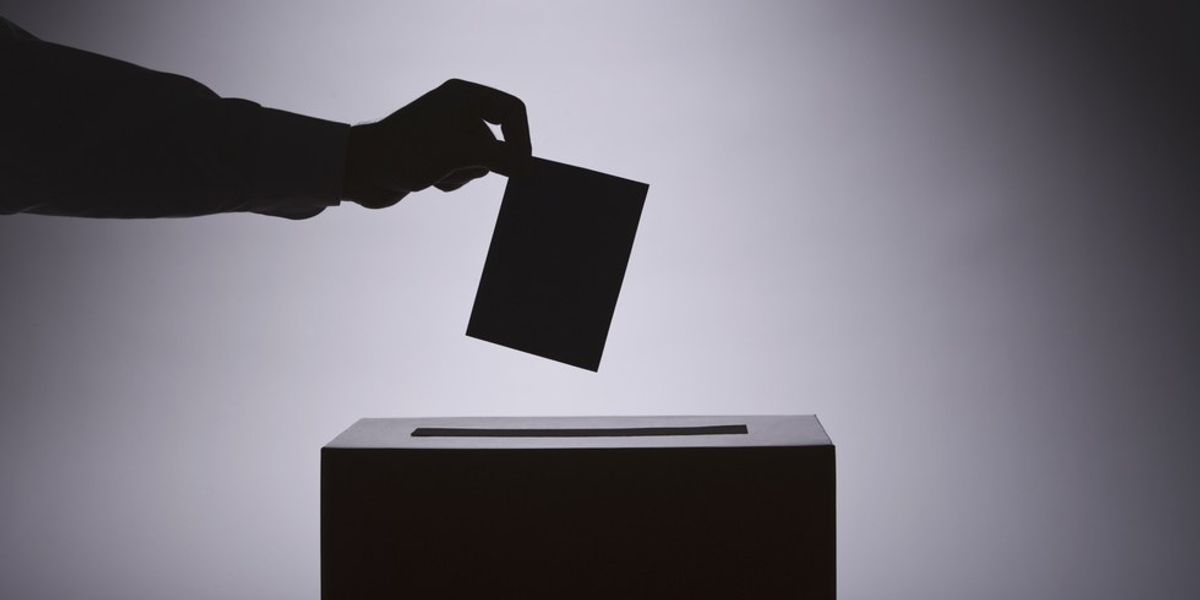 We’ve all been seeing it throughout this election. For every Clinton or Trump supporter, there’s someone who is divided between the candidates, hating them both equally. With this understanding, only a small percent of the population would be happy with a result of the election, whether it was Clinton or Trump who was the winner.

Believe it or not, this isn’t inevitable.

The voting method America uses today – along with most other democratic countries around the world – is called “First Past The Post” or “Winner Takes All.” In this method, the candidate with the most amount of votes is the winner of the election. Taken at face value, this seems fair, but in reality it’s not. For example, according to USA Today’s 2016 Election Poll Tracker, Clinton has the most support, with 44.1% (however, it’s important to note that it doesn’t say how perspective voters were asked who they wanted to vote for). This leaves the remaining 55.9% of the population, a majority, dissatisfied with the election turnout.

Additionally, with this method, there almost always is a two-party system in place after this kind of voting has been in place for a while. This happens because the media will get the most funding from the biggest candidates, giving the people easy access to information on only those candidates, and making them think they have to choose between the two. So many voters end up voting for the “lesser of two evils” to prevent their most hated candidate from winning. With this system, it’s actually the smarter choice, but they still probably won’t be very happy regardless of the result. Clearly, there’s a problem with this system.

Fortunately, there are other voting methods. One of them is called the “Alternative Vote,” and works to ensure that everyone is at least somewhat satisfied with whoever gets elected. This system also eliminates the need to vote against unfavorable candidates, as it’s almost impossible to determine who will win. In this system, voters rank their preferences, putting a “1” next to their first choice, a “2” next to their second choice, and so on until either all the candidates are given a number, or the voter dislikes all the remaining candidates equally.

So if a voter in the election this year were to vote, they could vote for who they really want to vote for, not just against who they really don’t want in office. So a hypothetical voter may rank Jill Stein as first choice, Gary Johnson as second, Hillary Clinton as third, and Donald Trump as last. If we assume that USA Today’s Poll Tracker is unbiased and asked voters who their preferred candidate was (as opposed to asking them who they planned to vote for, because many of these people plan to vote for either Clinton or Trump to prevent the other from being elected), then this could be a good idea of what this hypothetical election could look like with only the first choices. So Clinton at 44.1%, Trump at 40.9%, Johnson at 6.5%, and Stein at 2.3%.

If one of these candidates had more than 50% of the votes, they would have automatically won the election, but since the highest percentage is 44.1%, the candidate with the lowest number of voters is eliminated. That’s Stein’s 2.3%, from which we get her voters’ second choices. Stein has very liberal views, so it’s likely that some of her votes will go to Clinton, but as a third party candidate, it’s more likely that her supporters don’t like either Clinton or Trump, and therefore ranked Johnson as their second choice, like the original hypothetical voter. So now Stein is out, Clinton has 44.3%, Trump 40.9%, and Johnson 8.6%.

From here, there still isn’t a candidate with a majority, so we have to eliminate Johnson. This time, we have to work with some third choices, especially since a fair amount of Johnson supporters probably listed Stein as their second choice. But after this, many of his supporters probably didn’t have a preference, so left the Trump and Clinton boxes blank. The others were probably evenly divided between the two remaining candidates, with Clinton winning with a close margin of error.

If we assume that most of the Clinton and Trump supporters chose their candidate in the process of voting against the other, we can find a much more evenly spread result. So perhaps instead the first choice candidates would look like Clinton 30%, Trump 27%, Johnson 26%, and Stein 17%. Again, Stein will be eliminated, but with most of her voters picking Johnson as their second choice, he would soon become the leading candidate, eliminating Trump, and probably placing Johnson as the elected president.

Of course, this is just speculation, and in a real election it could turn out completely different, but this is how I see and Alternative Vote election turning out with today's candidates and their current popularity.

Because the Alternate Vote gives voters more power in preventing the candidate they like least from getting into office, it’s actually fairer than First Past the Post. Of course, it’s still susceptible to gerrymandering, but this appears to be the only flaw. Some people may not be happy with having to be informed about every candidate, but if voters actually know about who they’re voting for, they’ll be happier with whoever gets put in power.