This is based off of a homework assignment that inspired me.. 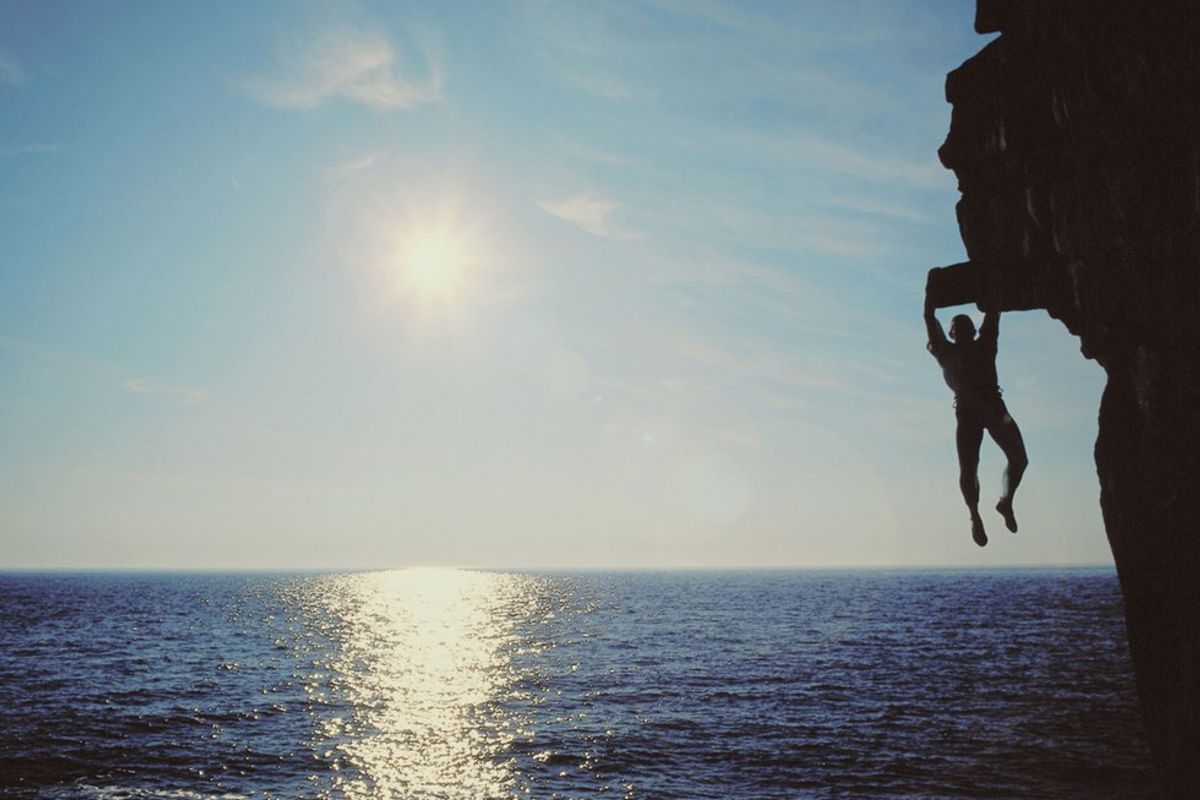 At some point in our lives, everyone has experienced a time where they felt vulnerable. In Brené Brown’s TED Talk, she addresses vulnerability and discusses her research on individuals who accept their insecurities versus those who do not. Individuals who accept their vulnerabilities are more likely to have a sense of love and belonging than those who do not. These individuals had the courage to put themselves first, and are loved for doing so. They believed that their imperfections are what makes them beautiful, which gave them the appearance of being authentic.

Unlike these individuals, some people are ashamed of their insecurities because they believe if anyone discovers their flaws, then they will be viewed as unworthy to create a connection with. When these individuals were asked to speak about something positive such as love, they responded with the first time they got their heart broken. They are so concerned with being deemed unworthy and are unable to create connections with those around them. Because of this, they do not expose any of their insecurities and ultimately numb themselves from feeling vulnerable. This leads to them being unable to feel other emotions such as joy, excitement, and so on.

I believe that everyone has been exposed to a situation that has resulted in them showing their insecurities. However, I do find it interesting that people who are ashamed of their insecurities are less likely to feel a sense of belongingness. In my opinion, to be imperfect is human, and everyone has something they want to be kept secret. Although I haven't accepted all of my insecurities, I can say I do feel a sense of belongingness because I have come to accept that perfection and flawlessness are unobtainable. Some people can accept that simple fact, while others have a more difficult time coming to terms with it.

Personally, I think if I were to take Brené Brown’s survey, I would be somewhere in the middle. In certain situations, I do feel ashamed of my insecurities and believe that if anyone knew certain things that I would lose the ability to create connections. On the other side of things, my stance is also similar to those who feel their imperfections are beautiful. I am the way I am for a reason. As the saying goes, “when life gives you lemons, make lemonade” I have no idea who first said that, but that’s what I’ve been doing my whole life thus far and I don’t plan on changing anytime soon. Anyone who doesn’t accept me for all that I am, isn’t someone I want to have in my life. It actually took me a very long time to realize that. During high school, I was so concerned with having people like me, and ‘fitting in.’ Once I became a Sophomore, all of that changed. I started being myself, and came to discover that people love me for who I am.

There are times where I still wish things were different for me, or that I was a different kind of person. But then I realize if things weren’t the way they are, and I wasn’t the way I am then my whole life would be different. Without my life being the way it is, I might not know some of the people I hold closest to my heart. From a young age, I always thought that if we were all the same, and everyone looked alike then we would have nothing that distinguishes ourselves, and life would be really boring. It’s very easy to “judge a book by its cover” when you don’t know the whole story. Too often people judge others on something that makes them different, before actually getting to know the person they are outside of their insecurities.

It’s up to us to decide what we do with our vulnerabilities. Whether we choose to accept and love ourselves enough to let another person see us for who we are, is a battle that we could possibly face our whole lives. There are times when I think I’m done fighting that battle, and have come to accept myself for all that I am fully and completely. However, there are situations that bring up insecurities for me, making me feel vulnerable. I believe that I’ve gotten better at letting people in and exposing myself, at least a little bit more than I used to. There are times where it still hard for me to let people in, and it’s probably because I am fearful of their reactions to what I’m about to expose.

Everyone has felt vulnerable at some point in their lives. Some people may have accepted themselves fully, or some people may have felt shame and kept to themselves during that time. I think what people don’t realize is that a lot of us have similar things to be vulnerable about. There are times when people think “that person is so much more ___ than I am” but what they don’t realize is that they could be saying the same thing about them. I’ve had a hard time not comparing myself, and changing myself for others, and as I’m getting older it’s getting easier. There will always be times where myself, as well as others will feel vulnerable, and our reactions to those feelings will vary depending on the situation.