What I Want My Trump Supporting Friends To Understand
Odyssey
CurrentlySwoonLifestyleHealth & WellnessStudent LifeContent InspirationEntertainmentPolitics and ActivismSportsAdulting
About usAdvertiseTermsPrivacyDMCAContact us
® 2023 ODYSSEY
Welcome back
Sign in to comment to your favorite stories, participate in your community and interact with your friends
or
LOG IN WITH FACEBOOK
No account? Create one
Start writing a post
Politics

What I Want My Trump Supporting Friends To Understand

Who is he making America great for? 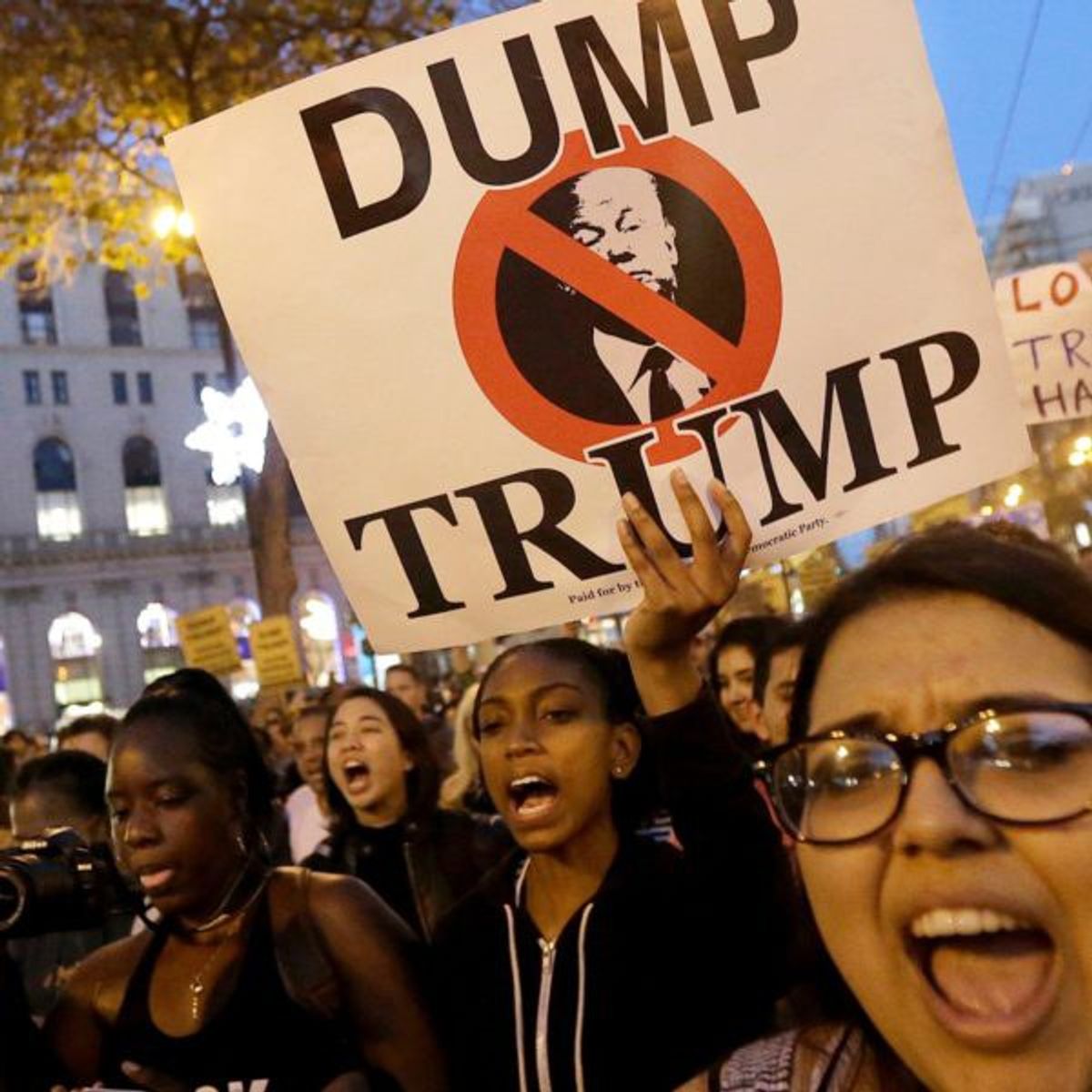 There are so many things I want to say and have you understand, so I will start with this...

Trump being elected President of The United States is probably one of the worst things that could have happened to me in 2016. Want to know why? Because I knew my life would start to change in a drastic way, and not for the better. There was genuine fear in my heart and a sense of hopelessness suddenly brought over my body.

Within the first two days of Trump being elected president, the feeling in the air was heavy, the tension between a lot of people in my life grew, and the mistreatment of Muslims, Blacks and Latinos became bafflingly violent. And you may be confused as to how the sudden mistreatment of multiple races affected me, but it did. Because I was personally mistreated.

It was the the day after Trump had been announced as the president elect. I was at school just going through my normal routine, trying to find a parking spot, enduring annoying lectures, etc. etc. Finally, it was my last class of the day and decided to go to bathroom. As I was walking, I was saw three white males at the end of the hallway. I'm sure they were students but who knows. The hallway was pretty long and the bathroom was in the middle. I wasn't necessarily paying any mind as one of them shouts at me, "Hey (insert N word)".

We were the only four in the hallway so I began to walk faster. As they got closer, another one of them said, "Enjoy right now because later you will be burning on a cross" and then once they approached me they just started yelling "TRUMP! TRUMP! TRUMP!" while passing me. I stood there frozen with fear. I continued into the bathroom and began to cry my eyes out. Once I collected myself, I went back to class, gathered my things, and went straight to Public Safety.

What happened next shocked me.

While sitting in the office explaining what happened, I was waiting for a gasp or for a look of shock or disbelief, anything. But once I finished, the officer handed me some water and said, "You weren't the first victim today". I think that was the saddest part of this whole horribly traumatizing experience. Hearing the words "victim" shook me, made me feel sick to my stomach and helpless. And the fact I was not the only one, made me feel even worse.

Never in my life has this EVER happened to me. Being approached by complete strangers who don't know my name or who I am and have them telling me I am going to be burned to death just because Trump is now president. Insinuating that this type of behavior is now acceptable, is heartbreaking. I thought to myself, thank God they did not know I was Latina because who knows what else would have been said or done. This was a rude awakening to what is now every minorities new reality.

Do not tell me to just accept the fact that Trump is president. Do not tell me that my genuine fear for my life is "nonsense". And do not dare tell me to "DEAL WITH IT". Because having my life threatened to my face just strictly based on the color of my skin is not something I can just deal with.

It is not something I will ever accept and it is most definitely not nonsense. He is not my president. And I am not saying this in a way that is expressing that I am protesting his presidency because it isn't. He is not my president because he is not FOR me. He is not for Muslims, or Latinos or Blacks. He is not for love and equality and fair treatment for ALL people. He is for having things the way HE thinks they should be, and so far...he has shown with these 10 disgusting executives orders that he is racist, sexist and a tyrant. And is willing to get rid of anyone who does not agree.

For all my Trump Supporter friends saying "He really is making America great again!", I ask you this one question...

Who is it really going to be great for?