Russia's return as one of America's premier opponents, combined with Trump's calls for closer ties, mean an uncertain future. 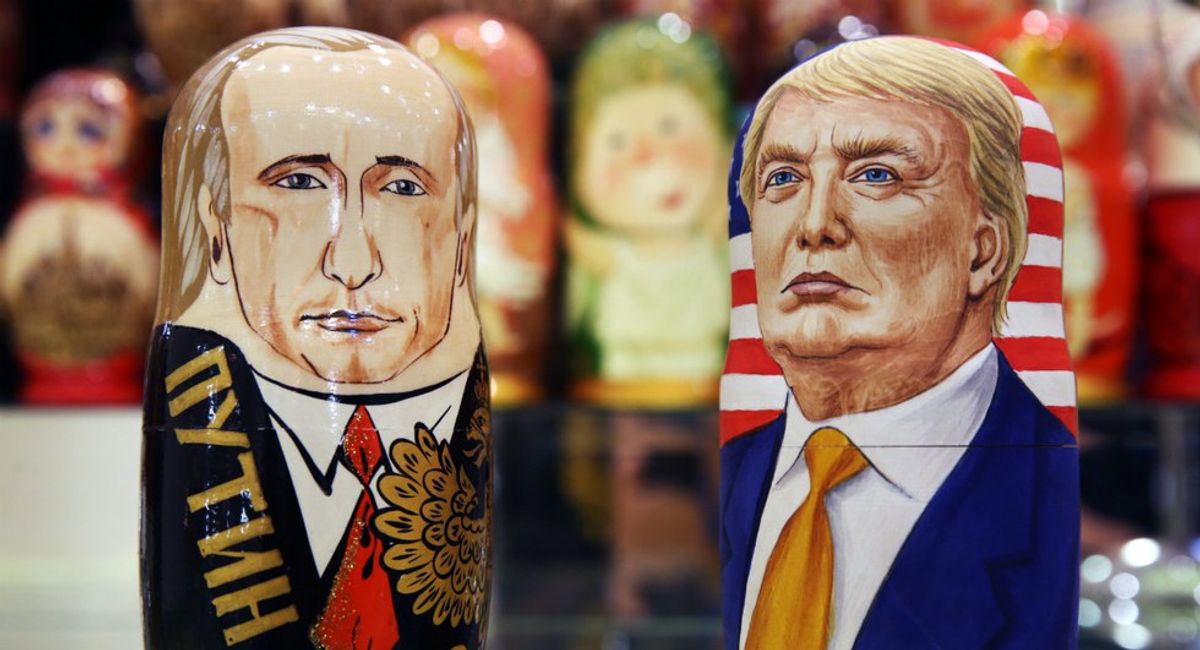 In 2012, when discussing who was America’s greatest geopolitical foe, Mitt Romney, who was then the presidential candidate for the Republican Party, said he believed it to be Russia. Barack Obama, the incumbent who would eventually go on to win the election and secure a second term as Commander-in-Chief, told Romney that the 1980s were “calling for their foreign policy back." Just over four years ago, this response was a serious blow to Romney, an assertion that his foreign policy views were outdated and failed to reflect the threats America faced (Obama believed the correct answer was al-Qaeda). But now, it seems as if the President’s dismissive response was the true error.

Russia has reasserted itself in the geopolitical realm. Under the stewardship of Vladimir Putin, Russia has seized the peninsula of Crimea and taken it from Ukraine, intervened in the Syrian civil war with devastating consequences for civilians in cities like Aleppo, and recently, according to America’s intelligence organizations, Russian agents unleashed a cyber attack against the Democratic National Committee in order to sway the 2016 presidential election in favor of Donald Trump.

The ascendance of Russia has long been a subject of discussion. It makes up the R in the term BRIC countries (the others being Brazil, India, and China), countries who’s rapid development has challenged the United States’ designation as leader of a unipolar international system created following the end of the Cold War. While Brazil, India, and China enjoy this distinction because of rapid economic development, Russia seems to have retained its status based on aggressive foreign policy.

As the millennium was beginning, Russia did experience favorable economic trends. It’s GDP growth rate jumped from -9.1% at the end of 1998 to 12.1% by the beginning of 2000. It seemed as if the downturn in the aftermath of the collapse of the Soviet Union had been resolved. But recently, Russia’s economy has experienced sharp decline. Russia fell into recession in 2015, and has been in recession ever since. Since the Ukrainian crisis, which sparked American and European sanctions, Russia’s national reserves have been reduced from around $80 billion to $30 billion. The decline of Russia’s currency and its struggle to gain federal revenues led President Obama to declare in his 2015 State of the Union address that Russia’s economy was “in tatters.” He also stated that Russia’s actions had made it an international pariah.

But while Russians are feeling the sting of economic decline, with nearly 3 in 4 acknowledging that there are problems with their country’s economy, Vladimir Putin remains an extremely popular leader. A recent poll showed his approval rating to be 82%, and it has not dipped below 60% since he rose to political prominence in 1999. The message is clear; Putin’s ability to assert Russia’s foreign interests and to antagonize the United States have allowed him to enjoy immense support despite Russia’s economic turmoil.

Those who believe Barack Obama was at first dismissive and later weak when confronting Putin must be quivering as Donald Trump prepares for his inauguration on January 20th. The president-elect of the United States at times appears to be a stooge of the Russian government, adamantly expressing doubt about its involvement in the hacking of his political opponents (although he has recently accepted Russia’s role as the perpetrator of cyber attacks against the DNC) and praising the intelligence of its increasingly undemocratic authoritarian leader.

Russia has proved a disrupting force to international norms. Its seizure of Crimea in 2014 violated principles against using force to seize foreign territory that have been part of the bedrock of international relations for decades. Its involvement in Syria has run in stark contrast to U.S. interests, although Putin argues that his goal is the same as that of America's—combatting terrorists. The horrific atrocities committed by Russian and Syrian forces led by Bashir al-Assad in Aleppo created a humanitarian disaster. These heinous acts were met by what many found to be deafening silence on the part of the Obama administration. While the President took pride in his decision to limit American intervention in the Syrian conflict, many believe this decision, and his failure to condemn or go against Russia, will be seen as a great failure of his presidency.

And then there is the hacking. A report from the CIA, FBI, and National Security Agency given to Obama on January 5th came to the conclusion that Vladimir Putin had indeed ordered agents to interfere with the American election in a way that helped Donald Trump. It appears as if Putin is borrowing from the Bolshevik example in leaking the correspondence of foreign officials, although John Podesta’s emails are likely far less historically significant than the secret treaties drawn up by European powers during World War I. However, the reaction of our president-elect to the news that a foreign country, and a historically adversarial one, has hacked into the emails of American political leaders and perhaps tampered with an election has been disturbingly underwhelming.

Trump’s calls for closer cooperation with Russia may stem from genuine foreign policy strategy and ideology. He has a penchant for supporting strongmen like Putin, and wants to reevaluate America’s alliances and international commitments. But the Republican Party, which long criticized Obama’s stance on Russia, is divided on how to address Donald Trump’s unprecedented support for its president, for further cooperation, and the surprising amount of time it took him to admit Russian meddling in the 2016 election. Some of its members, such as John McCain and Lindsey Graham, are open in their disagreement with Trump, and most Republicans remain tough on Russia. Others, however, have fallen in line with the GOP’s new leader.

Republicans have long talked tough on Russia, and time and time again went after Barack Obama for what they perceived to be utter weakness in the face of a developing geopolitical threat. And now the leader of their party is disregarding Russian cyber attacks and calling Vladimir Putin “very smart." The reliably unpredictable politics of 2016 seems to be continuing into the new year, and time will tell if Trump’s “America First” policies will somehow leave Putin’s Russia with room to grow its influence not just in Syria and Ukraine, but possibly inside own our country's domestic politics.