Dear NHL, I love you, but there are some things you need to work on. 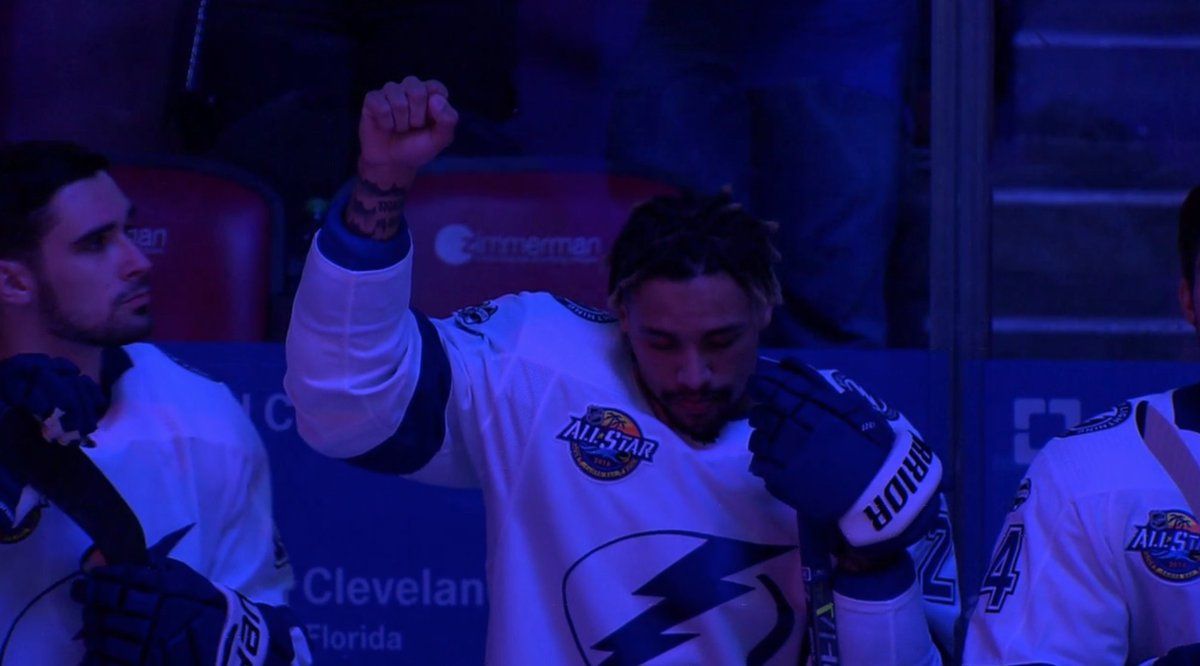 Willie O'Ree, Evander Kane, Devante Smith-Pelly, Wayne Simmonds, and P.K Subban: All of them are extremely talented men and trail-blazers in their own right. Besides being Black, what's another thing all of these amazing guys have in common? They helped me fall in love with the sport of hockey.

I remember being 4-years-old and trying to find a sport to get into. Baseball was great, football was cool, but there was something about ice hockey that enticed me more than any other sport. The ability to skate, hit, fight, move, and score on the ice created magical memories for me as a kid on the ice and in the seats. Madison Square Garden was practically my second home whenever my mom's boss offered free tickets for her and myself. The Mighty Ducks got me started, the New York Rangers taught me (and still count me as one of their biggest fans), and to this day I still drag my loved ones to games with me while I sit for the national anthem.

I love the sport of hockey. The feeling, the look, the atmosphere, the intensity. Everything. I could never tell you what exactly it was that made me fall in love with the sport, but I know I will be a fan until I can't watch anymore. It's no secret though, that the NHL's fanbase isn't home to some of the most progressive fans in the world. Ten years after Jackie Robinson broke the color barrier in baseball, Willie O'Ree did the same in hockey. Bracing the cotton balls and racial slurs hurled at him just like Robinson ten years prior, O'Ree skated onto the ice and paved the way for players and fans of my complexion to find another sport we could love so dearly.

You'd think over fifty years would make a difference, wouldn't you? You'd be sadly mistaken. Over the recent years, players like Wayne Simmonds endured having banana peels hurled at him during a shootout (one on one play) in Montreal, and Devante Smith-Pelly most recently had the word "Basketball" yelled at him, after a trip to the penalty box for fighting a Chicago Blackhawks player in Chicago. They have had to deal with these problems for nearly their whole careers.

O'Ree said in an interview that you do not have to look back to his days of playing to find prominent racism in the sport, and he was right. The racism of the NHL and its fanbase isn't just saved for its players, as fans like myself aren't spared any less. Now, as my experiences are nowhere near as serious as those on the ice, it still continues to bother me that the thought of whoever I sit next to at a game, will not share the same views, or like me based on my complexion. I humanly cannot count the number of times I've heard the N-word spewed by fellow players on PS4 or Xbox when playing NHL branded games. I cannot count the number of times I've seen a customer clutch their bag, or had to rethink about the things someone has said to me as a sales associate at the NHL Store in Manhattan. Any racist remark, or action, is unacceptable in every way.

Whether it be a fan or player, the NHL and its fanbase needs to understand that hateful comments or actions done to these people are not acceptable, even though you cannot really expect more from a sport that's been heavily populated by white men since its inception. I guess my plight is really with those in charge of the NHL. As we have a month dedicated to "Hockey Is For Everyone," it still doesn't fill the void left by the NHL for rarely ever acknowledging Black History Month, or trying to expand the game to urban areas mainly consisting of Black and Hispanic residents.

There should be no reason why J.T Brown, a winger for the Anaheim Ducks organization, received death threats after raising his fist during the national anthem before playing against the Florida Panthers when he played for the Tampa Bay Lightning. For months, I've been torn between the young activist in me and the hockey fan I've been since I was four. Columbus Blue Jackets coach, John Tortorella, stated that he would bench players who sat for the national anthem during the World Cup Games in 2016. A prime representation of white privilege, it's people like Tortorella (who is a former Rangers coach mind you) that prevent me from being fully dedicated to the sport. It's people, like the ones I encounter every game, who prevent the NHL from becoming such a beloved sport to more and more people across the U.S. because of their ignorant views.

Of the roughly 982 total NHL players who have stepped on the ice this season, only around 30 are Black. I've heard words of those within the fanbase that say hockey players are real men which is why they don't kneel during the anthem, or that the NHL needs to not put itself within political views. Those who have said that fail to remember that 1) Most NHL players are white, and 2) Opening the game for "all" people is not meddling within political views. If you do not believe that Black people, Hispanics, women, or people within the LGBTQ community do not deserve to be apart of the NHL community, then you are an asshole.

Dearest NHL, I love you, but you need to work on your image.