What Life With A Mental Disorder Is Like
Odyssey

A peek into our heads. 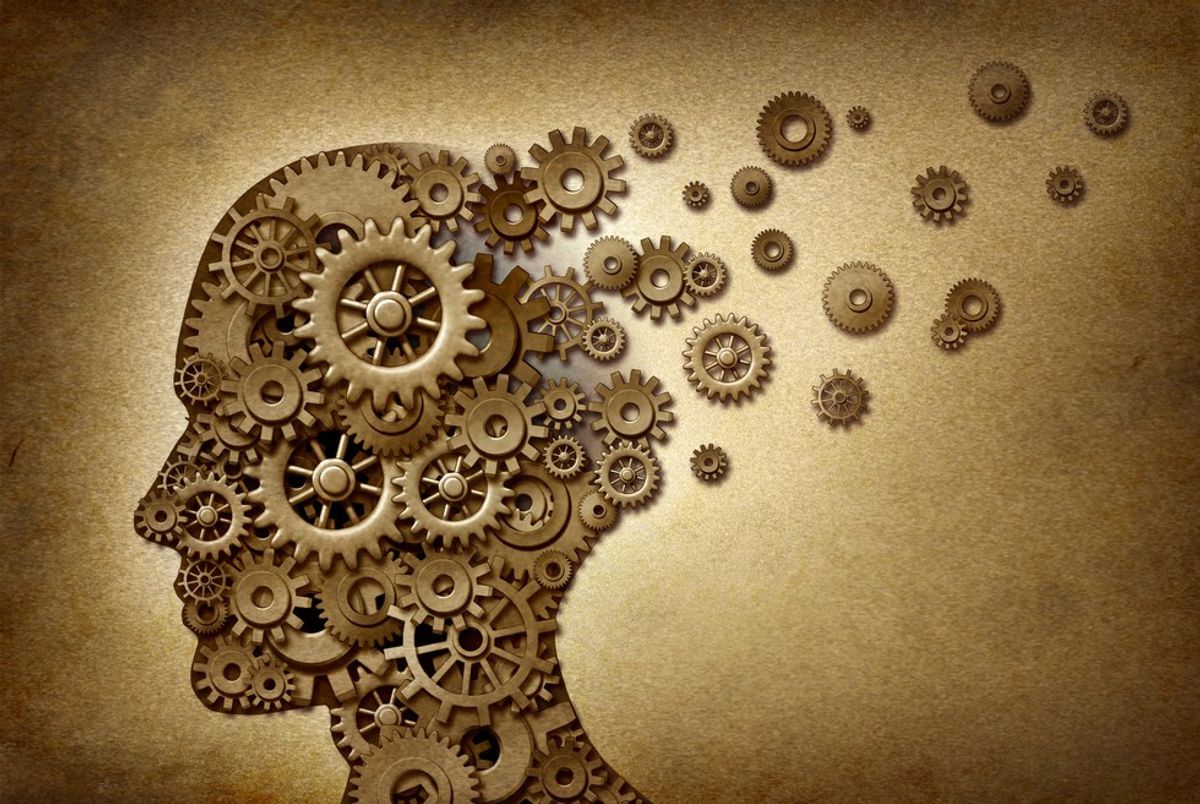 Obviously, this is a personal topic for me. I've been battling mental illness for a few months now, and I decided it was time to explore some other minds who have similar struggles. So I asked a few people I know who struggle with various disorders to give some thoughts they often have as a result of their illness. The answers they gave are very real examples of what goes through the minds of someone struggling with depression, anxiety or a similar disorder.

1. "To describe it, it makes you feel like everything in the world exists solely to push you down."

It feels like there's no winning. The weight of responsibilities and stressors and expectations becomes so much that you feel like you're going to crumble.

2. "Little mistakes feel like a much bigger problem than they really are."

Almost every little snag in your day seems to become something to beat yourself up over. You get angry with yourself over things that you normally wouldn't think about twice. The smallest errors are played on a loop in your head, telling you that every mistake you make is a reason to hate yourself.

3. " I get really anxious when people look at me and notice me."

You're constantly afraid of what people think. You look for any excuse to get out of the spotlight, because you feel that everyone will be able to see every flaw about you.

4. "Hurting people around you when you're having a bad patch because you can't fully be there for them or you just aren't yourself."

5. "Always being unsure about what I'm doing."

Constantly second guessing yourself is awful. It's hard to know if you're making the right choice, if something is affecting your thinking and you're doing something that you'll regret later.

Anxiety, fear of rejection and a belief that no one cares or understand can lead many people with disorders to just stay inside themselves. It's terrible because no one wants to be alone, but you feel like alone is the safest place for yourself and for others.

8. "I can make plans in advance, but I often end up cancelling because my anxiety is so bad. And then people think I'm flaky or don't care about them, and that's not true."

All too often, people with anxiety end up staying home because their thoughts make it so hard to go out and be social. Even with people they're comfortable with or plans they've been excited about, sometimes the anxiety is just too much.

9. "A lot of people don't think anxiety can be that bad. Or that it's a viable reason or a viable illness."

It's easy to underestimate someone's disorder if you haven't loved someone who suffers from it or haven't experienced it. There's nothing wrong with not knowing what a person is going through, but it's important to remember to try and be empathetic.

I ask this one quite frequently. You begin to magnify the parts of yourself that you don't like, and the good things about you get lost in the idea that you're somehow not worthy of love.

11. "I'm constantly afraid of being happy, because I know that when the feeling goes away, it's going to hurt again."

It's hard to let yourself be happy when you feel that a crash is inescapable. There are days when you refuse to give in to happiness because it hurts so much when it goes away.

This is one of the more universal ones that I've heard from people with mental disorders. The belief that life isn't worth living and that happiness isn't deserved often runs rampant through peoples' minds.

13. "I constantly over think and over analyze everything."

You start looking for negative things, even when they're not there. It's hard to stay optimistic, and you begin considering everything that could go wrong and all of the scenarios that would be horrible, and scaring yourself into even more of a panic.

14. "When many triggers happen and a panic begins, my brain starts into overdrive and I can't comprehend anything. It's like when five people are talking to you at once and you can't get a word in."

It's so hard to calm down from a state of panic. Your brain begins to work so quickly that it scares you, and the thoughts usually aren't pretty. The physical symptoms (heavy, labored breathing, dizziness, paranoia) don't help either.

15. "Wondering if anyone even notices."

You find yourself wondering if anyone sees what you're going through. If anyone cares enough to speak up. And even though you usually know that there are people who love you and want to help, you can start to question how much they care (even if it's unfair).

16. "I go from questioning the color of my socks to bigger things, like making myself believe things that aren't true, like people hating me."

The mind can create a lot of lies that appear to be the truth, and one of the biggest lies your mind can tell you is that the people around you think less of you because of what you deal with on a daily basis.

17. "The weirdest thing about having both depression and anxiety at the same time is that they’re basically completely opposite forces. On the one hand, the depression causes me to become lethargic, while anxiety, on the other hand, causes increased adrenaline and kicks my brain into overdrive."

You go through these insane highs and lows in such a short expanse of time. Basically, the craziest emotional roller coaster of your life.

18. "I tend to deal with the lethargic, unmotivated, tired version. It can be as mild as feeling drowsy during the day (even with a full night’s sleep) or severe enough to cause me to stay in bed all day and actually call in sick to school/work because I just can’t drag myself out of bed."

The smallest activities can be so excruciatingly hard. Getting out of bed feels like working out at the gym for two hours. Going to work feels like pulling all-nighters for days at a time. And it's miserable to be so exhausted by something that should be easy.

19. "My anxiety leaves me paralyzed. The idea of anything foreign, like going on a date or going to a new place, makes my body feel physically sick. You have to live life inside this safe little bubble so that you don't shatter."

This accompanies the earlier anxiety statement about cancelling plans. It's really hard to get out and stay social when the smallest things can set you off so much that you can't function. It's frustrating beyond belief.

This is the one that I personally relate to more than any of the others. You wonder what caused this, why you were the one that ended up with it. You question if you should have handled something in another way, done something differently.

These aren't accurate for everyone, but I thought they painted a pretty good picture of what it's like to have a mental disorder. Thanks to everyone who helped me out by contributing to this article!