What Led Me To Become A Writer (For Odyssey)
Odyssey

What Led Me To Become A Writer (For Odyssey)

I wanted to show the world that the are not the ones facing the same struggle or struggles at all. 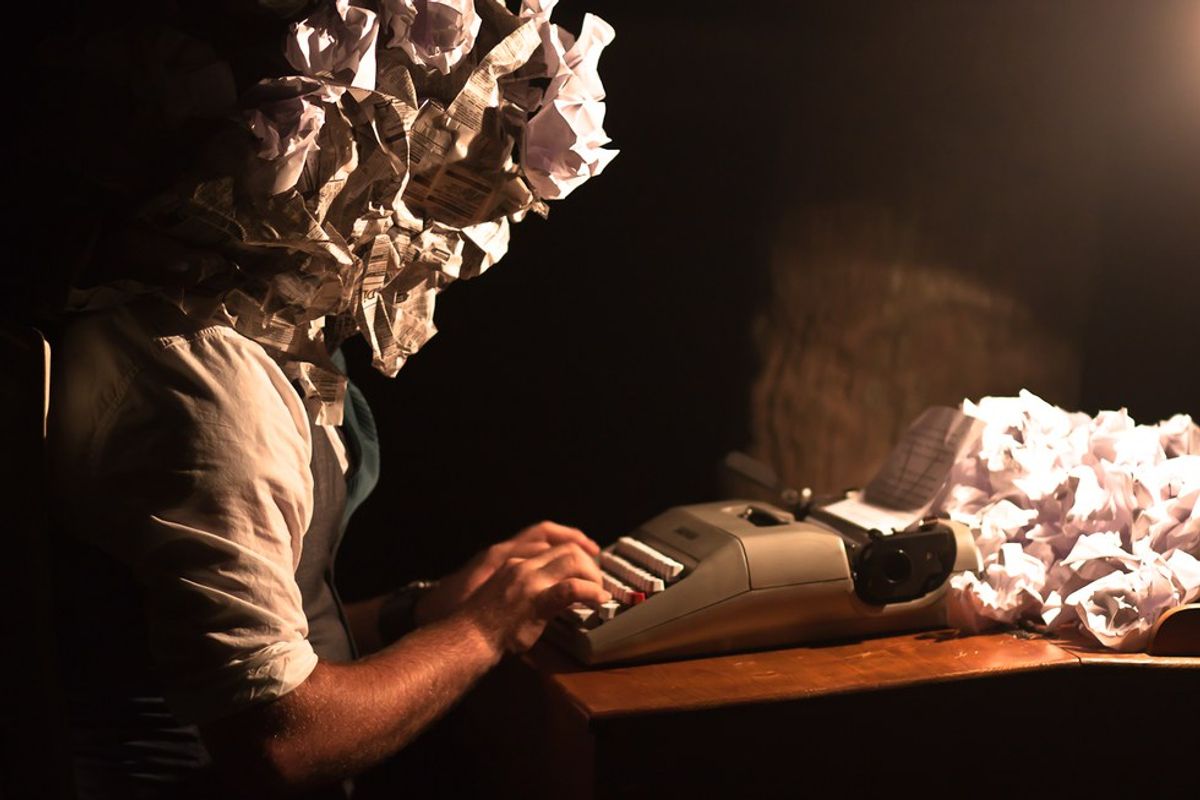 Writing has become a significant part of my life where I've begun to do some self-discovery, healing, and gain appreciation for the ability to share my experiences.

It all began in 7th grade after my first break up with my ex-boyfriend. It was a way to let out all my sadness out, and it was effective! So I kept writing about my experiences and how I felt every day. I continued to do that for the next 6-7 months until I got tired writing about him.

I called my best friend and we took all those pages from my journal and burned every single trace of it. I wanted to forget about him and the sad journals I wrote about him. As soon as I got rid of it, I felt like this huge weight was lifted off my shoulders. It was amazing!

After that, I took a break from writing because I wanted to work on myself and begin healing.

A couple months later I got better, but I still wasn't writing.

I was scared to write again because I didn't want to waste my time writing about a dumb boy who broke my heart again.

The end of my freshmen year was when I started again, but this time I wrote about life in general. I wrote about some of the experiences I was going through, like the separation of my parents. It was a hard time for me, and even writing about it was hard for me because I would start crying.

It was too painful so I stopped.

Junior year my aunt passed away. At the time I was taking AP English Language, and one of free writing topics was "strength", so I wrote a 7+ paper on my aunt. She became such an inspiration for me that as I was writing I felt like I could write a novel.

At that moment I realized that I love writing about things I passionate about, give me strength, give me purpose and give me life. All of my experiences are its own little story.

I got into writing quotes that I found motivation, and put each of them on a sticky note and hung it up on my wall (inspired by Being Mary Jane).

Evidently, I started writing my own quotes that were significant to me. Whether it was sports, friends, family, or school, I wrote about it.

Then one day, I called my mom and I asked her if she could buy me a blue journal (favorite color) and some fine point sharpies. That journal became my book for quotes, exclusively for my work.

I had so many quotes floating around in my head, and I just need to write them down. Hours pass by and I'm still writing quotes. I wrote over 100 quotes in less than two days. I even made it a goal to do 50 quotes each day (didn't work out that much) because I was just coming up with these quotes so naturally.

It was a tough time for me because over the summer I was having a hard time moving on from the same ex, who I remained good friends with after our break up months later. Yes, exes can still remain good friends, but that was probably the worst decision I ever made because feelings will always be involved no matter how many times you try to hide or deny it.

But for some reason, I started having these doubts about him. I felt like I was wasting my time, and I didn't know how to express that to him. So it took a few days of overthinking to realize that I had to make a difficult decision. That difficult decision soon led me to stop talking to him and move on.

I started to look at my collection of quotes, and randomly decided that I wanted to publish them. So I reached out to a couple sites where one could publish quotes and I submitted two of my favorite quotes. I was excited to hear back and would constantly check my email. Weeks passed by and I didn't hear back.

I felt a bit overwhelmed because I wanted to share my quotes with the world.

The only thing I could think about was how amazing this opportunity was for me because for the past two years, I've always wanted to publish my work and to join this community with other wonderful writers.

A few days to a week later, I heard back from the Assistant Managing Editor and Editor-in-Chief. We talked about why I wanted to write for Odyssey, what I could write about, and some of my goals.

I couldn't contain my emotions because this was the best thing that has happened to me all summer (it was a very boring one), so to hear that I was hired to be a writer for Odyssey was just the best news anyone who loves writing as much as I do, would love to hear.

So what can my writing do?

For years, I wrote and wrote. I stopped and I continued. I got better each time I took a break. I had more to write about because I was growing stronger. That strength gave me the courage to write about deep things that I kept inside for so long. And each time my stories were more heartfelt and meaningful.

It became a way to show my scars instead of hiding them. My experiences tell my stories and my stories remind me of how I am.

I wanted to transform that into something that was relatable to others. That spoke its deep truths, without filters. It felt good to be free and just write whatever I had on my mind. It was like a cleansing. And now I embrace it because it has shaped who've become and it has helped me become the person I am today.

Writing to me is a gift. I have the ability to connect with others who are constantly battling the same challenges I face every day. My personal anecdotes reach out to the hearts of others, and it has the power to move, wake, and make changes.

There are many people in this world who would die to have a voice, whether it's a say in the government, stand up to their friends, or even just speak their mind without getting shit for it. So it's my job as a writer to be that voice for people who feel voiceless. To connect with my audience in ways that they couldn't imagine. To sympathize with their happiness or pain. To gain an understanding of the struggles they face, as well as putting them in perspective.

It is truly an honor to write and advocate for others who may feel voiceless, but if we continue to write, share stories and tell our experiences, we can help be that voice for that person out there.

And that is why I became a writer and what ultimately led me to became a writer for Odyssey. I spent too long hiding behind my journals, so I decided it was time for me to make an appearance, and to make changes.