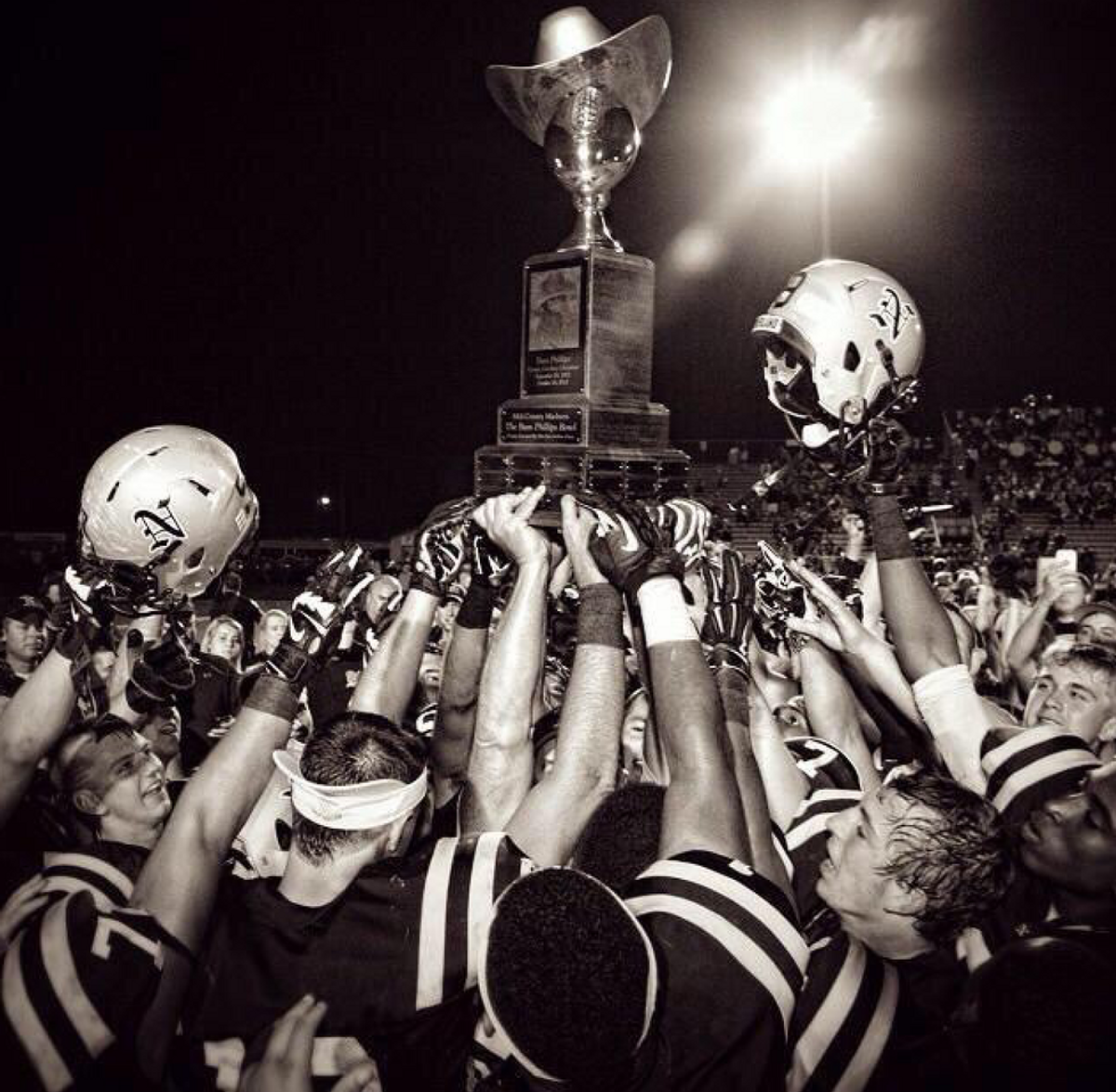 Since 1925, the Nederland Bulldogs and Port Neches-Groves (PNG) Indians football teams have come together once a year to battle it out under the Friday night lights. This game, formerly know as "Mid-County Madness" (MCM), was recently renamed "The Bum Phillips Bowl" in honor of former NFL coach, Oail Andrew "Bum" Phillips. Phillips was a coach for both Nederland and Port Neches during his early coaching days. The game was renamed after Bum died during the second quarter of the 90th annual game in 2013.

Though most might say "it's just a high school football game", those are usually the people who have never experienced the hype that is MCM. Nederland and PNG celebrate this game with various activities throughout the week. Referred to as "Spirit Week", students from each school plan different themed days where they dress up. Though the themes vary throughout the years, a few that will always stick are "PNG/ Nederland Nerd Day" and "Extreme Black and Gold/Purple and White Day".

Besides the dress-up days, the schools plan different ways to pump the students up for the game. When I was a senior at Nederland, our student council created an event called "Bark After Dark". This event is similar to "Midnight Yell" in College Station. Students were chosen to be yell leaders and teach our student body chants to perform at the game. There was also a skit that was performed to make fun of PNG. PNG participated in similar activities as well. Both schools "vandalize" each other's towns by scattering dog bones and purple feathers near the train tracks that separate them. Though this week is always full of funny banter and jokes about the other school, all students are friends again within the next week.

All of these events and activities are only a pregame of what actually takes place on gameday. Friday being "Extreme Black and Gold/Purple and White Day", students spare no expense. Face and body paint, glitter and streamers fill the hallways. Insane amounts of both schools colors fill the respective gyms as the students file in for the AM pep rally that usually takes place. There honestly is no way to describe how it feels to walk into a gym that is exploding with school spirit. Whether you're in the student section every Friday or you haven't been to a game all season, whenever MCM rolls around you're bursting with love for your school and your town.

Fans from each town begin filling the stadium up as soon as school lets out. This is the game of the year so natives near and far look forward to attending. Members of each community actually camp out for tickets at the beginning of the school year. The student sections for Nederland and PNG face each other across the field. With only yards between them, it's hard to not feel the tension between them. The sections are filled to the top with spirit, hope and excitement.

The entire stadium awaits as the boys finally jog out onto the field to fight for the coveted "Bum Phillips Bowl Trophy". The trophy was added to the annual game after it was renamed in 2014. The trophy stands tall with a cowboy hat resting on a football in honor of Bum, who was rarely seen without a cowboy hat.The pedestal of the trophy includes tiny plaques to display the name of the winning team and what year the win took place. The trophy is presented to the winning team and will remain in their school until the game the following year.

I remember the game from my senior year the most vividly due to the massive amount of school spirit my student council was able to achieve. With "Bark After Dark", the fight song being played in between classes, people coming into lunches to yell our chants and the morning pep rally, our student section was overflowing with spirit by the time the game rolled around. We had glitter, streamers and even a smoke machine. Our drumline had learned a new spirit chant at the beginning of the season, but when we did it at this game it was by far the best. After the chant, streamers went flying, people were jumping and the spirit was soaring throughout the entire stadium. That year, Nederland won for the fifth consecutive year which meant that the seniors had won all four years of high school. The moment that we realized we had won, it was wild. Everyone jumped the fence, ran down onto the field and celebrated as our school song was played in the background. That night, the lyrics of the song rang deep in our minds and our hearts.

"Ever faithful, ever true as we sing our song of you. Black and Gold, we're all true blue. All hail to Nederland."

So for natives of Nederland and Port Neches-Groves, Mid-County Madness will never just be a football game. It's a time, win or lose, when each school comes together with its community and celebrates all that it stands for. It's a time when people who graduated years or decades ago come back home to revel in the spirit with their small town. It's a time when regardless of who you are, in school or in the community, you join together with the town across the train tracks to experience the best rivalry in the state of Texas.

Kassie Hsu
Baylor University
4892
Panda Whale
Here are 100 things I'd rather to than study. I know the semester just started, but