What Is Plus Size?
Odyssey

What Is Plus Size?

The spectrum is very broad. 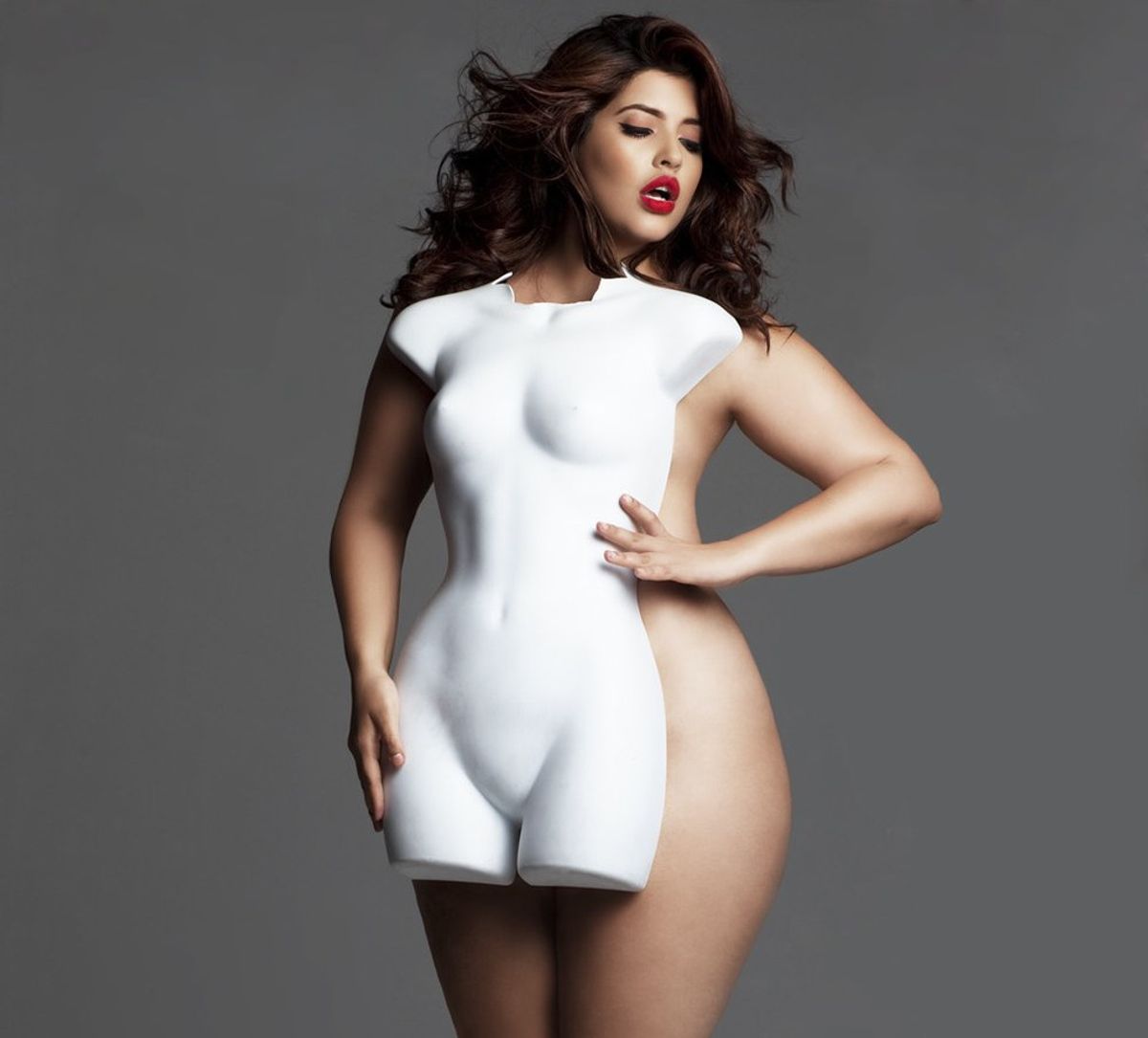 There has been much discussion lately on the topic of plus sized models and what exactly that entails. Beautiful women like Ashely Graham and Myla Delbesio have been called "plus size," and it has sparked quite the debate over how much range this title encompasses.

Your average Victoria's Secret model is roughly 6 feet tall, with a long torso and legs for days. Usually they weigh in at an average of 120 pounds. While they definitely carry a model body (model as in an example to follow or imitate), they are also built with a certain frame.

It is nearly impossible to look like Behati Prinsloo when you were born short and curvy. It's just not in the cards for you. But that does not mean you don't have a gorgeous body in your own right and that you can't serve as a model for similar body types.

To hear this body was referred to as "plus size" is more than appalling. Myla looks lean, healthy and subtly sexy. There is not an inch of fat visible here.

Nor here. Yet somehow she makes the list. We should all be floored and dissapointed by this, seeing as a greater portion of people are striving to attain a body like hers. This is an exemplary body, and it is an achievable goal.

Ashley Graham was seen gracing the cover of Sports Illustrated magazine, donning a not-so-ideal bikini body. Being thicker, Ashley at least comes off as solid and can be an inspiration for girls who are bigger boned. This image empowered many women and promoted the concept of "self love." Ashley proves that while we are not all built like VS Angels, we can still carry bodies we are proud of.

Tess Holliday, is also considered a plus size model.

While a part of me is compelled to respect her confidence, another part of me is perplexed. We should all respect our bodies enough to make fitness a priority and keep our overall health in mind, especially if your body is your work.

Obesity should never be glamorized. This sends a terrible message of complacency and she should in no way be placed in the same category as the women above.

The Dove "Real Beauty" campaign and the #aeriereal movement are all about embracing the body you were born with. They work to combat the overuse of airbrushing and the unfair set of standards set by media and society. These are campaigns we can get behind. They hold messages that allign with reality and set a precedent we can all reasonably follow.

Many celebrities, even ones who do not identify as models, have been scrutinized for their weight. Comedian Amy Schumer was placed in a "special edition" plus size issue of Glamour magazine for being a size 6/8. Schumer responded by saying "We don't need these labels", noting that a size 16 is considered pus size in America and that calling her such sends a bad message to young girls.

The term "plus size" has been so loosely thrown around that its hard to decipher. This term has caused a lot of harm, but it is clearly a sham. We should all look to be more critical, seeing as the scope is far too broad to hold any true meaning. Don't let a title or a label fool you, and don't let it alter the way you see yourself or others. We are all perfectly imperfect, and we should fully embrace that.