I didn't think it would make a difference, but boy was I wrong. 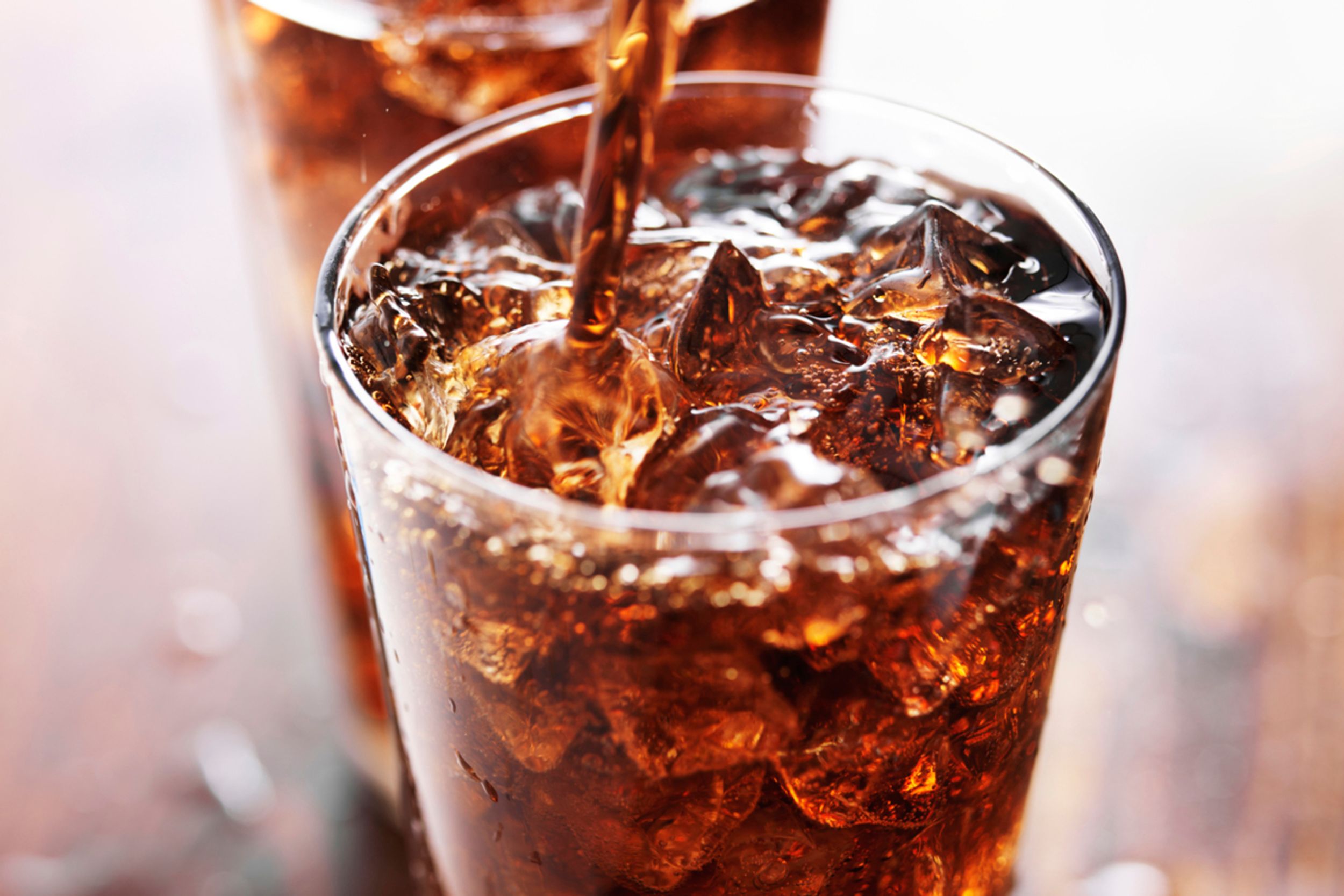 For years I have had a serious Dr. Pepper addiction. Not a can-a-day type addiction, but I'm talking two or three Route-44-cups-from-Sonic type addiction. I know soda is bad for you, especially dark soda. That's a given. But I just couldn't shake the sweet, syrupy goodness and fizzy bubbles as a go-to drink. For those of you who have a soda addiction and are debating trying to give it up, DO IT. You don't have to change your diet just because of a certain day like New Year's, start your resolution TODAY. The first step is determination. I quit drinking soda in December of 2016, which in all honesty is not that long ago, but I have had significant changes that I wanted to share with you in order to help motivate you.

This sounds so cliche, and almost irrelevant that happiness could be linked to caffeine intake. While I enjoyed drinking soda, after several hours or by the end of the day I just felt depleted. This feeling has since then, gone away and the only depletion I feel is because I spread myself too thin.

2. The dark circles under my eyes have disappeared.

I used to not be able to fall asleep until anywhere from 11 p.m. to 2 a.m. and sometimes even later than that. Even if I didn't have a soda after dinner, I would still have a hard time falling asleep. Did you know that caffeine can stay in your system for up to TEN HOURS?! That's definitely something I wasn't aware of. So it makes sense to say I started getting more sleep after I cut my serious caffeine intake down.

4. I stopped breaking out.

Ah, the dreaded acne. Nobody wants to deal with it. So why not help cut down that annoyance? While there are many causes of acne, soda was a main source for mine. Once I quit drinking soda, I noticed a SIGNIFICANT decrease in my acne. My skin was not only clearer but also had a more even skin tone. I'll take it.

5. I stopped getting headaches.

I used to battle headaches all the time, and whenever I did I would usually reach for a Dr. Pepper. I didn't know that I was feeding my addiction and actually making it worse. Not only does this make me feel better, but I'm not as irritated all the time.

I promise you, the craving eventually goes away. Now, I still crave coffee or sweet tea, so the caffeine addiction is still there and something that I'm working on... but when I go to a restaurant I don't think about what soda I want. I get a Powerade or tea, or even just water. There are alternatives, people!!!

Drinking water as an alternative has blessed me more than it has annoyed me. I haven't struggled with dehydration anymore, nor have I felt a lack of energy. Decreasing my caffeine intake and increasing my H2O intake has actually increased my productivity and energy.

Hello, this could be probably the most important benefit on this list! As a broke college student, you would not believe the wonders that ordering water instead of soda can do for your pocket book, (does anyone still say pocketbook anymore?). This gives you tons of extra cash to spend on that extra burrito or five from Taco Bueno. Talk about a great benefit!

9. I tried one sip of soda, and my stomach immediately rejected it.

Not only do you mentally quit craving soda after you've given it up, your body actually quits craving it as well. This is a good thing! I tried one sip of an orange soda, not even a dark soda and my body said "nope" within the first fifteen minutes! This only just reinforced my decision to give up soda.

I know giving up soda is hard. But if you really set your mind to it, it's so easy! Substitute for flavored water or Powerade and if you're like me and really want caffeine, then get an iced coffee or sweet tea! I promise you can do it. Trust me. I went from drinking about 3 sodas a day for over a year to none. Now I know I'm only on my fourth month but let me tell ya, I will not be going back!

Caitlyn Morral
St Bonaventure University
3199
Wordpress
Odyssey recognizes that mental well-being is a huge component of physical wellness. Our mission this month is to bring about awareness & normality to conversations around mental health from our community. Let's recognize the common symptoms and encourage the help needed without judgement or prejudice. Life's a tough journey, we are here for you and want to hear from you.