Can anybody just win? 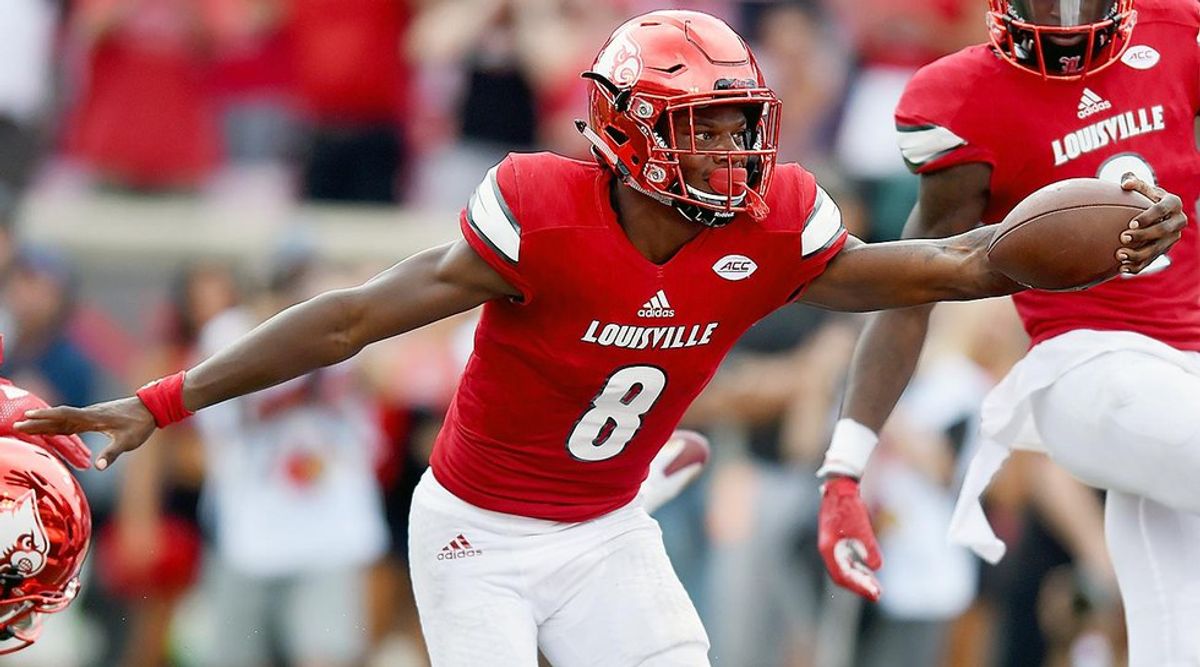 To be honest, I don't even know why we do power rankings each week. I say this every week, but this week, I mean it. How in the hell do three of the top four teams lose? To top it all off, Auburn, the ninth team in country, lost as well. At the end of Saturday night, 40% of the top ten lost. At this point, we might as well just wait until conference championship week and try this again, but here we are. Here are this week's power rankings.

If we're going to be completely honest, I forgot that Alabama even played this week until I sat down to complete these power rankings. You know why that is? The Crimson Tide actually took care of business. After dropping a fifty piece on the Mississippi State Bulldogs, the Crimson Tide have a prime time, deathmatch showdown against Chattanooga. Yes, that was intended to be sarcastic.

After abusing the Maryland Terrapins for four quarters on Saturday, the Buckeyes look to enact some sort of revenge on the struggling Michigan State Spartans for last year's loss on a last second field goal. If the Buckeyes can win out, they are still on track to be in the top four for the year's playoff.

Hated to see them go, but I am so happy they are back. If you've been following The Odyssey Black Voices College Football Power Rankings, you know how much I love Lamar Jackson and the Cardinals. Finally, Clemson's continued habit of playing down to competition caught up with them this week when they fell to Pittsburgh. You can make the argument that Clemson deserves to be here because they did beat Louisville head to head, but I would argue that that game could've easily gone the other way and Clemson was at home. Most importantly, Louisville fell in a late fourth quarter loss to a top five team with a Heisman winning quarterback. Clemson lost to Pittsburgh. In my opinion, Louisville is the better team and they will prove that down the stretch.

The Huskies stumbled this week and loss to USC. Of the four top ten teams to lose, this was probably the most reasonable. While I know the College Football Playoff Committee doesn't feel the same, Washington is the most impressive of the teams to fall this week. I look for them to bounce back this week at home against Arizona State.

Kassie Hsu
Baylor University
2521
Panda Whale
Here are 100 things I'd rather to than study. I know the semester just started, but
Featured