Not in attendance for the hurricane game on Saturday? Here is a recap of the biggest plays! 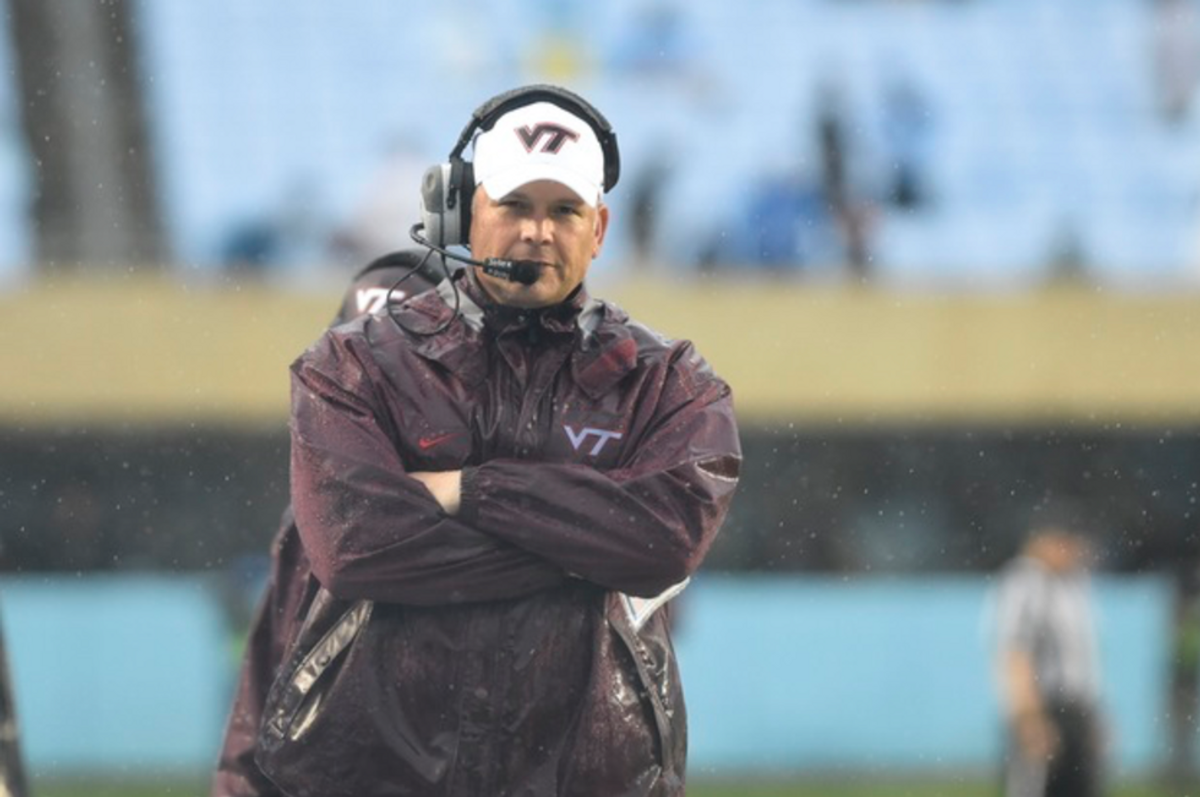 Hurricane Matthew was present with gusty winds and down-pouring rain on Saturday's game at Chapel Hill where Virginia Tech and North Carolina faced off in what would be a slippery mess. Virginia Tech soared ahead 34-3 even with the struggle of four bad snaps. Overall though, Hokies' defense performed thorough execution with the aid of four Tarheels' turnovers. Below is a recap of the major plays in every quarter.

1. Junior defensive back Greg Stroman made an impressive interception early in the first quarter. Stepping far forward on his left foot to catch the underthrown ball and falling hard on the ground exemplified his executing talent of securing the ball. It was a close call because the ball slipped out right after he made contact with the ground. The drive resulted in Virginia Tech’s first points of a 35-yard field goal by junior kicker Joey Slye. 3-0 VT.

2. On the Hokies’ consecutive drive, junior cornerback Brandon Facyson stripped the ball from North Carolina’s quarterback Mitch Trubisky. The fumble – after bouncing around on the slippery field – was recovered by junior rover Terrell Edmunds who finally got a grip on the ball. The drive also resulted in a 28-yard field goal by Slye. 6-0 VT.

3. Two bad snaps were made, one because junior quarterback Jérod Evans was not ready and the other because of weather implications. Luckily, Virginia Tech recovered the ball both times.

4. Stroman punted two quick kicks, both of which were surprisingly successful.

1. Early in the second quarter, the Hokies had a bad snap that slipped out of the hands of Evans and into North Carolina’s. The drive resulted in a Tarheels’ field goal – the only three points they scored for the entire game. 6-3 VT.

2. Evans threw deep to junior tight end Bucky Hodges in what was almost a touchdown. He fell out of bounds one yard before the goal line in the right corner of the end zone. However, on the following play redshirt freshman tight end Chris Cunningham scored the first touchdown of the game. 13-3 VT.

2. The Tarheels’ dropped a bobbly punt at the four yard-line. This would be the fifth time in the game that Virginia Tech started a drive in North Carolina’s territory. The series finished with Evans’ stumbling touchdown run, led by Rogers, darting through the herd of players. 27-3 VT.

3. Junior punter Mitchell Ludwig missed the over-snapped ball for a punt and scrambled to pick it up. He was still able to kick a 14-yard punt to the Tarheels’ 39. This was an impressive play and surprising recovery.

1. Trubisky passed basically right into the hands of junior linebacker Andrew Motuapuaka down the center of the field, which was the fourth North Carolina turnover. Next, sophomore running back Travon McMillian closed the game with a four-yard rush into the end zone. 34-3 VT.

Caitlin Marie Grimes
University of South Florida
11854
Beyond The States