These Measles Outbreaks Show Why Vaccine Are Good.

Vaccines Are Beneficial And These Recent Measle Outbreaks Prove It

Vaccinations not only protect yourself, they protect the country. 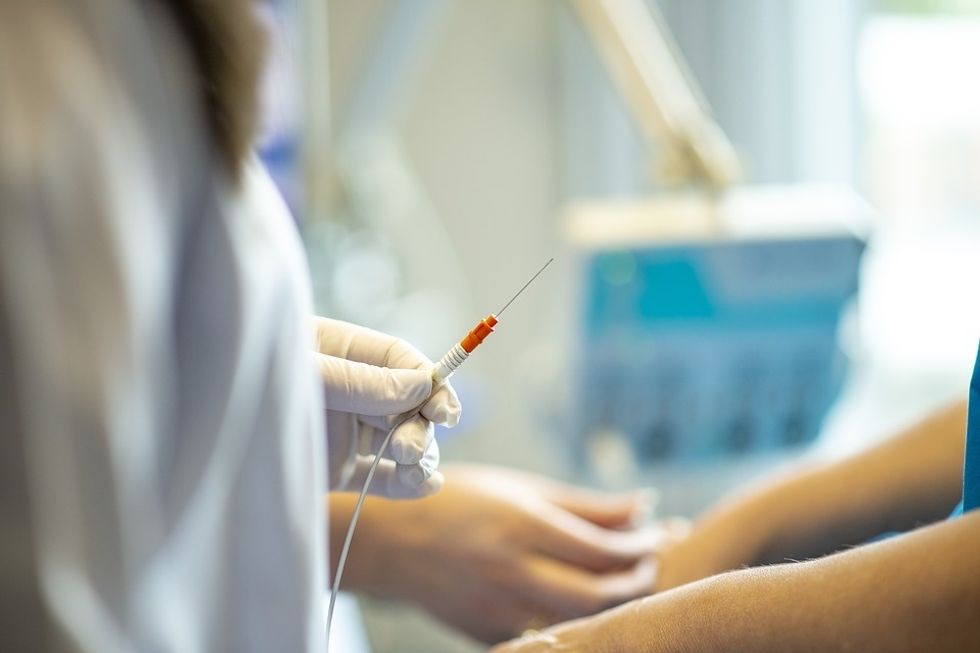 To our surprise, measles—a disease that we thought was largely eliminated—is back on the rise, and rather quickly too. According to U.S. health officials, there are currently 704 total reported cases of measles in 22 states this year. This is the highest number of reported cases since 1994, which was 958 cases in 39 states. This number is also the most cases in a year since the disease was announced as eliminated in 2000.

According to the Center for Disease Control (CDC), during the week of April 26th, 33 more cases of measles have been reported, all of them coming from New York and California. In fact, much of the cases have been from those two states, with the outbreaks mainly centered in New York.

In California, Quarantines were put on UCLA and Cal State. People were told to stay at home, so they don't contract the harmful disease.

The Health and Human Services Secretary, Alex Azar, issued a statement saying, "The United States is seeing a resurgence of measles, a disease that had once been effectively eliminated from our country,"

This is a very alarming occurrence and should make us wary of the places we go and the things we do. Hearing stories of new or old diseases coming to America are always unsettling. The news of Zika and Ebola cases in our country were very nerve-wracking. If you are vaccinated, however, you do not need to be too worried about getting measles.

So why are measles coming back to the United States? One recent story of measles may contain the answer. A family in California noticed something odd about their new baby son. Walter Blum, who is five months old, spiked a fever of 102.5. This high fever was accompanied with a rash covering his whole body. The baby's mother, Sara Blum, said, "It was all over his face. All over the back of his neck." The baby had contracted measles.

Babies at that age cannot be vaccinated for measles, so one of the ways to avoid the disease is depending on the community to be vaccinated. But of course, that wasn't the case for Walter. His mother justifiably noted that "it's really sad, but our community kind of failed us." She isn't wrong. All babies depend on the people around to be vaccinated so they don't contract a disease that could be permanently damaging.

So is the reason for the 13 measle outbreaks this year lack of vaccination? Well, according to the CDC, the answer is yes. One of the causes for a measles outbreak, the CDC contends, is "communities with pockets" of unvaccinated people. Given that measles is highly contagious and transmitted through the air, it spreads like wildfire in these communities.

These outbreaks are why it is the safe and smart thing to get vaccinated. Not only will it ensure that you will remain well, but it will also ensure that everyone else will be guarded against sickness. The more people vaccinated, the more likely there will be a pool of wellness shielding infants who aren't old enough to be vaccinated yet.

This is the reason why anti-vaccination can be harmful. Anti-vaxxers argue that vaccines are at fault for giving children autism. However, the CDC disagrees. Through the studies they have done, they argue there has been no established research connecting a link between vaccines and autism. Not giving children vaccines could do them more harm than good.

On the other hand, there are people who cannot receive vaccines because they are allergic to them. This is a legitimate reason to refuse vaccination. Why would you get something that causes an adverse allergic reaction? Consequently, the fact that some people are allergic to vaccines should give us more motivation and justification for those of us who aren't allergic to get vaccinated. Therefore, there will be a pool of wellness that safeguards the people who are physically unable to be vaccinated.

As these measle outbreaks illustrate, one of the most beneficial actions to take is vaccination. Not only does it protect yourself, but it also protects the people around you and, ultimately, the country. If we participate in vaccinations, we can prevent future outbreaks.