What Your Favorite USC Library Says About You

What Your Favorite USC Library Says About You 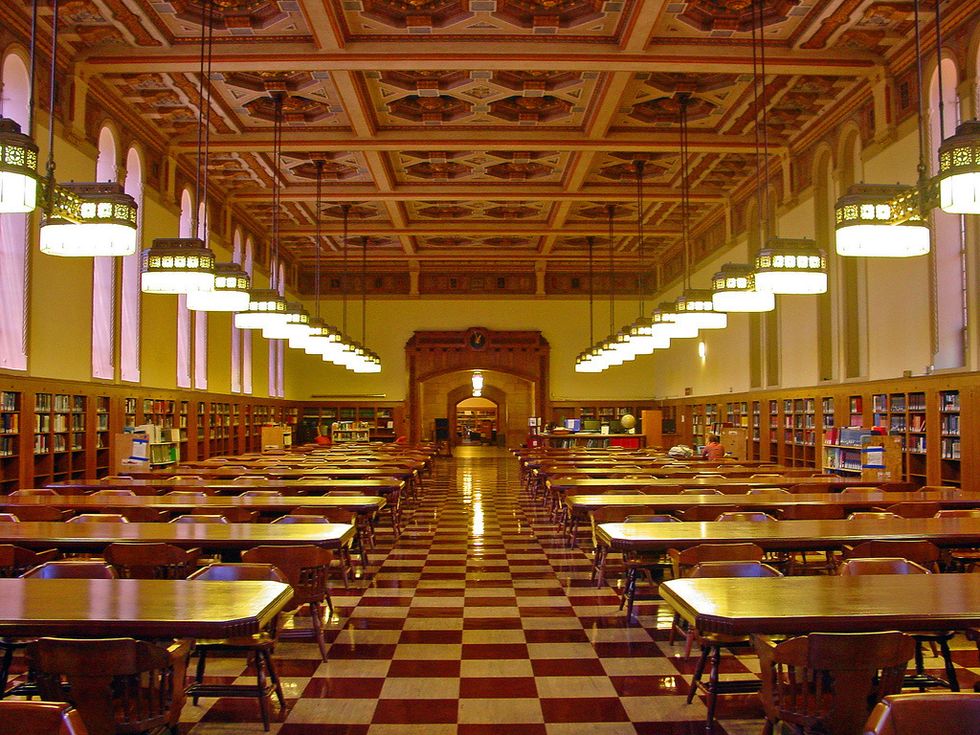 Whether we'd like to believe it or not, the new school year is nearly upon us. Though the start of the school year will bring with it friends, involvement, and positive learning experiences, it will also bring deadlines and assignments, which, hopefully, won't all fall on the same dates. Let's face it--in no time at all, the peaceful sunsets of summer will turn into a few long, busy nights in the library. So, without further ado, let's see what your favorite USC library says about you:

1. Doheny Memorial Library: "The classy one"

People may call you pretentious, but you're truly just a fancy, cultured person by nature. You're the kind of person who enjoys listening to opera and drinking wine in the bathtub to unwind after a long day. You have impeccable taste in literature, and you often immerse yourself in historical documentaries. You dress like a businessperson to go to class even if your major isn't business. You don't use social media because it's too superficial. You strongly identify with Jordan Schlansky from Conan.

When you have an eight page paper to write for a class, you'll strategically put it off until the night before so that you can just "crank it out." You're going to defy the limits of human caffeine consumption in the process and spend at least 25% of the little time you have procrastinating on social media or Netflix. You're the kind of person who went skydiving on your 18th birthday, pulls off Ferris Bueller-level heists to get out of class, and successfully wings all of your interviews.

You're a dark, mysterious genius who can only work with complete silence. When you study, you require an entire table of work space for your laptop, 3 textbooks, 5 notebooks, planner, 2 Starbucks drinks, and water bottle. You will remain in your seat for hours and people wonder if you are capable of primal human functions. In your spare time, you can be found people watching, hacking computers for pleasure, and discreetly getting the highest grade in your 300 person lecture class.

4. Hoose Library of Philosophy: “The hipster”

You're not a philosophy major, but judging by your twitter feed, contemplating the purpose of life is something you do often, along with posting artsy selfies and pictures of street art and expensive coffee. You ride a unicycle to class and your dorm room is adorned with polaroid pictures of birds, decorative records, and minimalistic Wes Anderson posters.

You study in the Law Library as an undergrad student because you prefer the refined, mature vibes of graduate students. You spent your youth winning the Scripps National Spelling Bee and your local science fair multiple times. You're a straight A student who hardly shows up to class. You're the president of five clubs. You've held many of these club meetings on the roof of SGM without being caught. When you visited the job fair, each company you talked to offered you an interview on the spot.

6. Science and Engineering Library: “The sleepless”

You got into MIT but chose to come to USC because you have a strong "west coast best coast" philosophy. Between partying and taking some of the most rigorous science and math classes on campus, you're "literally so exhausted." People tell you that your hard work will pay off when you're looking for jobs, and though you know they're right, you wonder if it's worth the countless all nighters and days without showering.

At any given time, you have the most creative solution to a problem. You sometimes sport a beret, openly talk about your emotions, and own a plethora of autographed Star Wars merchandise. You have strong opinions about whether or not The Shape of Water deserved Best Picture and own a t-shirt that says "Written and directed by Quentin Tarantino." You have a car on campus just for your camera equipment.

Classical music student by day, rockstar by night. You have thousands of Insta-fans and probably play in a band at house parties on the weekends. You can typically be spotted wearing a denim jacket covered in patches, nonchalantly impressing your classmates with your new mixtape, and talking about how vinyl is "soooo much better than digital." You have tattoos in places that would shock people.

You make formal appointments to browse Special Collections. You plan everything far in advance. You demonstrate outstanding dedication every time you visit this place because you just need that rare copy, or you simply won't do without looking at genuine historical documents during your research. During group projects, you're the one doing all the work (sigh). You swear by the Passion Planner. Your professors trust you with their lives.

Where are you, Gerontology students? Where?

Have a great year of studying, everyone. Fight on!

From Your Site Articles
usc libraries
Report this Content
This article has not been reviewed by Odyssey HQ and solely reflects the ideas and opinions of the creator.