They may not be what you think... 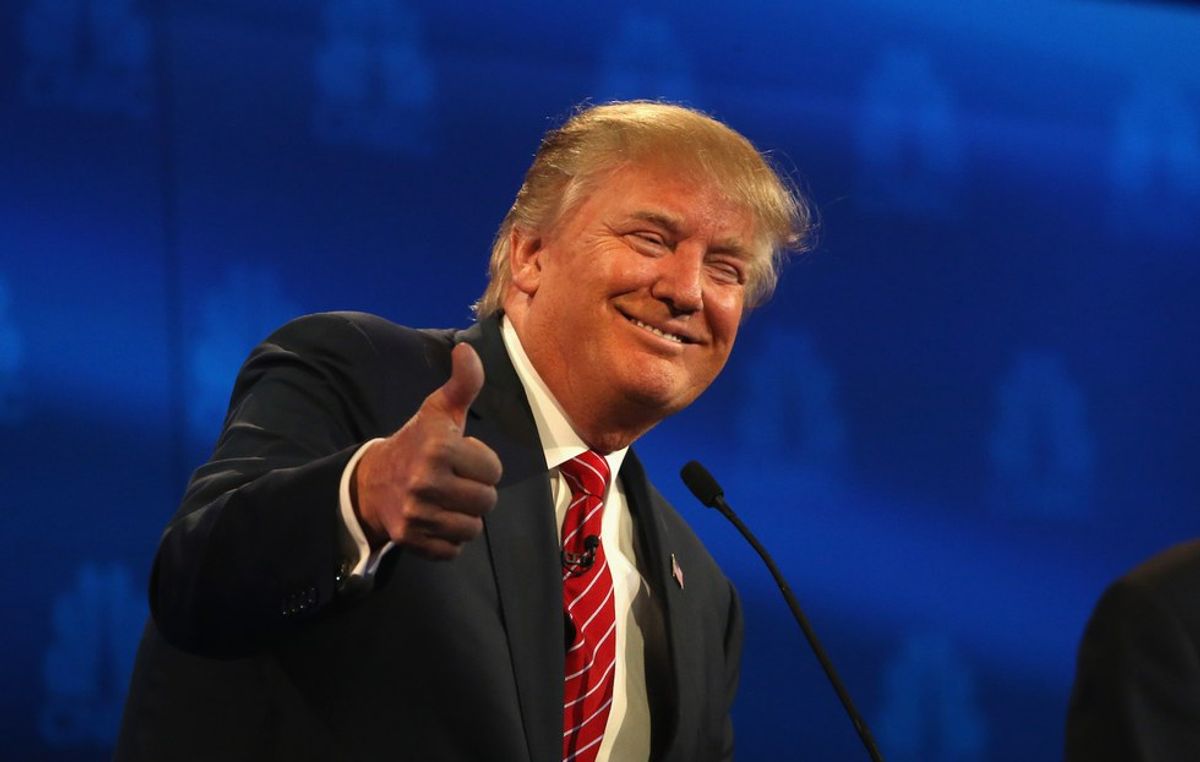 So, despite all my distaste and distrust for the current presidential administration, there are two distinct reasons that I can be thankful for Trump's seat in the oval office. This may strike some people as odd, if you know me, but just wait... they're good ones.

First off, the Trump administration has given rise to some of the best political comedy that I have ever witnessed. To hear a more professional opinion on the matter, several large news sources have written articles in agreement. He's comedy gold, and it makes for some very entertaining late nights or dives into the depths of YouTube.

Kate McKinnon and the SNL cast are pushing out some of the greatest skits the show has seen in a while, and the feature of Melissa McCarthy as Sean Spicer makes me see her still even when he's actually behind the podium. Trevor Noah and John Oliver have become some of my favorite people to listen to, and you can clearly tell by the suggested videos when I open YouTube.

The Donald is just so easy to make fun of, as is the rest of his administration and all the problems they start. Were Hillary in the office, doing what should be done, I feel as though comedy shows like SNL would fall back into their pre-election slumps.

The Donald is just so great. Every word from his mouth can be taken and made into a punchline, a meme, a sketch. Even just watching him give a speech could be considered political comedy, no lie. As long as he is in the white house, comedy will thrive, bottom line. In fact, that's likely how I'll remember at least the adolescence of his presidency: fuel for Lorne Michaels and friends.

When I eat breakfast in the morning, I am reading article on my news app from CNN, Times, you name it. At the gym, if the news is on the TV in front of my treadmill, I gladly follow along with the captions. At home, my parents start and end every day with the news, and I sat along with them.

I pride myself now on being a more informed citizen, and I can thank Trump for that. Because of how worried I am that our country is slowly dying in his hands, I like to be certain I stay up to date with the mayhem.

I'm glad that I know when important hearings are taking place, because even if I can't sit down to watch them, I'll remember to look up the details later. Prior to the Trump presidency, I couldn't care less about politics. But now, having someone in the White House who I feel threatened by, and who many feel exponentially more threatened by, I need to keep up. I need to know what's going on so that one day I don't wake up surprised to find that I can't have an abortion or that I'll never seen my international friends again.

Sure, staying informed is generally more depressing these days than remaining ignorant, but at least I understand where America lives within this crazy world, and how fast we're headed downstream. I need to know to throw on my life vest before I'm already in the water, and the news has become that warning sign.

So thank you Trump! I never thought I'd say that, but because of you, I am much more in tune with my laughter and my fear! Cheers! Here's to as little more of this as we can manage!