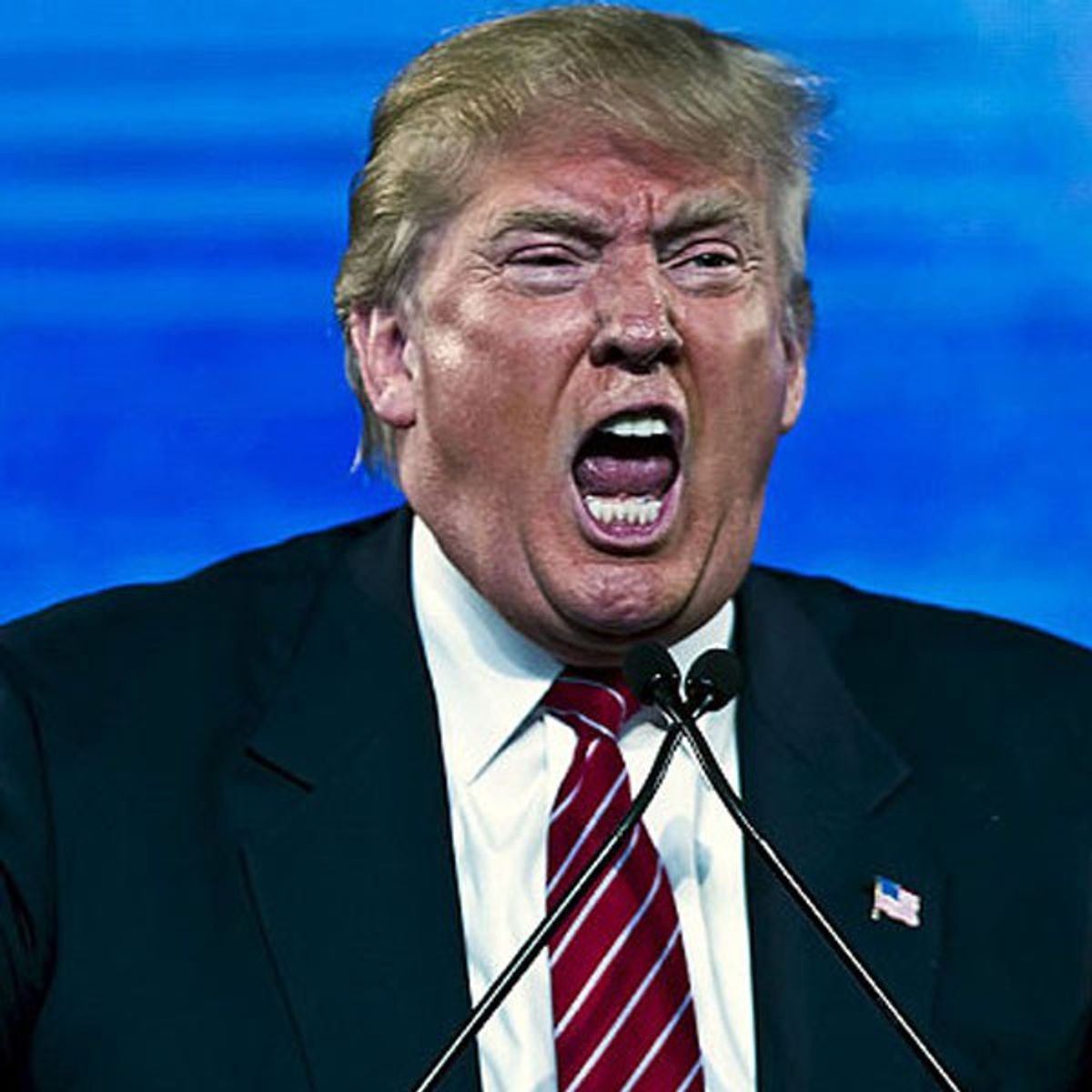 A few days ago, America and it's president showed their true color. A few days ago Trump refused to shake hands with German Leader Angela Merkel. Since his latest political stunt, Trump and other news sources that back him up, claims that he could not hear her. Now let me tell you why that is complete BS.

Not only does Trump look away every time she looks like she is about to speak to him, but Trump didn't want to hear anything she had to say. In the video, anyone can clearly see that he is close enough to where he can hear her and see her. Anyone who truly believes that he could not hear her might need to take a look at the video they have on the internet of the situation.

Trump is known for his shenanigans, especially with Russia. Even the FBI stated to the press this week that they are looking into the ties of Trump and Russia. It even surprises me that southerners, who tend to lean towards famous sayings about "hatin commies" seem to be all for a man who rubs elbows with the dirtiest Russian who might have ever lived (Putin).

Trump is not for the common people, he is for those that are willing to put money in his pocket and not ask for his income tax. Last week, Trump was in the papers again for making a wild claim that Obama and his team wiretapped Trump Towers. When the FBI denounced these outrages claims, Trump's response was, "I'm president, you're not."

Looking at how he has acted, I think it's safe to say that this man has lost his mind. He has the body of a seventy-year old and the mind of a five-year old. Not only that, but he is loosing his grip on reality and his family.

In his campaign, he took shots at Hilary for not being able to control Bill, but since becoming president, Trump's wife Melania has been staying in New York. He hasn't been able to control his wife into moving into the white house or performing her first lady duties. Instead, rumors have been circling around that Melania may not ever move into the white house and due to this, Ivanka and Jared Kushner are beginning to perform the first lady duties.

I don't know what book they read, but first lady duties are to be done by THE first lady, which is legally Melania. How can Ivanka perform first lady duties when as of two days ago, she's been hit with a class action lawsuit? Shouldn't it be illegal for someone else to do the duties of a first lady? Either way, it's safe to say that Melania is not an active first lady. It must be hard following in the footsteps of a great first lady that came before her, but it wasn't hard for her to write a speech, eh?

It all boils down to the fact that Trump has not been doing his job and he does not deserve this job. A president is not the way Trump depicts one to be and a president should never be this way. We, the american people, need to take a look at what's going on above us, because the piggy in the white house is up to no good. Oink oink, the piggy's in the pin.