True Life: I Did A Juice Cleanse
Odyssey
CurrentlySwoonLifestyleHealth & WellnessStudent LifeContent InspirationEntertainmentPolitics and ActivismSportsAdulting
About usAdvertiseTermsPrivacyDMCAContact us
® 2023 ODYSSEY
Welcome back
Sign in to comment to your favorite stories, participate in your community and interact with your friends
or
LOG IN WITH FACEBOOK
No account? Create one
Start writing a post
Health and Wellness

True Life: I Did A Juice Cleanse

Don't try this at home. 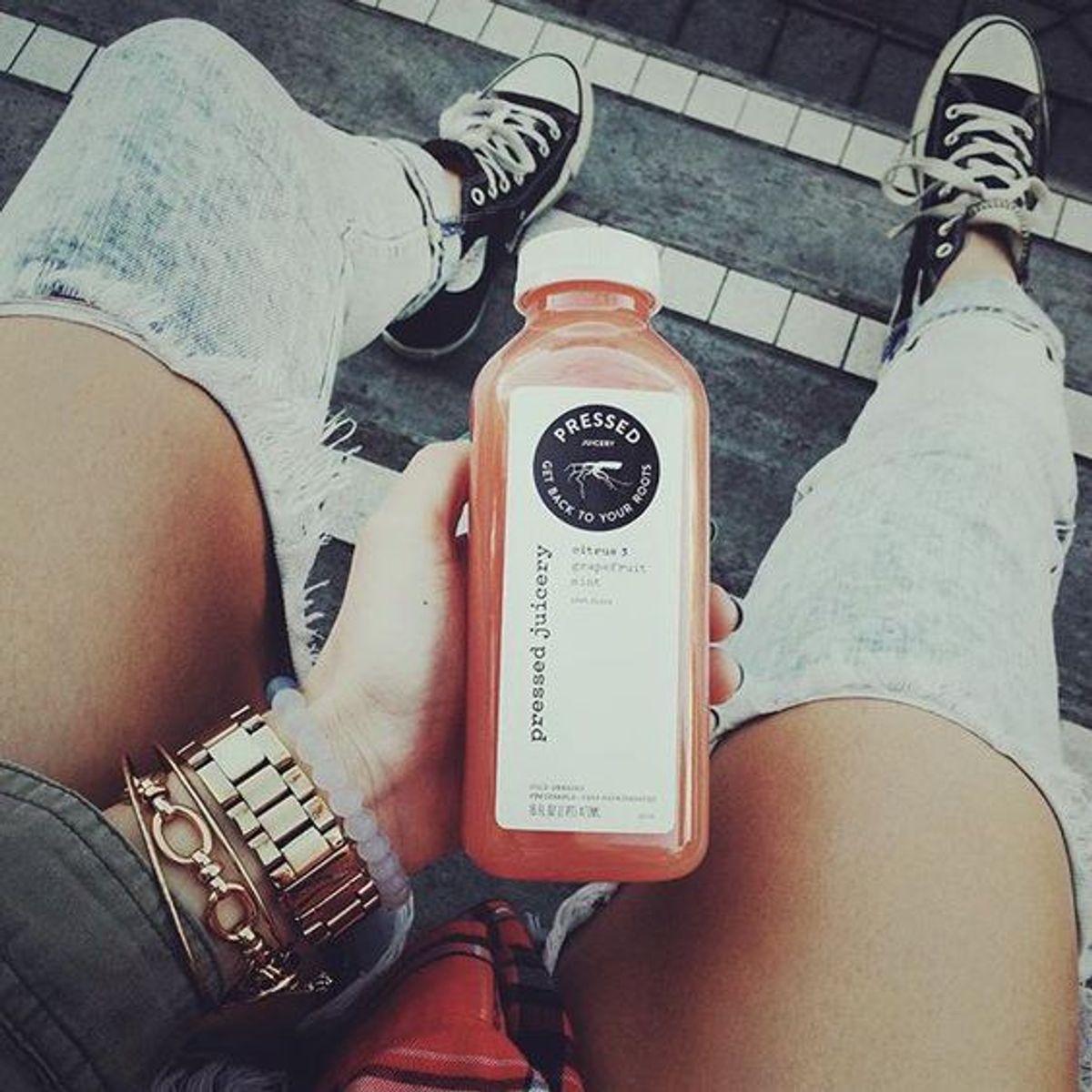 If you're looking for a story about how I lost fifty pounds, met the man of my dreams and/or won the lottery simply by the miracle of pressed juice, I'm sorry, you're going to be disappointed. I decided to do a cleanse because of my birthday. In other words, I think I ingested overall: an insane amount of fried pickles, mac and cheese, chips and approximately ten cookies in the span of one night because "calories don't count on your birthday" and was facing the worst sugar hangover of my life. After my birthday, as an older and wiser woman, I decided the best thing to do would be to consume solely liquefied kale.

Ok, chill, people. Before you start throwing facts at me about how bad juice cleanses are for you, you should know It was only a one day cleanse because of my severe lack of willpower/funds. You know how they say the best things in life are free? Well, a juice cleanse is most definitely the opposite of free. For the low price of fifty dollars and my will to live, I received six juices. If you know me, you probably also know there is no way this could've ended well.

Let me break it down for you. Learn from my mistakes. Don't do a cleanse if:

1. You have friends who eat solid food.

After drinking my first juice of the day, I was feeling great. Since I didn't have to waste time making solid food for breakfast, I decided to go to school early and get some studying done. This was my first mistake. I guess all that liquefied cilantro was going to my head because I failed to remember the place I was going to study is also an Einstein Bagels. I met up with a friend who couldn't decide between a blueberry muffin and a bacon egg and cheese bagel, so got both. That is when my stomach began literally eating itself. I weirdly smelled my friend's muffin in an attempt to kill my hunger and successfully looked like a weirdo to everyone around me. The cleanse was going great so far.

2. You want to keep those friends.

You know how the first rule of fight club is not to talk about fight club? The first rule of juice cleansing is to talk about how you are on a cleanse as much as humanly possible. Someone asks you what your plans are for the night? Tell them about your cleanse. Someone asks you what time it is? Tell them it's time for your next juice because you are on a cleanse. If you haven't guessed by now, this is extremely annoying to everyone around you. Your friends will resent you and think you have bladder problems because only drinking liquids all day makes you have to pee every two minutes. It's obvi the definition of a win-win situation.

3. You plan on seeing these friends in social situations.

If, at the end of your cleanse, your friends still like you enough to want interact with you, congratulations. I somehow managed to stay strong and drink all six of my juices, with an addition of a seventh "juice." That's right, by the end of the day, my friends successfully managed to peer pressure me into breaking my cleanse. Apparently my middle school D.A.R.E. class did not prepare me for how to "just say no" to alcohol in a juice cleanse situation. In my delirious, juice filled state, I was somehow convinced that red wine totally counts as part of a cleanse because it is liquid and made of fruit. Disclaimer: alcohol becomes very, ahem, effective, when you have gone without solid food all day, so don't try this last part at home unless you feel like casually blacking out on a Tuesday.

So, to all of you out there considering a cleanse, hopefully, my experience shed a little light on the whole process. I woke up the next morning feeling pretty great, but not nearly as great as I felt after the bagel I ate for breakfast. If this article has somehow convinced you to do your own juice cleanse, I wish you luck, you're gonna need it.