To My Best Friend's Girlfriend
Odyssey

To My Best Friend's Girlfriend

There's no point in being sorry anymore. 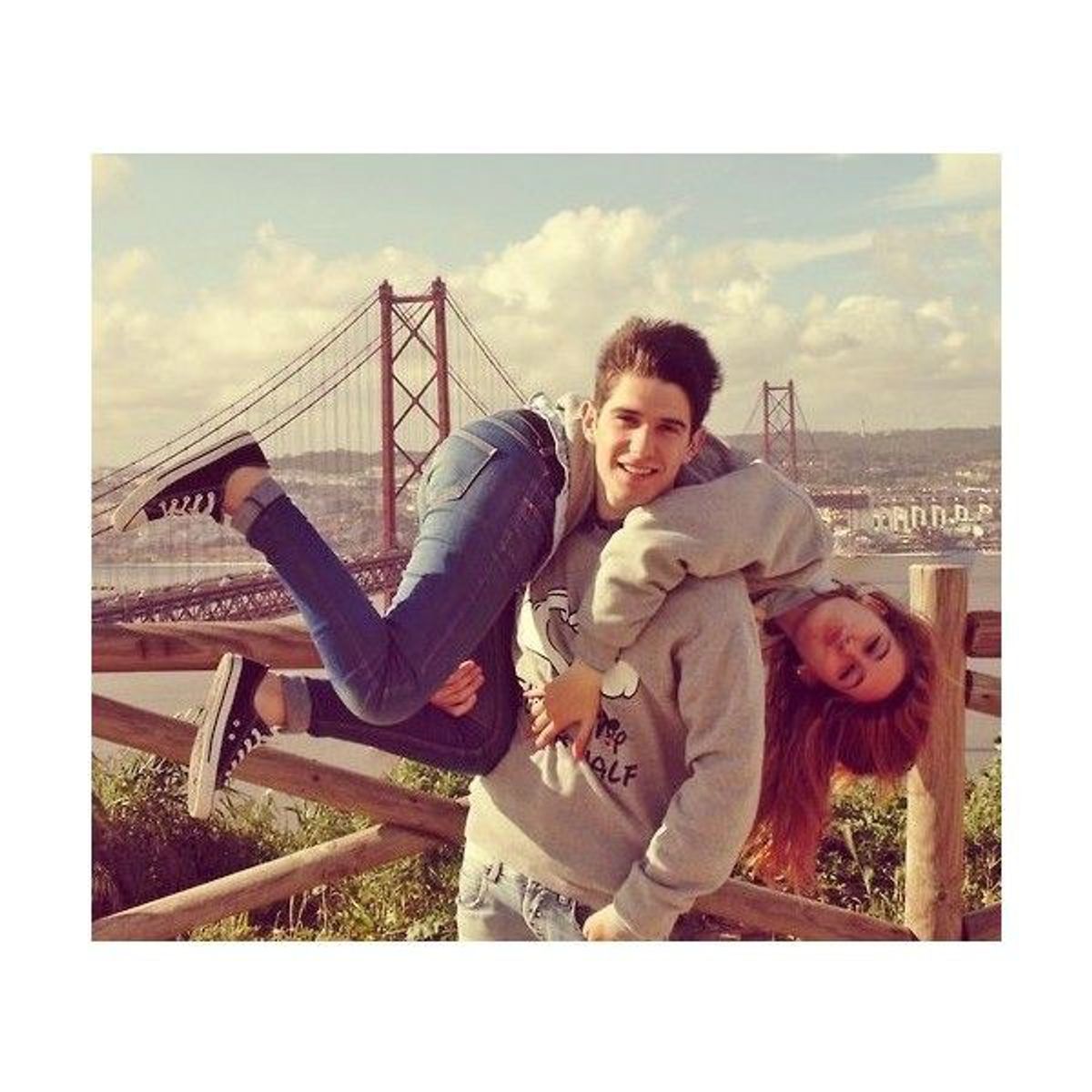 I've contemplated writing this for a few weeks because I don't want to sound immature or angry because that is not the type of person that I am. However, growing up with a best friend like your boyfriend has been one of the greatest experiences that I have ever had. No, I'm not jealous or hurt that he chose to date you. I'm hurt because he chose you over our entire friendship.

Throughout the eight years that we have been friends we have had our own set of arguments, verbal fights, and fist fights. He knew how to calm me down when I thought I was going to explode. He taught me to see the good in some people, even when I thought it was basically impossible. We were family. But now I can barely say three words to him before I remember that I am nothing in his eyes anymore.

No, I wasn't in love with him. I'm still not in love with him in the same way as you. I loved him in a way that helped me, and him, through the tough battles that we faced. We didn't have to go through them alone because we had each other. We knew everything about each other, which helped when we were upset and honestly couldn't speak to anyone else.

He was there when I went through the worst stage of my life, which included many tears created by a toxic relationship. The first time, he was happy for me. He saw how happy I was in the beginning, but then soon noticed that my mood drastically changed. There were many factors that contributed to him noticing how my feelings changed over the course of a few months.

He supported me through the arguments that I dealt with everyday. He helped me get through everything after being left by someone I thought I was in love with. He was my rock, shoulder to cry on, and therapist.

The second time I decided to make a poor decision regarding a toxic relationship, he threatened to cut me out of his life. I wasn't the most intelligent one back then, so I didn't believe that he would actually follow through with his decision. However, I soon learned that he wasn't kidding. I thought I would be okay without him to talk to because I had a boyfriend then, but I was wrong.

I was wrong to decide to choose a boyfriend over my best friend. When I eventually figured out that I needed to leave, he was there for me. He had offered to help me through one of the worst times of my life, and I'll always be grateful for the late night phone calls, long text messages, and the pizza/ ice-cream nights that we had after my break-up.

After the break-up, I realized just how much we had been through together. Looking back at everything, I see why it is so difficult to move on through life without my best friend. But, that was the decision he made for you. It's the decision that he'll have to live with.

Am I angry? A little. I'm not angry with you. I mean, you've done nothing wrong. You went to the person you trusted enough to spend your time with. I understand. I'm angry that I have to go see you together everyday, and know that we will never be the friends that we once were.

Don't get me wrong, I'm happy that he's happy with you and that you're happy with him. The world needs a little more happiness. However, I am a little hurt that he decided that I could no longer be a part of his life because he only had room for you.

But, what is this life without the hurt that comes along with it? I've always though of life as being your own piece of music. The movements that create the mile stones in your life, the different keys to represent the moods you've had through the years, and the many notes that make up every single day that you are alive. Think of a piano, with its black and white keys. The white keys may represent the good, while the black keys represent the bad. But in the end, they all make the music.

And, if losing my best friend to his best friend just means I hit a black key, I'm still grateful for the many white keys he was a part of. But, the song continues with or without him in my life.

Caitlin Marie Grimes
University of South Florida
6267
Beyond The States