What It Means To Be An American
Odyssey

What It Means To Be An American

A country built upon immigration 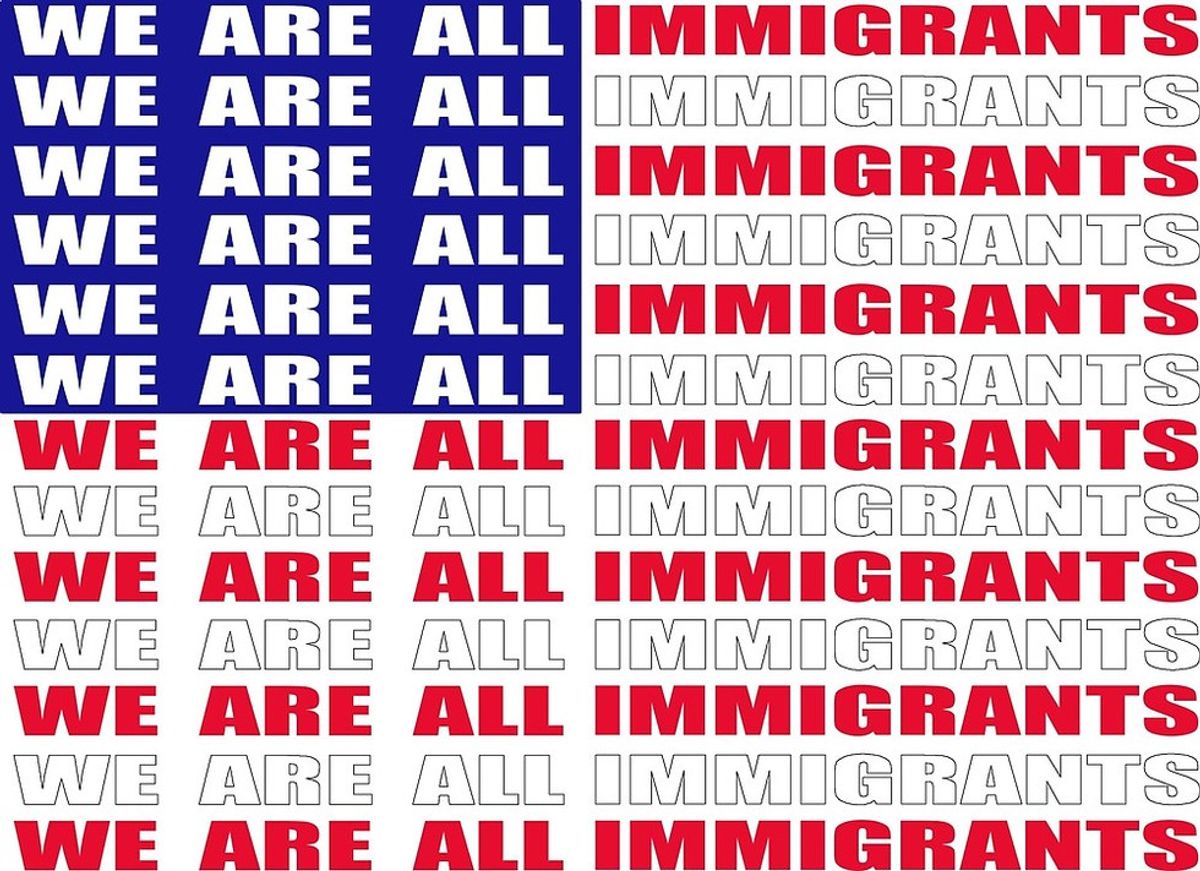 I’d like to ask you, today's America, what you think of when you imagine this country. When you hear the word America, what other words are the first to pop into your head? The first word that pops into my head is privilege. I feel like this word is often misconstrued when it’s used to describe things like America. When I say privilege, I don’t mean it in the sense that our country isn’t ravaged with war, and our people aren’t living in destitute huts, dying from diseases that they don’t have the medical care to solve. No. When I say privilege, I mean the privilege of being an American.

When I was younger, I thought being an American meant either being born in this country or coming into this country and gaining citizenship. I thought it meant living and working in this country, participating actively in society. As I’ve grown and have truly seen how my own country works, I’ve realized that this is in fact not what it means to be an American. You see, since the inception of this country that millions of people from all different backgrounds call home, to be American has meant to be considered white. Before you dismiss this article as simply another rant about the racism in our country, which is very much there, listen to what I have to say next.

The myth goes that one must assimilate in order to become an American, even after gaining citizenship. This, as suggested by the term myth, is untrue. Think of, for example, the Japanese American citizens who were wrongly mass incarcerated during WWII. Seventy-five percent of the people who were incarcerated during WWII were “natural-born” citizens of the United States. By standard definition, a citizen is anyone who is born in the United States, or who gains citizenship by proving their loyalty and knowledge of the United States through the process of attaining citizenship from the federal government. This is not, unfortunately, the working definition of a U.S. citizen. The reason I say this is because a U.S. citizen is meant to have certain rights and freedoms, certain protections. These privileges of being a citizen are not bestowed upon those who are not considered white. These privileges are not allowed to be had and used by those who are considered “foreign.”

The idea that I would like to present to you today is that this way of thinking, that to be a true American you must be a white citizen, goes entirely against the ideals that this country was built upon. You see, 95 percent of today’s American society is not actually American by the popularized standards. The thousands, if not millions, of people who claim that this country should only be for Americans, for people who are originally from here, are in fact not American by their own definition. Unless you are a Native American who is part of a Native tribe that was here long before America became America, you are not an American. Those very people who consider themselves “all-American” and a natural-born citizen are immigrants. They are in fact not naturalized citizens, but are instead Europeans who immigrated here in search of better lives and refuge. They are people whose ancestors determined that their own needs were greater than those who they saw as different from them, and those who had little means to defend their own homelands.

This country and all of its success was built upon the strength and hard work of immigrants who were privileged enough to be able to create their own citizenships and their own rules. Our very Constitution and Bill of Rights are the statements declaring Freedom of Speech, Freedom of Religion, Freedom of Assembly, the Freedom against persecution, and other basic human rights that state that we are all created equal. Even so, people in current society just don’t seem to understand that we are a country built around acceptance and the coming together of a diverse range of backgrounds and beliefs. To all of you out there who presently agree with the way our country is being run, I’d personally like to ask you to think about what it means to you to be an American, and what it meant to be an American when this country was founded. I’d like to ask you to think twice about who you tell to go back to their countries, about what human rights mean to you. The rights that we are all entitled to as Americans are being denied to an extremely large portion of our current population, and it is due to the misinformation that acts as the foundation of our privileged white citizens’ beliefs. No matter what non-white Americans do, no matter how “assimilated” they appear to be, they are not treated as Americans, and they do not have the rights that they deserve.