To All The Followers I Had Before... 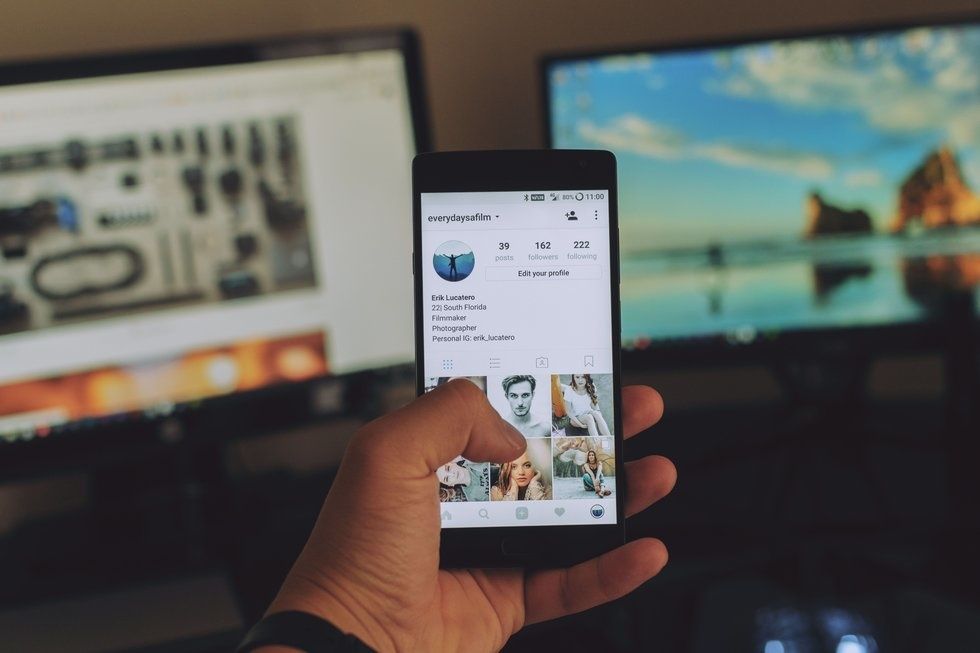 Currently, people are dieting for the upcoming summer season so that they can fit in their swimsuit or outfits to wear those cute outfits. These cute outfits will then be posted on social media to show all your followers that your living your best life, but is that entirely true? Most diets involve the physical components of food and exercise, but do people ever do diets to lessen their social media time?

Social media can be very addictive and later become a drug for many people as young as infants. Growing up in the Gen Z age (1995-2015), their wasn't a time where any child didn't remember the internet. Its our daily supplement of "happiness," and "entertainment," yet its not as fulfilling as one may think on a day to day basis. All the main social media platforms; Facebook, Snapchat, Instagram, Twitter, and YouTube hold two billion users and Americans spend on average seven hours a day on their cellphones. Also, it shows that sixty-one percent of Americans feel sad or depressed while checking social media throughout the nation. Now, I don't want to rip apart social media for these negatives, because their are some positives to this worldwide phenomenon. Frankly, it does give people the chance to explore the world through images on Instagram and chat instantaneously on Facebook. Although, if we were to limit our time on these platforms and devices in general, we may be more happy and be far more productive in this life that we have.

It wasn't until I saw a video by Casey Nesitat and Yes Theory where they went on a social media cleanse for their own mental health. So, with the impact that social media had on myself at the time, the motivation was greater and logged off for thirty days. Right after finals, I started cleanse on May 16th and embarked on this mind changing journey. Deleting all apps on my phone, tablet (except YouTube) and links on the computer (except YouTube), the boredom set in. With this wake-up call, it only became more lucid how addicted I was to this trend. Scrolling in the early minutes of waking up became absent and simply eating breakfast became a new experience for me. Although, during these times I only gave limited access to YouTube since it was for work and enjoyment purposes. Going to the gym, my rest between each set was less since I had nothing to check and the buzzing of my phone was less then. Connections with friends and family was limited to texts and phone calls, no dm's. Although, their was an increase of personal connections and I found myself going on more excursions with people. Additionally, these outings were more enjoyable because I was solely able to enjoy the moment rather than worry about a caption for the post that night.

Productivity was clear since the distraction of likes and views was absent making room to pick up new talents. Fixing new skills such as writing was adapted and improving new habits including meditation became clear. Also, rediscovering new passions such as art and soccer opened time for myself to focus solely on the objective of either kicking a ball or capture the subject at hand. Honestly, it was a time where I found myself reading more when others chose to scroll one more and making conversations became slightly easier. Reading especially opened my mind to other ideas to express in my writing and practice in my work environment that even opened to new doors for the future. Overall, partaking in activities that didn't involve technology became a more engaging process and increased amount of self-satisfaction rose beyond my control. Life became a more memorable experience since my eyes weren't attached to a screen.

Increasing my time with more hands on activities rather than observing my follower and like count, increased my overall happiness. Within past experiences, I can remember times where my emotions would run high due to the fluctuation of followers. It gave a constant felling of loneliness and deprivation of sleep, but during this detox my sleep increased and sleeping became an easier process. Who knew sleep was so important and life changing! Due to the greater amount of sleep my productivity soared even more allowing more meaningful needs to take center stage. It was these numbers that increased the anxiety and fear of life's challenges that prevented me to explore the wonders of life. Simple things such as communicating with others became others because of the absence of the screen. Avoiding isolation and putting my time to greater use by coexisting with others was clear in my phone usage that dropped throughout each week. Making the most of even the simplest moments gave a greater insight on life and brighter future for myself that ANY social media platform could have given.

Personally, the way these "anti-social," networks work is through actually preventing real emotion connection with any human being. Yes, Skype may be a face to face conversation on a screen, but its not giving a greater feeling of satisfaction. Twitter may give you the news, but without physically reading it similar to a newspaper, do you really feel any more informed? Snapchat allows you to start streaks with people, yet if those streaks are broken so is your friendship. Each of these platforms detaches people from the real emotional connection that life brings. Happiness becomes of a lessen priority and satisfaction becomes the finish line. Happiness in an environment that is organic similar to the outdoors or disguised such as social media, becomes more meaningful. It is not just social media to blame for the absence of feeling and disillusionment, technology in all forms is the main culprit. Our screens in general are everywhere and avoiding them will become a greater challenge due to the rising of impatience in our society. Just look at any public transportation and the environment of heads to the floor is the norm. Now, we change change this routine by restricting our time on these screens and social media. Start small with friends and family, by encouraging more trips and gradually practice with the public by starting conversations with strangers. Or, simple go on a personal digital detox for a certain amount of time.

Lets make this life more enjoyable and put down the screen to savor moments that everyday brings, big or small.