You better hope she doesn't get criticized for her fashion sense instead of her ideology. 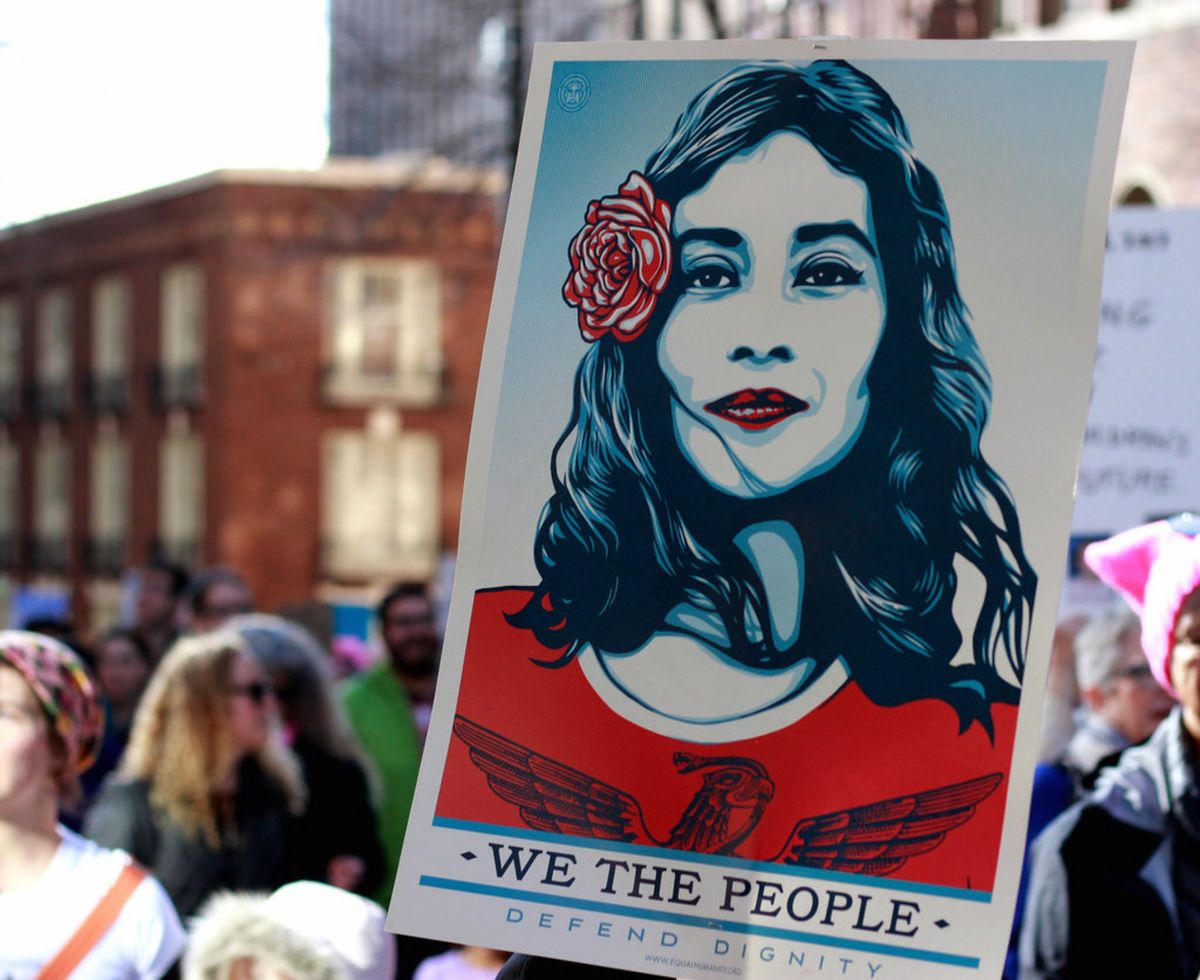 A couple of weeks ago I watched "Miss Representation," a documentary that explores how women are portrayed in American media. Something that really bothered me in the documentary was the crass and disgusting depiction of female leaders like politician Sarah Palin and anchor Katie Couric in the media by male reporters, radio hosts and ordinary citizens. As the documentary showed clips of how these accomplished women were being stripped down (figuratively) to what they wore and their childbearing capabilities instead of their qualifications by these men, I only had one thought: "What would their mothers say if they saw their sons degrading these women like this?"

In the world we live in, it's not unusual to hear about men putting down women regardless of any social progress that has taken place. I knew there were misogynists and disrespectful people out in the world, but the way these men were talking about women had me dumbfounded. For example, a clip in the documentary showed a recording taken by a member of the audience that zoomed in on Palin’s legs as she spoke during one of her campaigns, and there was another clip of a radio host calling Couric a "female dog that dressed like a woman that goes around" — using much more crude terminology.

Don’t they understand that the reason they exist is because a woman went through nine months of hell for them? 50.4 percent of the world's population is male, and 100 percent of those males were birthed by a woman.

One reason people worship a god or follow a religion is usually to show gratefulness for their existence. I’m not saying all women should become mothers to gain respect. If men applied this idea of respecting the person who “created” you (your mother, if you haven’t caught on yet) then women definitely wouldn’t have to deal with senseless men taking every opportunity to make a comment about how we aren’t suitable for anything besides household chores, because hopefully, they would make the connection early on in life that mothers are women. Therefore, all women should be shown the same respect that would be shown to their mother.

Honestly, how is this not in effect already, though? I know that if my little brother went around talking crap about women, my mother would let him have it. Sometimes, he thinks it’s cool to say something stupid about girls (because cooties are apparently still a thing…) so my mother and I spare no effort in making sure he understands that women are his equals, and no, we do not have cooties. Learning to show respect starts from childhood.

In addition to joking about getting one of our influential women in their bed (they better be joking or so help me, Bob), I’ve noticed that men have become quite the fashionistas. They seem to know all about what skirt length or neckline shape makes a woman indecent or suitable for public appearances.

Before I continue, I would like to make clear that the U.S. Constitution states that no one is "eligible to that Office [of President] who shall not have attained to the age of thirty five years” and that the average age of U.S. Presidents is 54 years and 11 months. This would entail that for the 239 years that America has been a country, we have been lead by grey-haired, wrinkly men who only wore suits. So how is it that men are able to criticize what women are wearing on the news or during campaigns when these very women look way better than whoever is leading the country as of right now?

Don’t tell me about men wearing Giorgio Armani suits or Rolex watches when I know these women are slaying with their beautiful brains and whatever they've decided to wear. They certainly have enough sense to determine what is appropriate for the occasion, and they certainly don’t need some man gossiping like, "I can’t believe she left the house wearing that!" Well John, I can’t believe you left the house wearing a plaid shirt with a striped tie.

The point is that there are a lot of men who don’t understand that we’re in the 21st century. Women make up 47 percent of the US labor force compared to 30 percent in 1950, thus we’ve come too far to be stopped by their immature comments and behavior so they might as well stop and show us the respect we deserve. If womankind can carry these dense humans in our bodies for nine months, then it’s a given that we can accomplish a whole lot more.
Report this Content
This article has not been reviewed by Odyssey HQ and solely reflects the ideas and opinions of the creator.